Eye on the ball – Danny Cipriani by Stephen Simpson

Home Eye on the ball – Danny Cipriani by Stephen Simpson 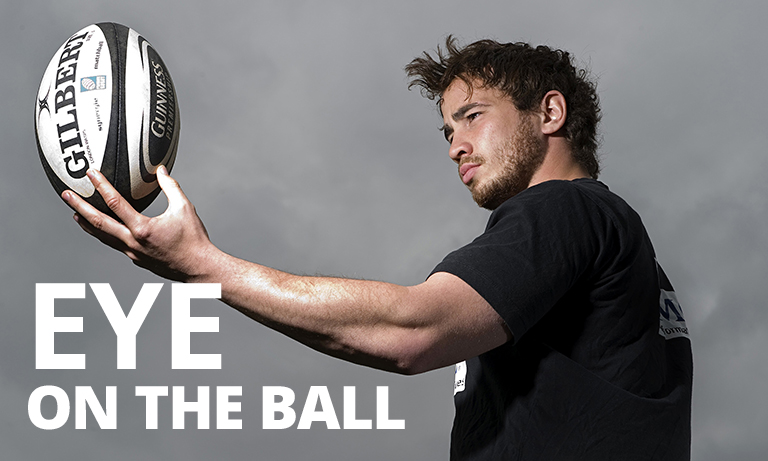 At just 27, Danny Cipriani is one of rugby’s best-known stars. Despite controversy off the pitch, many hope to see his talents in action at this month’s World Cup. Dr Stephen Simpson writes

Excitement is mounting as the Rugby World Cup returns to Great Britain this month. Will this be the year that England wins the cup on home soil? Or is the team’s emphasis on possession, strong tackling and risk averse strategies doomed to failure in the new order of world rugby?

There is one England player who is never very far away from controversy and excitement. Some commentators consider him to be one of the most gifted players ever to wear an England rugby shirt. If my straw poll is an accurate reflection of current opinion then this man is the outstanding personality in the England squad.

People who know very little about rugby will name him without hesitation as their favourite player, whilst many rugby pundits do not think that he should even have been selected for the squad.

His name is Danny Cipriani and he is a 27-year-old English rugby union player. His current team is Sale Sharks, and he has also played for London Wasps,Melbourne Rebels and England.

As with many athletes, Cipriani’s talent was spotted at a young age, and he excelled in other sports too. At school he played at county level in rugby, cricket, squash and soccer. He decided that he would concentrate on rugby and joined Wasps Academy in 2003 and played for the first-team in 2007 in the fly half position. Cipriani played for England at junior levels and almost made the England squad for the 2007 Rugby World Cup.

He was selected for the England squad for the 2008 Six Nations championship. Like many rugby players his problem was finding a place in a winning team in his chosen position. Jonny Wilkinson was then the current England fly half and the first pick for the selectors. However the selectors always recognised Cipriani’s talent and so he was picked to play at full-back in 2008 against Scotland.

It is never easy to reproduce top form when playing out of position, even though there are some similarities between the skills required in both positions.

Cipriani was given his chance at fly half against Ireland in March 2008 and played well, scoring from all of his goal kicks and was also praised for his tactical game too.

All athletes fear injury, and rugby is a ferocious contact sport with a consequent high injury rate. Cipriani fractured his ankle in 2008 playing for Wasps and so was unable to participate in England’s tour of New Zealand. He recovered from this injury much faster than expected and reappeared playing for Wasps in October 2008. Commentators believed that he was playing as well as ever, if not even better.

Cipriani played again for England in the fly half position in 2008. However his form was poor and he did not keep his place. The following year Cipriani was again injured playing for Wasps and missed out on the autumn Internationals in 2009. This injury kept him out of the game for  a further two months.

In February 2010 Cipriani made the unusual decision to leave Wasps and join the Melbourne Rebels in Australia.

He must have realised that this would have made it more difficult to regain his England place, not least because the selectors would be unable to directly observe his playing form.

At the time, England manager Martin Johnson was quite clear that any player opting to play for an overseas team would not be eligible for selection. Nevertheless Cipriani completed his move to Melbourne at the end of 2010.

As the present England head coach, Stuart Lancaster also adheres to this restrictive selection procedure. This means that European player of the year Nick Abendanon and his predecessor Steffon Armitage are unavailable for selection.

Many rugby fans believe this policy is wrong, unfair, and deprives England of the talent that they so badly need to compete successfully at the highest level. The only other major team still applying this policy is New Zealand.

However in 2012 Cipriani returned to England and was awarded a contract with Sale Sharks and joined them the following season. After a long absence Cipriani was again called up to the England squad for the 2015 Six Nations, and played one game against Italy.

So will we be watching the genius of Cipriani in full flow playing for England in the Rugby World Cup?

There is intense competition for the fly half position. Cipriani has two competitors in the squad, Owen Farrell and George Ford, who are aged 23 and 22 years respectively.

So both are younger than Cipriani, and with 290 and 109 international points to their names they have considerably more experience too. So he is unlikely to be the first pick, especially for the most important games. However with injury the ever present threat to all players his opportunity may come when least expected.

There is another threat to Cipriani’s return to the international stage. His highly public misdemeanours off the pitch include being dropped from the England team prior to his debut following a nightclub visit shortly before a match in 2008, and being knocked over by a bus on a pub crawl around Leeds in 2013.

When Bailey interviewed him in March, Cipriani shared the success strategies that he has used to limit the self-destructive tendencies which temper his creative genius. His efforts have been rewarded, as his recent form for Sale Sharks has been outstanding.

So the last thing he needed was another potential disciplinary incident. In June 2015, Cipriani was involved in a car accident which may lead to a charge of drink driving. Cipriani claims to be innocent and if he is subsequently cleared of this offence it must still be a major distraction for him. All of his energies and mental focus should be directed at preparing for the Rugby World Cup.

If he is eventually convicted it could be the end of his international career. The good news for Cipriani’s army of supporters is that he has been released on bail by the police, and no decision about him being charged is likely before November. By this time the Rugby World Cup will have finished, and therefore Cipriani is still eligible for the England squad.

Before rushing to condemn Cipriani and without condoning his behaviour either, we should bear in mind that genius is a fragile flower and rarely comes without a high price. How many stupid things did we do when we were his age?

One of the success strategies that Cipriani shared with Bailey during their interview was to surround himself with close friends and trusted advisors. One of these advisors is Steve Black, who is a mind coach.

In their interview Cipriani said: ‘He is good to chat to, and we talk about rugby and all sorts of other things. He is someone I can always bounce ideas off.’

England fans are fervently hoping that Steve Black’s chats will be successful in taming the dark side of Cipriani’s undoubted genius. It is more than possible that England will desperately need his unique skills in their toughest hour.

If Cipriani is playing anywhere near his best he can be a match winner.

Dr Stephen Simpson is a Fellow of the Royal Society of Medicine, and Elite Performance Director. He regularly appears on TV and radio, and his clients include leading names from the diverse worlds of sport, business, the entertainment industries and professional poker. Dr. Simpson is also a best-selling author, actor, and presenter. His articles appear regularly in leading newspapers and magazines. Full details can be found at drstephensimpson.com