Why You Should Do Yoga, Now! by The Best You

Home Why You Should Do Yoga, Now! by The Best You 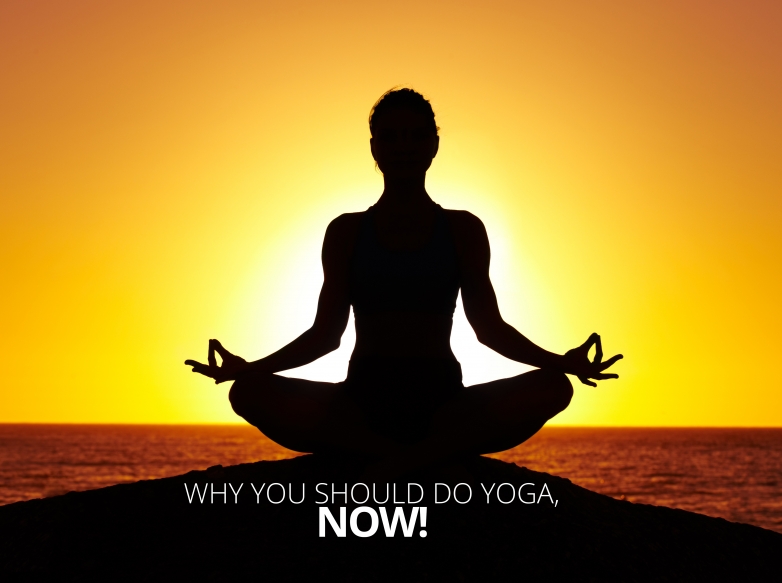 Yoga is a classic exercise regime that many people say has transformed their lives and their wellbeing. So what does yoga do for you, and what’s the evidence? The Best You explores.

The term “yoga” fi rst appears in Hindu scripture around 400 BC, where it is defi ned as the steady control of the senses alongside stopping mental activity, aimed at leading to a higher state of consciousness.

Yoga first came into being as a recognisable system in the fi rst centuries of the Christian Era in India. The “Yoga Sutras of Patanjali”, a collection of writings aimed at spiritual consciousness included a strong element of meditation, breath control and physical exercise. The “Yoga Sutras” pulled together a very long tradition of yogic practice. Patanjali’s yoga is about meditation and control of the mind. What we think of as yoga in the West comes from Hatha yoga, first formulated around 900 AD. It combines meditation, breathing control and the adoption of certain postures that can be strenuous.

Yoga first came to the mass Western public in the 19th Century. In the 1890s, Swami Vivekananda toured Europe and the US teaching his system.

In the 1960s, interest in Hindu sprituality reached a peak, leading to a yoga boom. The second “boom” followed on in the 1980s, in which it was advocated as a form of exercise, and largely separated from its associations with 60s counter-culture spirituality. Today, there are 20 million yoga followers in the US alone.

Find Out More About Yoga

Yoga is popular throughout Britain, so there are classes near you. Always choose a certifi cated teacher. The Yoga Alliance offers a 200 hour programme in order to become certificated.

Yoga can be used to treat cancer patients to reduce insomnia, depression, pain and anxiety. Mindfulness teaching often incorporates yoga to help reduce stress. The emphasis on exercise, meditation and breath control in Hatha yoga can be helpful for heart patients.

Best You writer Matt Wingett, one of the staff of Best You performed an experiment by attending yoga classes and performing yoga exercises for one month. Matt reports back: “At first I found the control of breathing alongside physical exercise surprisingly strenuous. I suppose I’m a bit of a couch potato, and getting up every morning to do half an hour of stretching was pretty alien to me. About a week in, however, I really began to notice differences. After doing my yoga postures, I found my mind was sharper, that I was able to concentrate for longer and that my general sense of wellbeing lifted. “I stayed the course for the full month, and by the end of it I felt more agile, more generally relaxed and happier. I found that I got on with workmates better, too. Overall, I’d say it was a positive experience, and I will do it again in the future.”

FACTS: Celebrities who have embraced the power of yoga, include Mick Jagger, Jennifer Aniston, Sienna Miller and Russell Brand.