Evolving Being in Action: Jill Bolte Taylor By Evita Ochel 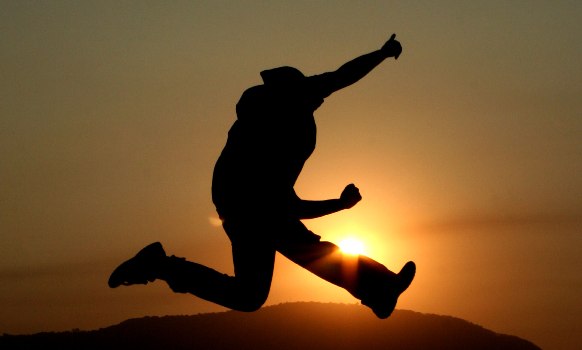 I am a frequent visitor to TED – Ideas Worth Spreading and love their video talks and content! You can find amazing videos there on almost any topic and they are usually very valuable resources or just fun to watch for personal interest. I recently had the chance to discover a great talk given by Jill Bolte Taylor, which fits in so well with discovering higher awareness levels.

On Sunday May 25th The New York Times wrote an article on Dr. Jill Bolte Taylor, entitled “A Superhighway to Bliss“. In this article, New York Times even referenced Evolving Beings and the essay present here about this “now famous” neuroanatomist. Jill was also featured in Time Magazine, as one of the 100 most influential people of 2008 and also has a best selling book.

Within a few months, Jill’s life was transformed, but at the same time many lives were transformed because of her. Jill Bolte Taylor is not the latest “fad” or an icon however. She is a stroke survivor, a doctor, a scientist, an amazing individual – but above all an enlightened being who chose to turn something society labels as bad, into something extraordinary!

Through all this she has made it into the spotlight and with that comes unfortunately in our society, a big price to pay. In this essay I will share some of the challenges that this woman who is quickly changing lives is facing from a positive and negative stand point.

Jill Bolte Taylor is a well respected neuroanatomist. Jill was what one can say a “regular scientist”, who prized herself on logic, research and scientific left-brained thinking, that was until the day she had a stroke. In the TED talk video below she explains her experience while she was having a stroke and recollects what happened to her piece by piece and what profound effect this had on her level of spiritual awareness.

I found this video really astounding and could not believe what I heard come out of her mouth. It is miraculous how during a tragically vulnerable experience, this woman had the power and strength to raise herself to a higher awareness and turn a medically devastating stroke into a “stroke of insight”. Through this experience she not only changed her own life, but now is changing the lives of others.

The Downside of Inspirational Fame

One of the worst parts about being in the spotlight is that there are now so many people who choose to disagree with you. Some people have valid arguments, while others just do so out of spite. Some people just do not like to feel like there are people out there who are in some way “better” than them and hence they pick apart the person, focusing on whatever so called “downfall” of theirs that they can. Those who live out of their true essence, understand this as nothing more than our mere ego’s struggle for survival.

One of Dr. Taylor’s biggest obstacles is being taken seriously by those around her, never mind her colleagues. Telling people that you “disconnected from your left hemisphere” and had “nirvana like experiences” doesn’t usually go past people asking “what were you on?”

I feel that it is too bad, that some of us need to have everything backed up with proof and make scientific sense to us as I know we are missing out on a lot. Sometimes the mystery is the answer. Some of the best and most beautiful occurrences in the world to this day cannot be explained by science.

I also think it is too bad that some of us feel the need to be so skeptical and cynical when it comes to the beautiful, innocent or unexplainable things in our world. It is the one thing I admire most about children and try to practice retaining myself that innocence and imagination, to avoid seeing the world like some: as an ugly, dark and hard place to be in.

How can one after all convince another of “an experience”? If I experience something, who is anybody else to tell me that I am wrong or delusional, etc? That is why sometimes we have to look again at how we define even those in our society who are mentally ill. That is a label we chose to give them because they do not “think” like us. But who says, our way of thinking is the right or only way to be. A close example of this is Dr. Taylor’s brother, who as the New York Times says is convinced he is in direct contact with Jesus. Many may dismiss this as “crazy”, but it is no crazier than fighting other humans on this planet.

And such is Jill Bolte Taylor’s obstacle. Many people welcome her book, words and experience with open hearts and minds, while others pick apart her experience, for no better reason than just because it is outside of their own realm of thinking and being.

She is lucky though in one huge area, in that she is a well-respected scientist. Can you imagine if the average person had this experience, not for one second do I believe that their message would have gone where Dr. Taylor’s has. The person would have been dismissed probably as delusional and that is as far as it would have gone.

In Dr. Taylor’s case however, this turned out to be taken seriously by many, despite the cynics. The reason for this is that she was able to back it up with science based on her line of work and fortunately or unfortunately, that makes a lot of people “feel better” and take things and her more seriously.

The Upside of Inspirational Fame

How does one describe the benefit, the gift and the wisdom that this woman has brought forth?

After seeing Dr. Taylor’s TED talk for the first time, I was literally blown away. I have up to now read many spiritual books and heard from various enlightened masters. And here was this woman describing her stroke and entering a level of higher consciousness than one can imagine ever doing at such a vulnerable time.

After that I read her book and watched her Soul Series with Oprah, the last one by the way, and I just could not hold back the flood of emotion. Through her words and experience, she invoked in me first and foremost such a stillness and peace when it came to just the idea of strokes, let alone the whole area of spiritual growth. Now before I go on, this is not to say that I think now that all strokes lead to enlightenment, but just that from what society views as such a negative experience, she was able to look above it and beyond it to the transformative power something can have on us if we allow it.

Just think what the average person in her shoes would have done, first panicked and then wallow in self pity. Well not Jill, she grabbed hold of this experience and took from it the highest, most beautiful message anyone ever could have!

Her TED talk was inspiring, her interviews are moving and her book is captivating to say the least.

She is not preaching about conversions of any kind, what she is doing is opening the door between our closed up minds and conscious living wider and wider. And today with the phenomenal movement of awareness that our planet is experiencing, there could have come no better time for Dr. Taylor to share her experience and her message.

Like I said in the intro, for the average person she may be a media icon and a near celebrity and as soon as the next best thing arrives will be forgotten and placed into the archives. But for those who are seeking self-growth and inviting conscious living on a higher and higher level into their life, she will be a lasting inspiration. At least I know that is how I will always see her.

I love her messages of peace, unity, oneness and humane living. I love her upbeat and happy personality and her contagious smile. I am inspired by her wisdom and courage. I learn from her on how to live out a more right brain experience. And above all I share in her beliefs of how powerful we are in taking control of our feelings, emotions and thoughts and using them to our advantage in any given moment.

So just as I have benefited and been inspired by her experience and her message, so are millions of others around the world as we speak. And the TIME magazine cover may come and go, but her experience will live on in the minds and hearts of those who are sharing her path to a higher, more conscious life and unified existence.

My Stroke of Insight: A Brain Scientist’s Personal Journey