Elizabeth Cady Stanton: So much more than the vote

Home Elizabeth Cady Stanton: So much more than the vote 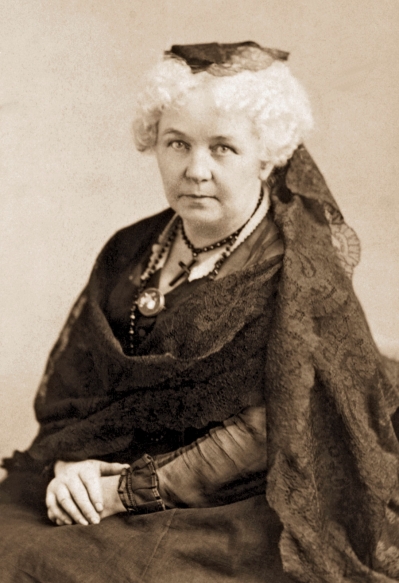 As was common in the nineteenth century, Elizabeth Cady Stanton was raised in an extremely large family by today’s standards. She was the eighth of eleven children, however several were lost to either birth complications or the rigours of life at the time.

Stanton was indoctrinated into the ways of the law, and how it could be manipulated, when her father, a noted lawyer and former Congressman, exposed her early and often to the inner-workings of his profession.

Stanton’s mother herself was an imposing figure, and hailed from a line of American settlers that fought in the country’s revolutionary war. As such, Stanton’s blood seemed destined to course with curiosity and stubbornness.

It was these traits that caused her to wonder why women at the time had virtually no rights, no claim to property and really no claim to their own children. Throughout her education, Stanton remained in pace and often overachieved the boys by whom she was surrounded. She received higher education at an all-female establishment, as colleges at the time accepted only males. This was a turning point for Stanton.

Through her natural motivation to fight against female oppression, Stanton also gravitated to another movement that sought to empower the oppressed: abolitionism. This dual fight created in Stanton an unquenchable thirst to help the disenfranchised of the time. Stanton finally achieved her life’s purpose when, along with Susan B. Anthony, she led the women’s suffrage movement to victory, handing women in the United States the right to vote.