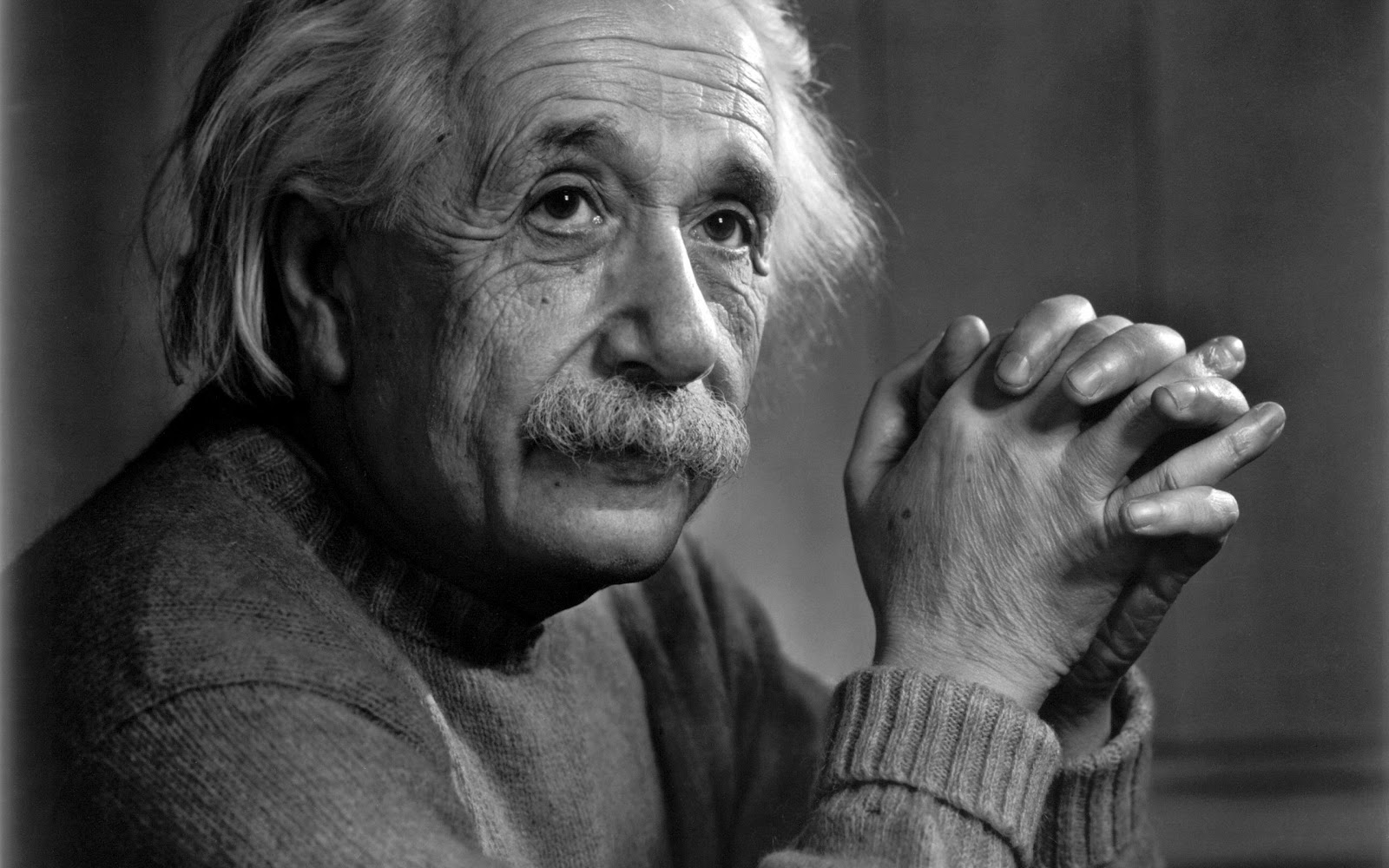 Everything that the human race has done and thought is concerned with the satisfaction of deeply felt needs and the assuagement of pain.” -Einstein

A great mind is not constrained by specialization. Albert Einstein’s genius illuminated religion, politics, and education as well as science. When I came across Einstein’s theory of religion several months ago it immediately changed the way I think. Einstein begins with a discussion of the nature and origin of religion.

With primitive man it is above all fear that evokes religious notions- fear of hunger, wild beasts, sickness, death. Since at this stage of existence understanding of causal connections is usually poorly developed, the human mind creates illusory beings more or less analogous to itself on whose wills and actions these fearful happenings depend.

Einstein also explains why early fear based religions evolved into the moral religions of modern times.

The social impulses are another source of the crystallization of religion. Fathers and mothers and the leaders of larger human communities are mortal and fallible. The desire for guidance, love, and support prompts men to form the moral conception of God. This is the God of Providence, who protects, rewards, disposes, and punishes; the God who, according to the limits of the believer’s outlook, loves and cherishes the life of the tribe or of the human race, or even life itself; the comforter in sorrow and unsatisfied longing. He who preserves the souls of the dead. This is the social or moral conception of God.

Einstein goes on to explain how the development from the religion of fear to the moral religion begins in the Old Testament and continues in the New Testament. To this day, religion is a mix of fear and morality, with the moral religion predominating in civilized societies.

The crux of Einstein’s theory is the next idea. When I read it I realized that it put into words a feeling I had never been able to express.

Common to all these types is the anthropomorphic character of their conception of God. In general, only individuals of exceptional endowments, and exceptionally high-minded communities, rise to any considerable extent above this level. But there is a third stage of religious experience which belongs to all of them, even though it is rarely found in a pure form: I shall call it cosmic religious feeling. It is very difficult to elucidate this feeling to anyone who is entirely without it, especially as there is no anthropomorphic conception of God corresponding to it.

The individual feels the futility of human desires and aims and the sublimity of marvelous order which reveal themselves both in nature and in the world on thought. Individual existence impress him as a sort of prison and he wants to experience the universe as a single significant whole. The religious geniuses of all ages have been distinguished by this kind of religious feeling, which knows no dogma and no God conceived in man’s image; so that there can be no church.

It is the most important function of art and science to awaken this feeling and keep it alive in those who are receptive to it.

The cosmic religious feeling is the strongest and noblest reason for scientific research.

Einstein’s theory confirmed what I have always believed: that there is a form of religion independent from any church or belief system. We don’t have to choose between believing that God is a white-haired man in the sky and not believing in God at all. The cosmic religious feeling is the highest level of human perception. It moves beyond the purely human constructs of fear and morality and attempts to conceive the universe as a perfectly unified whole. The cosmic religious feeling is rare and mysterious, but it is real. It is important that all who are receptive to it develop the feeling in themselves and share the idea with others.