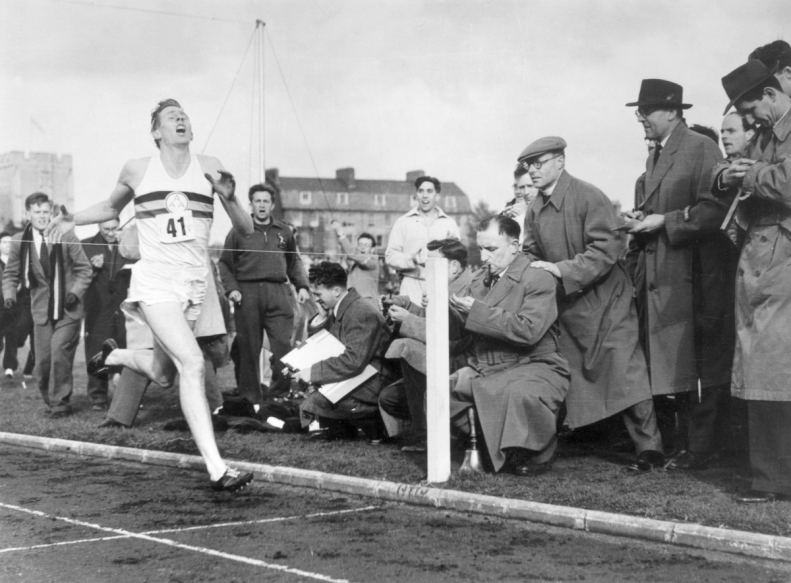 On May 6 1954, British runner Dr Roger Bannister ran a mile in three minutes 59.4 seconds. He was the first human being to run the mile in under four minutes. It was a record that changed what people thought was possible.

Born in 1929, Bannister’s early inspiration was Sydney Wooderson, who made a remarkable comeback in 1945 by setting a new British record in this race after setting the mile record before the war.

Bannister began his running career in 1946, at the age of 17. Inspired by attending the 1948 Olympics, he set his sights on the 1952 Helsinki Olympics. When he failed to win a medal, this merely stiffened his resolve to to be the first four-minute miler.

Once he’d proven it could be done, others followed. His record was broken 46 days later, and after that, the floodgates opened wide. Six people broke the world record that year.

Bannister went on to become a distinguished neurologist and Master of Pembroke College, Oxford, before retiring in 1993. When asked whether the four-minute mile was his proudest achievement, he said he felt prouder of his contribution to academic medicine through research into the responses of the nervous system.

Roger Bannister is a rare athlete. Naturally gifted and hugely determined, he changed the way people thought about sport. At the same time, he is a massively modest man who underplays his contribution to sporting history. – Bernardo Moya

“The man who can drive himself further once the effort gets painful is the man who will win.” – Roger Bannister

Get Your ONE year complimentary subscription to The Best You magazine. Here.