How To Do Happy, now! by Lori Deschene

Home How To Do Happy, now! by Lori Deschene 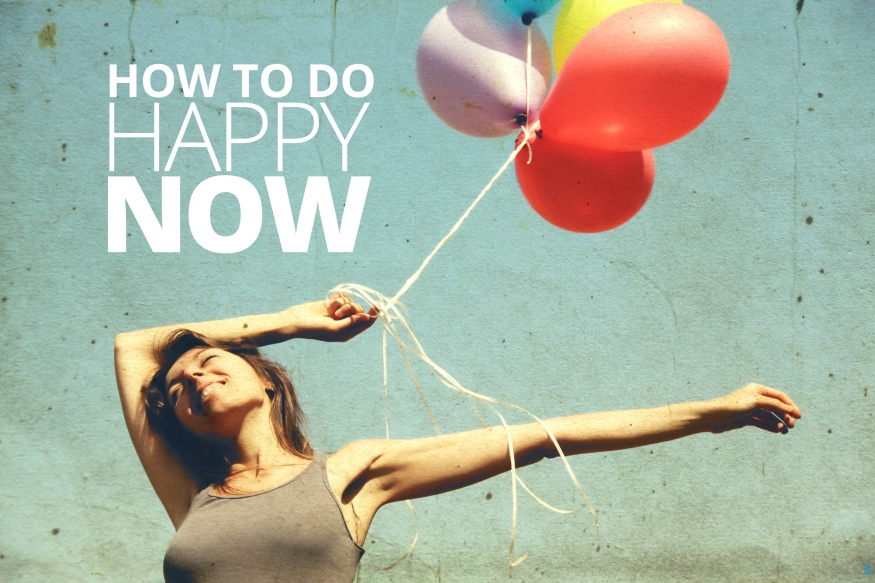 “I could never make a living while traveling the world; it’s just not realistic.”

“I don’t have the money to go back to school. I’m stuck in this dead-end temp job.”

Most people dream of doing something that gives them a sense of excitement and purpose. Only some people believe in the possibility of that meaningful, exciting reality. Even fewer people pursue those goals in the face of adversity and discouragement.

Belief in possibility and the willingness to try can mean the difference between feeling alive and feeling stuck. Even if you don’t get where you’re headed, believing you can and working toward your dream is more powerful than you realize.

The woman who spends her days going to auditions—she may not be a famous actress, but she’s an actress who could find work, work that may lead to opportunities she can’t even imagine.

The man who wants to bike across the US someday—every hour he devotes to training increases his chances of achieving his goal. Every time he dots an i on his dream-to-do list, he’s one step closer to actually doing what some people say he can’t.

There will always be people who doubt you. People who think you should do what’s easy, customary, and reasonable. Sometimes you may even be one of those people. Don’t think about them today. Instead, think about one simple step.

Maybe it’s the first thing you need to do. Research scholarship programs. Request a job application. Schedule a lesson. Or maybe you’ve already made some strides, but there’s still more to be done.

Whatever the case may be, do something today. Take that step with faith in your ability to become who you want to be. Even if you have a lingering doubt in the back of your mind, suspend it for just a short while and believe in your potential.

A small step won’t turn fantasy into reality. But one step leads to another, which leads to another, and eventually creates change. You never know where your steps will take you in life, but they’ll take you a lot further if you visualize where you want to go and act as though you can get there.

Do happy. It’s something you’re due.

About Lori Deschene
Lori Deschene is the Founder of Tiny Buddha. She recently launched her Tiny Wisdom eBook Series which includes one free eBook. Follow Lori on Twitter @tinybuddha for inspiring posts and wisdom quotes.