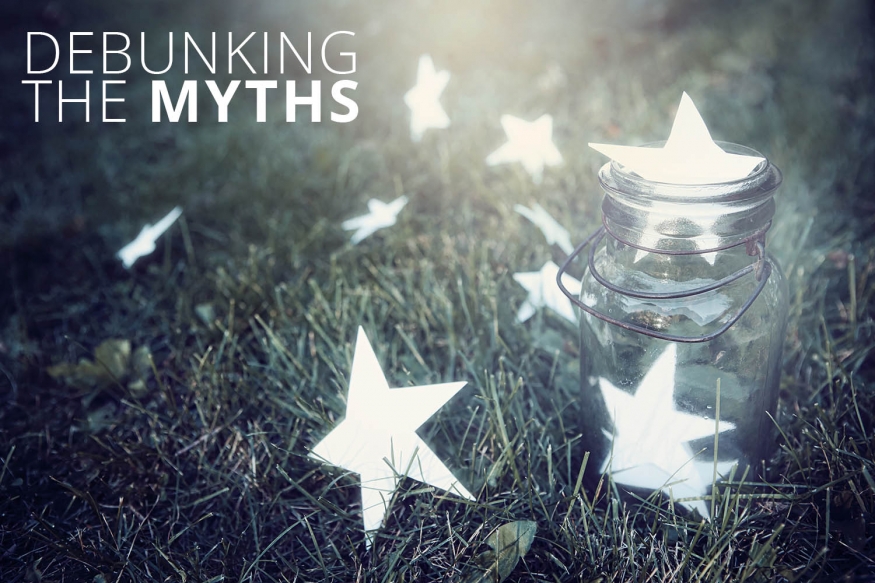 Last year, Ben Ambridge’s TED talk challenged the myths of psychology – here he shares his insights and uncovers a few truths about how our brains really work.

REALITY: Psychologically speaking, men and women are much more similar than they are different. Yes, men are better at maths and spatial perception while women are better at language and multitasking, but the difference is of the order of a couple of percentage points. Pick two men at random, and they will vary much more in their mathematical ability than the average man versus the average woman. Bonus myth: Women are more pain resistant than men. In fact, when exposed to identical pain, men rate it as less intense than women (though, again, the difference is tiny).

REALITY: While that might have been the case 100 years ago, these days such tests – and the not-even-wrong Freudian pseudoscience that went along with them – have been all but abandoned by mainstream psychology. Today, if a psychologist wants to measure your personality, they will simply hand you a questionnaire.

MYTH #3: We learn best when information is presented in our preferred learning style: visual, auditory or kinaesthetic.

REALITY: There has never been any evidence for this claim, and the few studies that have assessed it directly have found evidence against it. In fact, a moment’s thought makes it clear that the best teaching method depends not on the learner, but on what is being taught.

Nobody successfully learns to drive a car solely by watching someone else do it (as ‘visual learners’) or by listening to spoken instructions (as ‘auditory learners’); you need the kinesthetic experience of having a go.

MYTH #4: People will give fatal shocks to others if instructed to do so by an experimenter wearing a white lab coat.

REALITY: Most people have vaguely heard of Milgram’s famous obedience study, but it’s almost always misreported. In fact, participants were explicitly told – and reminded if they asked – that ‘although the shocks can be extremely painful, they cause no permanent tissue damage’. And the experimenter’s lab coat was grey.

MYTH #5: So-called ‘intelligence’ is mainly just a reflection of your education.

REALITY: Estimates of the genetic contribution to intelligence vary from study to study, but are typically around the 50 per cent mark, though the picture is complicated by the fact that the relationship between genes and IQ seems to differ according to social class (caution: this is the percentage of variation between different people – not within a given person – that is due to genes).

MYTH #6: You can catch liars by reading their body language.

REALITY: A 2006 review that brought together findings from 108 experimental studies and 16,000 participants found that neither the general public nor police officers could detect liars at above-chance levels. The one exception is TV appeals for ‘missing’ relatives where people are quite good at spotting fakers who have murdered the relatives themselves.

REALITY: Most tasks involve both sides of the brain working together. On average, people use both sides of their brains pretty much equally. There is a grain of truth, however, in the idea that left-handed people are more creative and intelligent. Many ‘left-handers’ actually use different hands for different task, which reflects a higher degree of interaction between the two hemispheres of the brain; a pattern that is associated with more flexible thinking.

MYTH #8: Sportsmen sometimes have ‘hot streaks’ where they just can’t miss a shot.

REALITY: In most cases, this is just an illusion caused by selective memory. The pattern of hits and misses is random, but a sequence of successes leaps out at us. Penalty shoot-outs, however, are a bit of an exception. Footballers who play for national teams with a history of losing at shoot-outs (like, um, England) take their shots more quickly, and are more likely to miss.

MYTH #9: Our preferences in a partner are a product of our culture.

REALITY: In just about every culture studied, from the UK and US to Zambia and South African Zulu, men place more importance on youth and good looks, while women prefer older, ambitious high-earners. On average, men like women who are 2.66 years younger than themselves, while women like men who are 3.42 years older.

REALITY: The myth originates from a study which found that participants who listened to Mozart showed a temporary boost on a subsequent IQ test, as compared to those who had simply sat in silence. But follow-up studies have shown that it’s nothing to do with Mozart (or, indeed classical music) per se. For example, people who prefer Stephen King stories to Mozart experience a bigger IQ boost from listening to Stephen King stories than Mozart.