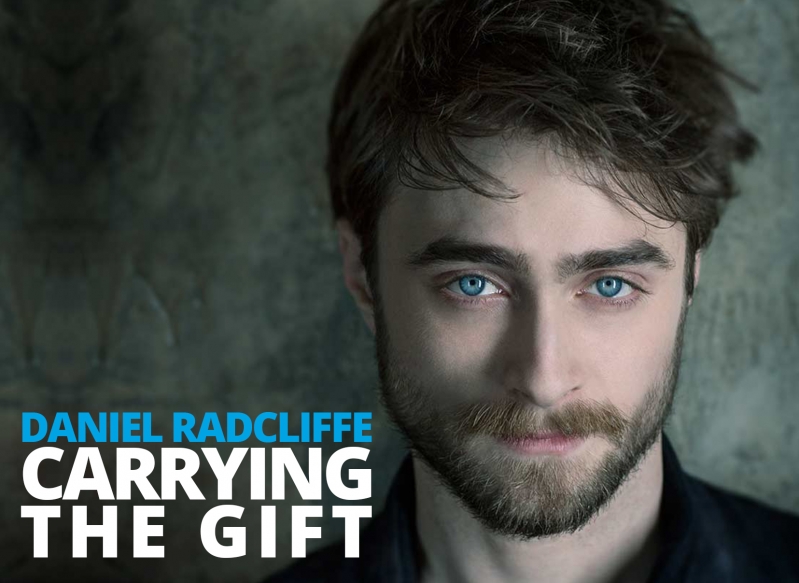 The story of Daniel Radcliffe’s rise to fame is the classic ‘dream come true’ story.

A boy, picked from thousands of boys, when the producer supposedly got a chance sighting of him is the classic account of the fickle finger of fame plucking someone from the crowd and lifting them to superstar status.

The truth, however, is not quite so simple. And the aftermath of Radcliffe’s rise to stardom is perhaps equally instructive, because it reveals how he has continued to stay on a high since the end of the Harry Potter franchise.

Radcliffe’s life is not a tale of rags to riches or the outsider made good. He grew up in a comfortable middle class world with parents involved in entertainment. His mother, Marcia was a casting agent; his father Alan worked for a literary agency and was familiar with theatrical work.

Born in 1989 in Fulham, West London, he attended the prestigious private school Sussex House, Chelsea. He was not a particularly bright or able child – he suffers from dyspraxia, a condition which interferes with motor skills and makes the organisation of information difficult. When he was eight, he was told by a teacher that he was stupid.

“Some people just don’t do well at school,” he says “I learn by talking back and engaging in conversation and walking around.” Though he now considers the label “outrageous”, it stuck. He was disinterested in reading and was not good either on the school playing field or in the classroom.

Radcliffe remembers his schooldays with disdain, commenting that he “fucking hated” them and that being thrown into the acting world where he met thousands of people from different backgrounds changed him for the better. Escaping a narrow middle class world, he has gone on to become a thoughtful, intelligent adult.

It isn’t true to say, as some have claimed, that he “always wanted to be an actor”, though through his parents he was in contact with actors and acting at an early age.

His mother, seeing that he wasn’t doing well at school helped get him a part in a BBC production of David Copperfield, in which he played the young titular hero, performing alongside Maggie Smith, among others, on whom he left a favourable impression.

After seeing thousands of boys, Potter director Chris Columbus saw him in David Copperfield and declared: “I want that boy.” *

His parents were extremely wary of their son being pulled into the Hollywood lifestyle. Warner Bros intended to make the series in the USA, and his parents believed having Radcliffe away for so many years would have interrupted his life. They responded with a firm, ‘No’. Radcliffe was out of contention.

Harry Potter producer David Heyman later saw Radcliffe in the audience and decided to approach his parents directly to overcome the hurdles required to make the Harry Potter movies possible.

It was a coincidence and a dream come true, but it wasn’t exactly the fairy tale stroke of luck the popular myth makes it out to be.

Perhaps one of the most important and stabilising influences in Radcliffe’s life has been that of his parents. Their insight into the industry has helped keep Radcliffe’s feet firmly on the ground. He is self-effacing and modest, and is truly grateful for chances he has been given.

But he has traits that mark him out from other child stars. One of them is his willingness to work hard at what he does.

On the Potter set, he continually pushed himself to find new depths of emotional intensity. He decided to do some stunts himself, including a spectacular underwater scene in which he spent months in scuba training. He takes guidance from whomever he can, and from early on applied himself to his role to find emotional truth in it. This even involved asking his dad to talk about a murder he heard while he lived in Northern Ireland, in order to prepare for a scene in which Harry Potter talks about the death of his mother.

It is definitely true that Radcliffe has been “lucky”. He’s said so himself on numerous occasions. But he has also made the most of his luck.

Plenty of child stars have been wrecked by their rise to fame. Jack Wilde, the brilliant young Artful Dodger in the movie version of Oliver! is one; Home Alone star Macaulay Culkin is another who lived a troubled life after early success.

Radcliffe, too, had his period of losing control. Between 18-21 he became the “embarrassing drunk at the party”, and was saved from media exposure largely by good luck and the protective behaviour of his friends. He looks back on the period philosophically. “I was too young to move out on my own from home,” he says. “And I had too much money.”

That was a particularly dark period in his life, in which he would drink in the evenings to blackout, and then arrive on set the next day hungover and disoriented. It even led to some commentators seeking to guess which scenes he was ‘vacant’ in, due to overindulgence.

However, at the same time, he was determined not to be trapped by his Potter image. At 17 he took on the lead role in the dark Peter Shaffer play, Equus, which saw him appearing on stage naked, in one scene simulating sex with a horse. It earned him strong positive reviews and proved to the world he was not, in his own deliberately ironic words “a one trick pony.” Hardly the safe, family entertainment of the Harry Potter universe!

He appeared in other movies which stretched him in other directions, playing a delinquent and getting naked again in the Australian movie December Boys and appearing opposite Carey Mulligan in World War One television drama, My Boy Jack.

After his period of out-of-control drinking, at 21, Radcliffe took control of his life, just as the Harry Potter series came to its end. It is here that his intelligence and hard work have really shown through.

His first major film after the Harry Potter series was The Woman In Black – a dark Hammer horror movie in which Radcliffe carries much of the film, playing an older man. The film received excellent reviews, with Radcliffe strongly praised by critics.

In all his roles, Radcliffe continues to push himself to breaking point. For example, he took on the lead role in How To Succeed In Business Without Really Trying and learned to sing and dance – this despite his dyspraxia, which makes learning such things so difficult.

On that run of performances on Broadway, he acted in a “perfect run”, never taking a day off. He seems to have an almost obsessive desire not to back out, but to keep going and see how far he can push himself. For this reason he refused to attend the premiere of the final Harry Potter movie, until Warner Brothers bought all the tickets for the show’s performance, at which point he agreed to come London.

Radcliffe’s dedication to hard work – call it workaholism, is combined with modesty and a realism about his fame. He is not a prima donna, and finds it preposterous that people kowtow to celebrity. He is courteous with his fans, and every inch the professional.

“Each player must accept the cards life deals him or her: but once they are in hand, he or she alone must decide how to play the cards in order to win the game.”

This is indeed what Radcliffe is doing. Yes, he was lucky. But he hasn’t squandered that luck. He has built on it. Now estimated to be worth more than £60m, he doesn’t need to work, but he goes on – hoping to improve and hone his acting – and making his own luck along the way.