Daniel Craig – reluctant sex symbol? by The Best You

Home Daniel Craig – reluctant sex symbol? by The Best You 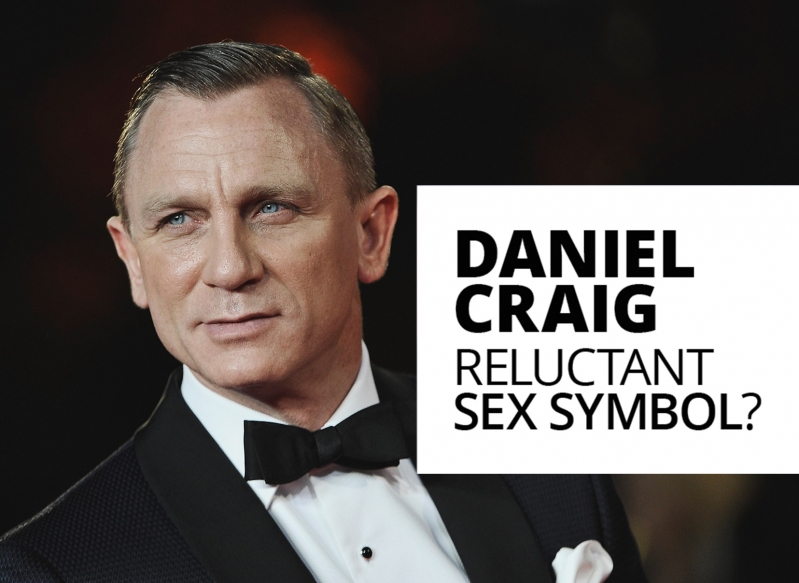 Back with Bond, Daniel Craig is centre stage once more, but as secretive about his private life as ever

As he makes his fourth appearance in the 24th James Bond Film, Daniel Craig has made his own a role which initially drew criticism from Bond fans when he was cast.

The first ‘Blond Bond’, he has gone on to disprove one national newspaper’s prediction that he would be ‘Bland, James Bland’. Married to actress Rachel Weisz, he is hugely guarded about his personal life and has declared his ire at fans seeking selfies.

Although he is nowadays famously shy of the press, actor Daniel Craig was literally wrapped in newspaper at his birth on 2 March 1968 in a working class household in Chester. Newspaper was, after all, sterile, convenient and cheap.

“Midwives used to lay newspaper down because it prints at such high temperatures,” he explains. “It’s the same principle with fish and chips.”

His mother, Carol, was an actress and his dad, Tim, a merchant seaman, recalls the day Daniel told family friends that he wanted to be an actor, too.

“I remember at the time blinking and doing a double take because he said it with such certainty,” his dad recalls. Daniel was just six years old.

Though his parents separated and divorced when he was young, Daniel was unaffected by the split and maintained great relationships with both his real dad and stepfather, Max.

Carol and the kids moved to Liverpool after the separation, and then to the Wirral. Carol’s social life revolved around Liverpool’s Everyman Theatre, and Craig soon developed an obsession for acting. “I’d see the plays or I would be in the lighting box backstage, and I knew that was what I wanted to do,” he smiles.

Academia was certainly not for him. “I hated school,” he announces. “The only thing I ever wanted to do was to act… I had this blind faith and ego that helped me believe I could do whatever I wanted.”

Craig’s style of acting would never be classical. He distrusted over-intellectualising roles and admits he responded as a kid to the wordiness of Shakespeare, by asking, “What the fuck do those words mean?” With a laugh he adds, “I’m still like that.”

Throughout his film and stage career, Craig’s approach has been visceral and instinctive. No surprise that when he left school and was encouraged by his mother to go for actor training in London, the drama colleges turned him down. Instead he was accepted by London’s National Youth Theatre. “It was good for me,” he smiles. “It’s like a big youth club but it’s also quite serious because they use professional crews and you quickly get involved with what real theatre is like.”

A later stint at Guildhall School of Music and Drama alongside such actors as Ewan MacGregor and Joseph Fiennes gave him an insight into his acting strengths and preferences. Aware of his working class roots, he avoided the costume dramas he associated with the upper classes. “I don’t want to be dressing up in costumes and pansying around,” he once told an interviewer. “When I left drama school, the only jobs were for boys with floppy fringes who went to Eton… I’m a bull-shitter, an actor, but I realised I can’t be posh.”

From his late teens onward, Craig was a jobbing actor. He didn’t have a life plan, and was often strapped for cash. He would sometimes find himself sleeping on friends’ floors and skipping out on landlords without paying the rent. Yet he also got to travel to other parts of the world for roles, and had a strong sense of adventure.

“I’d come back from a job and be in the car coming from the airport, and I’d go to the driver, ‘Take me somewhere else.’ I loved being nomadic.”

Throughout his twenties he did TV shows, plays and occasional film roles as and when he could. His big break came in 1996 with the BBC series Our Friends In The North.

Craig played Geordie, a fascinating and tragic character who went from the extremes of being a gangster in Soho, through prison and finally becoming a vagrant. It gave him huge scope and showed off his versatility as an actor. The show was a massive success, being classed as one of the top 100 television dramas in a poll.

As the press began to show an interest in him, Craig sought to distance himself from publicity. Having received fans’ knickers through the post after appearing for fun on a list of eligible young men as part of the magazine publicity for Our Friends In The North, he later disowned the article, describing the attentions he received as “sick”. His private life was always his private life, and he strives to keep it that way.

Craig is strongly focused on his work as an actor. He married his first wife “too early” at the age of 23 and divorced within a year. He was later associated briefly with Kate Moss, before embarking on a long relationship with German actress Heika Makatsch. After their split, there were also rumours of an affair with his friend Jude Law’s then wife, Sienna Miller, but he has always refused to be drawn on speculation and gossip. He is equally tight-lipped about his marriage with actress Rachel Weisz.

His disregard of press games is perhaps best summed up when he was asked what it was like kissing Angelina Jolie after she had described him as “one of the best kissers”. Rather than fall into the gossip trap, he replied in one word. “Wet”.

His main focus remains on pushing new boundaries with his acting. In the years following Our Friends In The North he variously played a schizophrenic in the movie Some Voices, George Dyer, gay lover of painter Francis Bacon in Love is the Devil: Study For A Portrait Of Francis Bacon and the young lover of a 65-year-old woman and her daughter in The Mother.

Each role made him push his technique and engaged his curiosity. This for him is far more important than earning the big bucks. Indeed, he strongly regretted doing Lara Croft because he felt the film added nothing to his skill set.

This also made him cautious about accepting the role of James Bond. He regarded the old style Bond movies to be well worn and wondered if there would be anything new for him to do. He even asked Pierce Brosnan’s advice on the matter, which was, “enjoy the ride!”

Craig refused to sign until he read a final version of the script for Casino Royale. Realising the script would take his acting in new directions, and stretch him he was finally persuaded to take the role.

The choice of Craig as Bond was heavily criticised by the press. Yet, he has brought new depth to the character, as well as a ruthlessness and animal muscularity that has, despite his protests, made him an unwilling sex symbol. Many people consider Craig the best Bond ever, many also think him the sexiest.

In all, Craig is an intelligent actor. Not hampered by an intellectual approach, he is thoughtful, sensitive and insightful. He is watchful, intelligent and has progressed steadily through diverse and stretching roles to becoming one of the great actors of British and world screen.

His latest Bond movie, Spectre, now released, may be his last playing the role of the British super-spy. But you can rest assured there will be plenty more great acting to come.

At a glance: Daniel Craig