Oprah Winfrey – The Name of Success 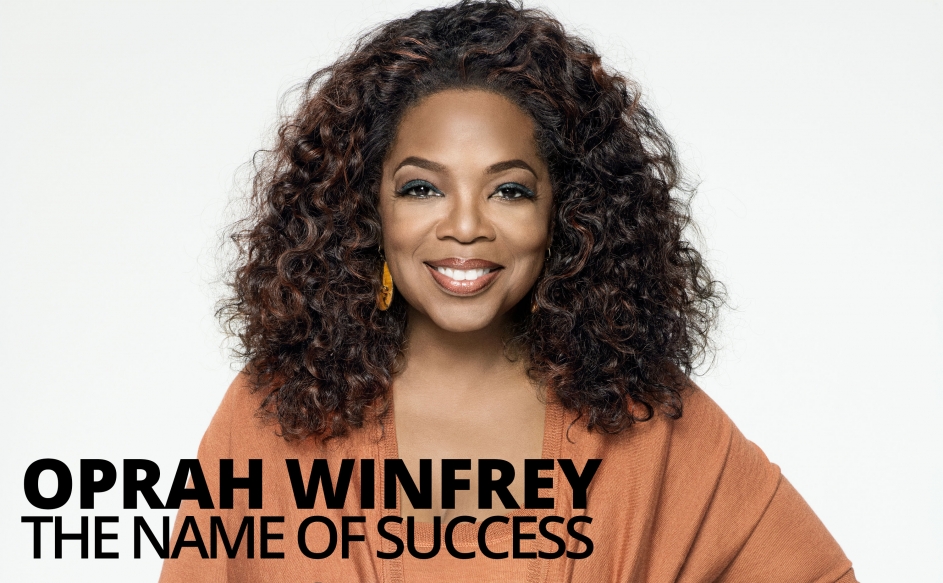 Oprah Winfrey is the world’s first African-American woman billionaire, yet she had none of life’s advantages. In many ways she is the true American “everywoman” and an embodiment of the American Dream. So what is the story behind Oprah?

One way to think about Oprah Winfrey is to think of her life as a series of extremes. Born to Vernita Lee in 1954 in Kosciusko, Mississippi, she was an illegitimate child whose teenage mother had a string of relationships that never stabilised. Her father, she was told, was Vernon Winfrey, a soldier at the time of her birth, and afterwards a coalminer, barber and councilman in Nashville, Tennessee.

In order to get work as a maid in Milwaukee, Vernita left little Oprah to live with her own mother on a farm in Mississippi.

Life for Oprah with her grandparents was far from idyllic. The strict narrow world was deeply conservative, and Oprah’s family was poor. She recalls her grandmother making a dress for her out of a potato sack, to the amusement of local children. All her clothing was homemade, with the exception of her shoes. These she only wore on a Sunday to go to church, the rest of the time she went barefoot. Her grandmother was strictly religious and encouraged her granddaughter to read the bible, while her grandfather was prone to bouts of moody hostility. She was beaten with a stick if she did something wrong.

Religion was to become a huge influence on her early life. Famously, with no one to play with and with the strong religious fervour on the farm, Oprah would sometimes take to reading passages from the bible to the pigs. Church was one of her few outlets to express herself, and she gave the first recitation at the age of three and a half. Within a few years she had memorised the entire series of seven sermons from “Creation” to “Judgement” by preacher James Weldon Johnson, earning herself the nickname “The Preacher” and “Miss Jesus”, which was something of a mixed blessing among her classmates who were not always pleased to be preached to.

These times were the seedbed for her beliefs. Though it was a strange life in comparison to many children, it gave her strength of character and moral compass that was lacking in her mother’s life.

Oprah went to live with her mother in Milwaukee when she was six. In huge contrast to life in Kosciusko, life with her mother was chaotic and unstructured. The apartment her mother lived in was so full that little Oprah was forced to sleep in the foyer. She had a half-sister, Patricia and a half-brother Jeffrey, with whom she didn’t get on. She was not praised for her intelligence, though her mother often praised Patricia for her beauty.

This environment was not one in which Oprah would flourish, but when she was eight years old, her mother was struggling to make ends meet and sent her to live with her father and stepmother in Tennessee.

It was a massive change. Vernon Winfrey was a hard working industrious man, a strict disciplinarian and deeply religious. He owned a grocery store, and it was here Oprah got her first paid work. Her stepmother, with no children of her own, saw to it that the environment was a great place to learn, and she expected Oprah to read a set number of books a week, to expand her vocabulary and apply herself to maths.

At school, Oprah flourished, especially under the tutelage of one of her teachers, Mrs Duncan. She herself decided she wanted to be a teacher and also considered being a missionary, going so far as to collect money for the poor of Costa Rica. Her instinct to alleviate the suffering of others seems to have been started very early.

At this time, believing that her life was about to change and she would soon be married, Vernita sent for her again, though Vernon was unhappy at letting her go. This was to be the start of a dark time in Oprah’s life. At the age of nine, she was raped by her cousin and then “continually and persistently” raped by relatives and boyfriends of her mother over the next five years. It was a secret that she kept to herself, blaming herself for in some way being a “naughty girl”, even though she was sure that her mother knew about these violations but did nothing to protect her.

Unsurprisingly, Oprah became unmanageable in her mother’s eyes, so she tried to have her put in a “home for wayward girls”, but when she arrived, there was no bed available for her. By now, at the age of 14, she was pregnant and damaged and finally went back to her father’s house. She had concealed from everyone the pregnancy, and only in her seventh month did she let her father know.

“Proud and honourable”, Vernon looked after her and decided that she should be allowed to keep the baby. However, two weeks after the premature boy was born, he died, and Vernon once again supported her and began to turn her around.

His strictness came out partially in his insistence that a bright girl like her get straight A’s. He never rewarded her for this, stating that he simply expected her to be the best. This expectation of being an outstanding student was something Oprah responded to. At school she was chosen as “vice president” of her class, president of the student council, drama club and National Forensics League.

Now in her late teens, Oprah was selected to represent a local radio station, WVOL in the Miss Fire Prevention competition. A beauty contest, Oprah saw that every other entrant was white and just went along for the fun of it. When she was interviewed about what she would do with her winnings were she to win, she was light and airy and very natural. Her personality won through and she was proclaimed the winner.

Things started to move quickly now for Oprah. She went on to become Miss Black Nashville and Miss Black Tennessee, even taking part in the Miss Black America contest in Hollywood.

She was next offered work reading the news at WVOL after she’d read out an extract from the news “just for fun”. She was going to turn down the offer, thinking it would interfere with her studies, but her father encouraged her to take it. This was the start of Oprah’s long media career.

By age 22 she was working as a reporter for WJZ-TV in Baltimore, Maryland, becoming a reporter and co-anchor for evening news – the first black person and the first woman to hold such a position. However, she wasn’t well suited to the job and her unworldliness led to her making embarrassing gaffes on the show, while she also tended to become personally involved with the stories rather than retaining detachment. Demoted from her job, another producer took her on to co-host a morning chat show. People Are Talking, with Richard Sher. The show was a fairly popular, and after six years she relocated to Chicago to try her hand at the talk show format there.

It proved to be a smart move. The programme she took over, AM Chicago, gained the highest talk-show ratings and was soon the most popular talk show on air. It was a massive success, and within two years was branded The Oprah Winfrey Show.

It seems that with the show, all of Oprah’s previous experiences came into focus on a single product that was absolutely the right vehicle for her personality. Starting off as a “tabloid-style” talk show, it dealt with issues of gossip and salacious revelation in much the same way as its rivals. But under Oprah’s guidance it started to take on a more moral tone that looked at issues and attempted to resolve them. To the show, Oprah brought her moral background, her easy style with others, her strong social conscience, her wit and humour and her genuine care for individuals. She incorporated spiritual matters and even a book club which led to recommended titles selling in their millions. The show became a magazine programme spreading the message that by taking personal responsibility and making changes, you can have a better life. It is a message that America and the rest of the world lapped up.

Within a few years of the move to Chicago, Oprah was a millionaire. In 1993 Forbes announced that she was worth $98 million – even more than Steven Spielberg.

Her show was syndicated throughout the world and she went on to set up her own production company, the Harpo Entertainment Group, to make The Oprah Winfrey Show.

By 2003, she was ranked among the 100 richest people in the world and had become the first African-American billionaire.

By this time, Oprah had also started O Magazine, which further promoted her message of self-reliance and surviving.

There have been some extraordinary moments on her show. Her own confession of her rape as a child when interviewing another rape survivor was a landmark moment in television and was a perfect example of her own approach to the world. Personal, honest, sensitive and caring, her personality makes for compulsive viewing for many. She has inspired countless women with her “everywoman” persona to face and deal with their own difficulties.

Of course, Oprah has not done this all alone. There are people around her to whom she is free to admit her debt of gratitude. She is famously generous with her staff, often buying them gifts, and inspiring them to loyalty. The King Brothers, who have distributed her show from the outset have played a major role in her success and she acknowledges it graciously. She also cites her grandmother Hattie Mae Lee, her father Vernon and her stepmother Zelma for their powerful support of her and strong guidance they gave her.

Another strong influence on her life is Maya Angelou, whom Oprah has described as her “mother”. Angelou, writer, friend and mentor has dispensed wisdom to her on a regular basis throughout her life, providing the emotional figure that her real mother was unable to provide.

Then there is her partner, Graham Stedman, whose own message of personal development and responsibility ties in perfectly with her own.

These influences and these people, together, have all helped Oprah become the extraordinary figure that she has become. Her life has been a series of contrasts – from poverty to extreme wealth, victim to survivor, being disliked by her school friends for her preaching to being loved by hundreds of millions for her message of hope. It is an extraordinary story, and not over yet, by far.

She was actually Christened “Orpah”, which was taken from the Book of Ruth, but people continually mispronounced it by transposing the “R” and “P”, and the name “Oprah” stuck.