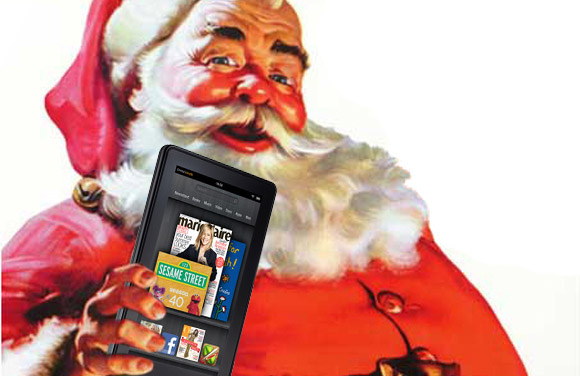 If you’ve got a tech-lover on your ‘nice’ list this year, you’ve probably already prepared a laundry list of ideas (tech fans, after all, are never truly up to date). Why not surprise them, though, and get them something so cutting edge that they might not even know it’s an option? Here’s a few of the latest tech items that’ll have your technophile squealing with delight on Christmas morning.

Definitely not for those on a budget, the Mac Pro is Apple’s top of the line desktop offering. It’s a sleek and sexy machine, capable of wowing even those who are normally unimpressed by Apple’s range of more popular products. Everything inside the housing is top of the line; its cutting-edge processor is lightning fast, capable of handling anything you can throw at it. The Mac Pro is so powerful, in fact, that, unless whatever you’re currently running is slowing your work down considerably, the Mac Pro might be more machine than you need by far. That doesn’t stop technophiles from dreaming of owning one.

For the audiophile who enjoys nothing more than slipping into an immersive music experience, nothing quite beats the experience of ultra-high-quality headphones. Audeze headphones have frequently left reviewers absolutely agog, stunned at just how much they communicate to the listener. They call the process holographic imagine, and, no matter what you’re listening to, close your eyes, and you’ll feel as though the artist is playing a one-night engagement between your ears. They’ll need a dedicated headphone amplifier or an integrated amp, so keep that in mind if you’re considering purchasing a pair.

If you spend a great deal of time in the outdoors – especially if that time is spent engaging in adrenaline-fuelled activity – this drone has the potential to capture all the action from every angle you can imagine. Its bird’s-eye views make it look as though you hired a professional camera crew to follow you around in a helicopter. It’s easy to fly, and the powerful camera attached to the device is held steady by a robotic stabilisation system. Attach your mobile device to the controls, and you can see everything the camera sees. A must have for adventure-seeking photographers.

The Affair Party Workshirt (with Unpocket)

This is for the person on your list who counts Edward Snowden and George Orwell among their personal heroes. Thanks to the omnipresence of big brother in developed countries, there’s an increasing demand for technology that takes the user off the grid. The Affair, an English company that produces beautiful literature-inspired t-shirts and prints, has taken inspiration from Orwell and Snowden, crafting a sharp work shirt with a removable Unpocket. The waterproof pocket is meant to conceal your mobile device, credit cards, and your passport, blocking all cellular, wifi, and GPS signals, and making you invisible to the eyes and ears of Big Brother.

Roku has been making streaming players since 2008, and their most recent offering, the Roku 3, builds upon the advancements that they’ve made since then. The nicest thing about streaming is that it puts you, the consumer, in control of what channels and services you want to pay for. If you only ever use your TV to watch sports, there are dozens of sports channels to which you can subscribe, and you only pay for the ones you want (no more bundles of channels you’ll never watch). The interface is easy to use, and, since it has been on the market for so long, nobody can compete with the Roku in terms of selection. If you haven’t got a streaming player yet, this one is a great place to start.

There’s no better way to gather a crowd around you in a coffee shop than to take the Epic out of your pocket, turn it on, and begin typing on the table or counter. It displays a fixed keyboard pattern onto any flat and opaque surface, and whatever you type can be displayed on your Bluetooth-enabled tablet or other mobile device. It’s also got an easy-to-use multi-touch mouse option. If you’ve ever put off sending an email until you can type it out on anything other than a three-inch screen, the Epic is exactly what you’ve been looking for.

So this one might not make it under the tree this year, unless, that is, you’ve got the price of a family car lying around to spend on something that won’t do much outside of hanging on your wall. The Snowy Owl is actually a 42-by-24-inch plasma video screen that displays an image of – you guessed it – a snowy owl. What makes it worth the hefty price tag? The image appears static, but look at it for a few seconds and it will swivel its head or blink its eyes. Its eye catching enough on its own, but this added feature, which produces shocked reactions from nearly all viewers, might be enough to justify the cost for a small handful of elite art collectors.