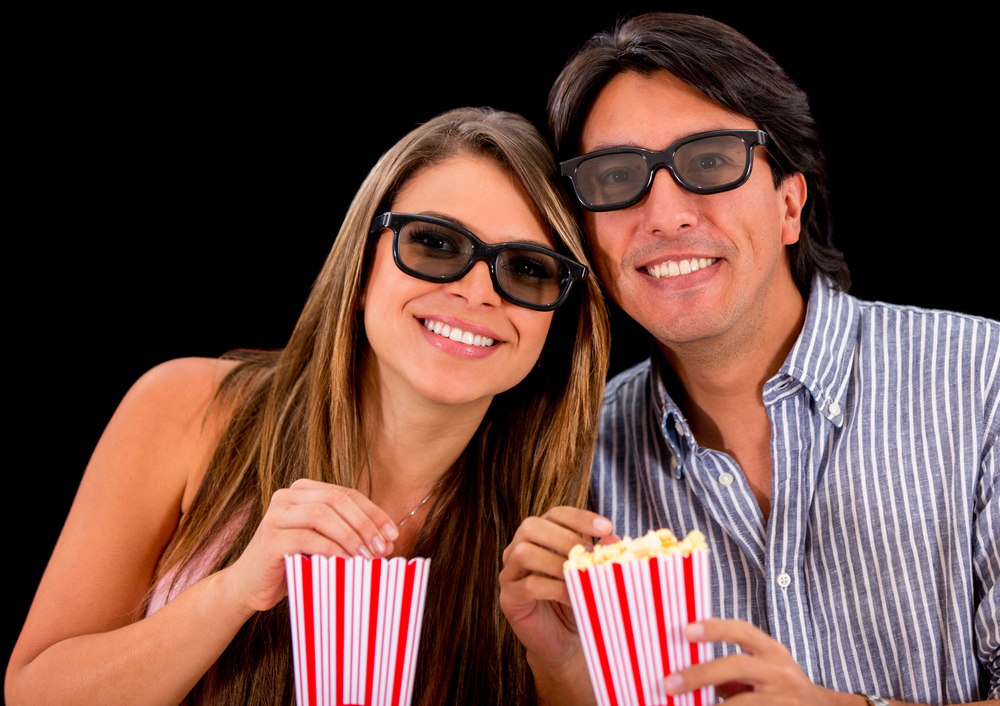 We might live in a 3D world, but that doesn’t stop developers from trying to take it further and further. It’s not enough for the people in your life to by three-dimensional, but photographs and videos and drawings have to be too. We look at 10 of the best 3D gadgets.

1. 3D smartphone
Apparently Amazon is working on a gadget that will change the dimensions of texting, calling, making coffee, and everything else your smartphone does. This superphone is rumoured to use four forward-facing cameras to track your face and eyes to create a 3D user interface.

2. Sony Personal 3D Viewer
Strap on this wearable HDTV and feel like you’re in your personal movie theatre. The built-in virtual surround sound headphones deepen the experience by simulating a movie theatre’s surround sound, and strapping on the Head Mount Display is the equivalent of having your very own 150 inch movie screen only twelve feet away.

3. 3D TV
It conveys depth perception to the viewer by employing techniques such as stereoscopic display, multi-view display, 2D-plus-depth, or any other form of 3D display. Most modern 3D television sets use an active shutter 3D system or a polarised 3D system, and some don’t even require the use of 3D glasses.

4. 3D printer
I know we featured 3D printers in our list of awesome gadgets in last month’s issue, but we couldn’t have a feature on 3D gadgets and not include a 3D printer. So we won’t bore you with details again. Just know that they are amazing and they are changing the face of architecture, industrial design and other industries.

5. 3D projection
Used for both amazing art installations and to virtually reconstruct buildings that are no longer in their original state, 3D projection is the epitome of changing dimensions. If you’ve never seen it in action, go onto YouTube now, type in “3D projection” and prepare to be blown away.

6. 3D camera
Making 3D images isn’t something that’s only reserved for big screen royalty anymore. This type of camera has two or more lenses with a separate image sensor or film frame for each lens. This allows the camera to simulate human binocular vision, giving it the ability to capture three-dimensional images.

7. 3D drawing
Drawing in 3D without all that pesky shading? The mind boggles. The 3Doodler uses plastic thread, which is melted and cooled while moving through the pen, creating 3D objects by hand. It was developed by Peter Dilworth and Maxwell Bogue and funded by Kickstarter.

8. 3D cityscapes
Google Earth now has 3D views of metropolitan areas and major cities around the world. Google’s rendering technique automatically builds models, complete with buildings, terrain and trees, from 45-degree aerial imagery. This is fantastic for familiarising yourself with a new city before you step on the plane.

9. 3D gaming
Widely regarded as one of the greatest failures of gaming in the 21st century, it’s not going down without a fight. Both Sony and Nintendo proudly released their contributions to the 3D gaming world a couple of years ago, and it fell flat. Nintendo has since backtracked, releasing the 2DS, but we haven’t heard the last of 3D gaming.

10. 3D clubbing
Clubbing hasn’t really changed since the 1970s – loud music, flashing lights and various types of tipple. We’re inclined to say if it ain’t broke, but with everything going 3D, why should clubbing be left out. Last year Novak launched 3D Disco, where clubbers wear 3D glasses watch 3D visuals on screens around the dancefloor.