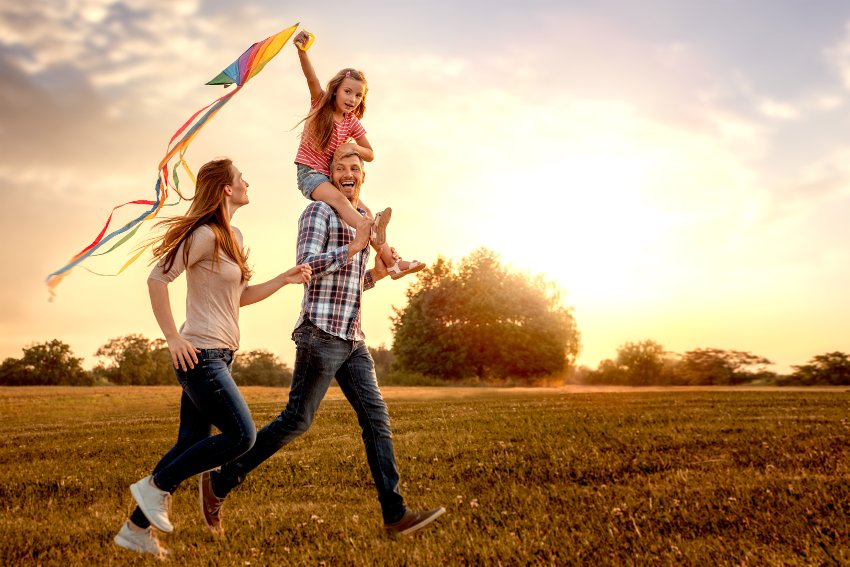 To be a human living in the modern age is to be anxious, tired and distracted. We read articles on our smartphones about how we’re all slaves to our smartphones, wishing there was another way.

For thousands of people around the world, Transcendental Meditation (TM) offers an alternative that helps bring life into balance without giving anything up. TM is known as the simplest, most natural and effortless technique of meditation – so simple that it can be learned from the age of just ten.

That is not to say it isn’t advanced. TM is based on a profound understanding of the mind and the body, and how the two interact during deep meditation. Unlike other types of meditation, TM is not about concentration or visualisation, nor does it teach control or even mindfulness. Instead, with TM individuals repeat a mantra (or sound) upon which they gently rest their attention, allowing the mind to follow its natural tendency and settle into stillness more profound even than the ‘present moment’.

This unique approach to meditation comes from the ancient Indian Vedic tradition and cannot be learnt from reading a book or downloading an App. It is passed on during personal instruction, one-to-one, by a teacher trained as directed by the practice’s founder Maharishi Mahesh Yogi. From that point you are encouraged to practise TM first thing in the morning and again in the evening, for 20 minutes each time.

TM has had a renaissance in recent years, and it is far from being the preserve of the alternative ‘hippy’ set. Everyone from businessmen to celebrities (including Hugh Jackman, Arnold Schwarzenegger, Jerry Seinfeld, Oprah Winfrey and Paul McCartney) sing its praises. Commonly, someone discovers TM when going through a big life change, but increasingly people are making room in their lives to learn and practice it for the wealth of benefits it offers.

As well as gaining a stillness of mind, doing TM regularly can make you feel more connected to yourself and to the world, deeply enhancing personal relationships. By giving your mind the space to process and organise itself it can also give you the tools to cope better with challenging situations. Following continued practice, individuals can even reach a state of transcendent bliss.

I’ve never downloaded the popular meditation App Headspace, and I am suspicious of anything to do with mantras. In my opinion the best way to enhance a relationship is better communication. But, I knew there must be a way for me to feel more in touch with myself, and with my partner Alex, and who wouldn’t want to experience bliss? So, Alex and I signed up for a four-day TM course with The Meditation Trust (a registered UK charity) five months ago.

The course began with a one-to-one session with teacher Dr. Gemma Beckley, during which I was given my mantra which I must never repeat to anyone. I was taught how to practise TM, which requires nothing except oneself and a chair, and being left alone.

Initially, I remember thinking “there must be more to it than this?” I thought that I must have missed something crucial in the lesson. But, the following three training sessions explained that away. The magic and simplicity of TM is that it can be done anywhere, by anyone. It needs nothing apart from your willingness to sit comfortably, easily coming back to your mantra in your head, for 20 minutes.

The full benefits of TM don’t necessarily make themselves obvious until you have been practising regularly for weeks or months – it may even take a year. However, almost immediately, after practising TM twice daily at home with Alex, we both felt a positive difference in our lives.

It is profoundly relaxing and gives me a chance to order my thoughts, from the banal parts of life such as things I have forgotten, to bigger plans and ruminations. Both Alex and I have discovered that we can concentrate more throughout the day, and we wake up more easily each morning feeling ready to start the day. We are not as tired, and our sleep is deep and unbroken. One of the biggest changes is that situations that might have previously annoyed us – missing a bus by a second, the office printer playing up again – just don’t.

Furthermore, whether it is through the shared experience of practising TM together or some other unknown effect, Alex and I feel closer to one another. Increasingly, couples are turning to the practice to learn and develop this skill as a unit.

When Dr. Deepak Chopra learned TM in 1980 he called it “real” meditation because, he said, it represented a major breakthrough in the interpretation of this very ancient knowledge. I am far from alone in my positive experience. More often than not, people who practice the technique report feeling calmer and more peaceful, better able to communicate and think clearly, and yes, happier. Practising TM improves their relationships, ability to work, create and inspire.

The boom in popularity of Mindfulness has opened the doors for people keen on exploring a stronger connection with themselves, their relationships and the world, and TM is about deepening that experience.

TM is not the preserve of the fortunate who can afford to take the time to learn it. Our TM teacher Dr. Beckley, formerly an NHS Clinical Psychologist, now leads the Trauma Recovery Programme for the Meditation Trust. This was established to help not only returning soldiers dealing with depression and post-traumatic stress, but also the millions in civilian life coping with similar symptoms, such as children in the care system and victims of domestic violence.

Five months on, Alex and I still practise daily, relishing the quiet, effortless, undistracted space this carves out for each of us. Some people marvel at our ability to find 40 minutes each day to do something so ‘indulgent’, but this is one habit I will make every effort to make time for.

While neither have of us has yet experienced the all-encompassing bliss that some TM practitioners speak about, the benefits have been huge – and it hasn’t turned us into hippies. Now we’ll just have to see if transcendence ever comes….