Brett Moran – Are You Awake? by The Best You

Home Brett Moran – Are You Awake? by The Best You 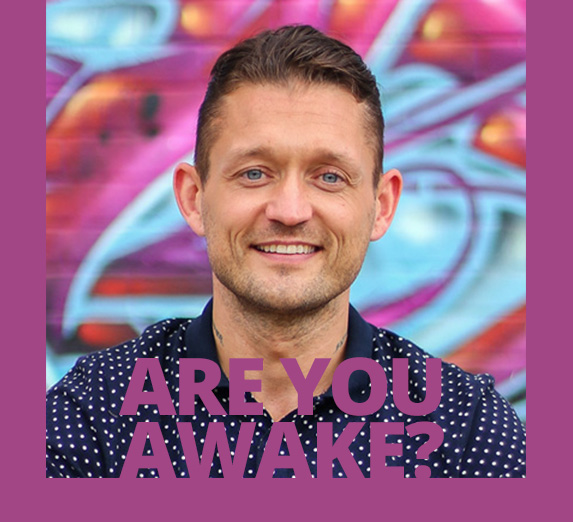 From drug dealing and prison time to mindfulness and meditation, Brett Moran’s journey of self-discovery has been monumental, and now he’s on a mission to help others find their own path

Meeting Brett Moran is like being hit with a blast of sunshine – powerful, uplifting and bursting with the feel-good factor. His effusive warmth and radiant spirit are a million miles from the life used to live. In fact, his story could well have panned out as a life misspent and wasted, but he had the self-determination to turn it a full 360° to become an inspiring model for personal change.

“I grew up in Carshalton in an environment that was racist, violent and drug-fuelled, and it wasn’t long before I was a crack addict and sent to prison for drug dealing,” says Moran.

“The turning point came while I was inside, when I stole a book from the library and took it back to my cell. Inside I read about mindfulness, meditation and many of the beliefs found in Buddhism, ideas that had never been in my head before. These things made a lot of sense to me and gave me the hope to change but I still felt embarrassed and that if my dad or mates saw me reading it, I’d feel silly.

“I was so desperate though and that moment was a point of change which I needed. When addiction kicks in you’re a lost soul, and I felt suicidal at that point. I don’t believe in religion in the conventional sense, but I do believe in an energy and at that moment I prayed for help. I was in a desperate place and I took a leap of faith. I wanted to change for the better. I think it’s normal for most of us that when something goes against what we’ve always known, fear rises up and makes us doubt ourselves but I knew this was what I needed.”

Moran’s path to enlightenment wasn’t a straight one, and after his release he fell back to old ways, relapsing to drugs and going back to prison. “There was a louder voice inside me,” he says. “It told me to go for it.

I think we all have that inside of us and we need to let the voice hold us up. I became my best coach, I was determined to be on my side and when I failed or messed up I would dust myself off and start again.”

It’s this positive self-encouragement that Moran now coaches in others, speaking truly from experience as someone who has created real and meaningful change.

“We all need a vision,” says Moran. “In prison I could think about being happy, and my vision was being with my daughter and mum in the sunshine, running around. By focusing on the goal we want, we can shift our consciousness to make it happen.

“Life is a destiny of two dates – birth and death. Yet we’re like zombies dashing through life rather than being the dash. My philosophy is that you have to create a vision that scares you, and then live it, it’s the only way.”

The negative pull of those around us, perhaps uncomfortable with our desire to change and be different, can be challenging, admits Moran, but by maintaining our single vision, we can succeed and, perhaps, other will follow us.

“It’s been said that if you put a crab in a bucket it will climb out,” says Moran. “But if you put two in, one will pull the other back each time it tries to escape. When we try to effect social change, others pull us back, maybe because they’re scared but we have to stick to our vision.

“At the beginning of my transformation I got a lot of stick and it hurt, but I got past those emotions and now people want me to advise them. Everyone has to find their own path.”

Today, Moran is in high demand as a life coach, leading others through workshops, community projects and via his online platform. Now he’s written a book, Wake The F**k Up, the title of which he says reflects his passion and energy to make others live the life around them before life runs out on them.

“I thought giving up girls and drugs was tough, but writing a book was much harder,” laughs Moran. “I’ve been writing this book for the last two years and in the end the message inside that was waiting for me was, ‘Stop trying to be perfect’. I just got on and did it and it was an amazing relief. Now, thinking about it, I realise my ego was getting in the way, and I’m even thinking about writing a second book.”

The recipient of a Prince’s Trust Award. Moran has also started a programme, Waking Up Inside, which asks people to buy two copies of his book, one for themselves and one to donate anonymously, for him to take into prison and give to an inmate. “I’ve worked with homeless and addicted people and for me, talking to the unconverted is more impactful. I can look them in the eye and know exactly where they are coming from and that I can help.”

Today, Moran is hooked on yoga, mindfulness and meditation, which he practises daily. “You don’t need to be spiritual or religious,” he says. “Everyone needs solitude and silence to hear our consciousness louder. Society is getting noisier but we need to step back and hear our inner voice.”

Wake The F*** Up by Brett Moran is published by Watkins. To find out more, visit brett-moran.com