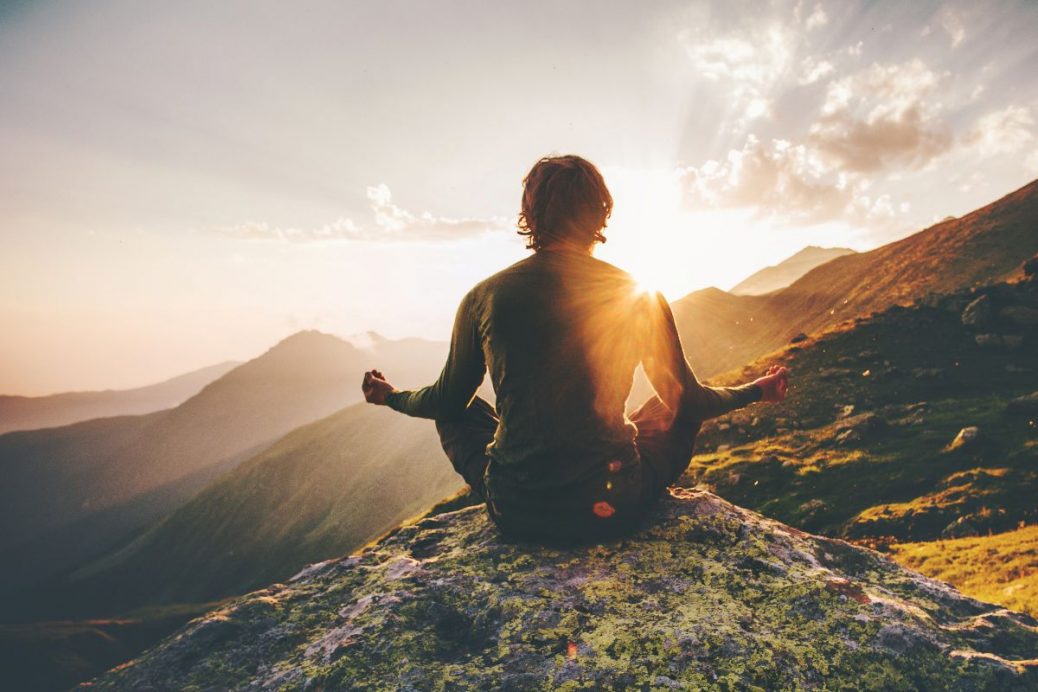 The Best You explores the life and work of Bulletproof Nutrition’s founder, Dave Asprey.

Inspiration can be found in unlikely places. Dave Asprey, founder of Bulletproof Nutrition, found inspiration when he was offered yak butter enhanced tea in Tibet. Keen to work out why it had such an extraordinary energising effect, Asprey went on to explore the science behind foods that can enhance brain and body function.

Over the following years, Asprey spent more than $300,000 researching what are known as ‘bio-hacks’ – the fast and simple changes to behaviour, mind and environment that make a huge difference to either performance or wellbeing. And, Asprey had a powerful personal reason to invest. From a young age he’d struggled with obesity and ill-health. “I had stretch marks at the age of 16!” he says.

As well as physical health issues, Asprey also wasn’t achieving his intellectual potential due to what he calls “brain fog,” an inability to concentrate or remember things.

“It was about having control of my own biology,” Asprey says, recalling the day in his early 20s that his doctor told him he was at a very high risk for a stroke or heart attack before the age of 30. “I said, ‘Well, fix me.’ And it was the utter failure of that approach that made me decide I had to take control.”

At first, Asprey tried conventional weight loss techniques to shed his target of 45kg. But, a low-fat diet and workouts only made him tired and hungry.

While on a trip to Tibet, Asprey observed Sherpa’s carrying car batteries with blenders to enable them to mix yak’s butter into their tea. He wondered why they went to all the bother, and asked if he could try it himself. It was then that he discovered just how powerful the blend was.

The effect of the high-fat drink was to kick start the metabolism. His body, which had gone into shutdown with reduced fats, was now encouraged to burn more as more fuel went in, creating a virtuous circle of weight loss.

Soon, Asprey was studying alternatives to yak’s butter, deciding on unsalted grass-fed cow’s butter, mixed in with his own specially developed coffee that is low in mycotoxins, which he believes weaken the body. He was consuming natural saturated fats – exactly the food that traditional dietary advice warned against, and he was losing weight and was noticing a marked improvement in his cognitive performance.

“There’s a quadrillion ancient bacteria, mitochondria, that are incorporated into our cells and they take food and oxygen and make energy for us to use to make our thoughts, to move our muscles and do everything we do. The efficiency of that system is something you can hack.”

However, Asprey warns against the dangers of what he calls “brain kryptonite,” which comes in the form of margarine and seed oils, which can “poison those ancient bacteria and make them work more slowly.”

The Bulletproof diet, of which the coffee is only a small part, encourages an increased use of specific fats, which should provide around 50-70 percent of total calorific intake. The fats have to be the right sort, what Asprey calls “Brain Octane Oil,” and he also recommends reducing the amount of sugar in your diet, upping vegetable intake, and cutting out processed foods.

Asprey calls the results “amazing…they fly in the face of what you would expect.”

For those who may be in any doubt, Asprey is a testimony to his techniques. He went from being an overweight child to a lean and fit 45-year-old with a thriving business and healthy family.

Asprey says kids also enjoy the benefits of Bulletproof Nutrition – even the coffee, which helps regulate their food intake. He explains that they often ask for food when they’ve already eaten, so he gives them an espresso-sized cup of the coffee and they “just go off and colour instead.”

The success of the product led to the sale of over 48 million cups of Bulletproof coffee in 2016, but he also makes his discoveries and dietary advice available for free. Asprey provides information, techniques, and keys to taking control of and improving your biochemistry, your body and your mind, so they work in unison, and help you execute at levels far beyond what you’d expect, without burning out, getting sick, or allowing stress to control your decisions.

It’s an approach that works. Asprey is the host of a number one rated health podcast, Bulletproof Radio, and his books, The Bulletproof Diet and Head Strong are both New York Times bestsellers. His last two book signings and book tours were filled with people reporting extraordinary improvements in weight loss and mental fitness thanks to his bio-hacks.

“When you rewire your body, you get more energy, you get more willpower – that’s the biggest benefit. When you’re done with getting more energy and more willpower that way, you get into rewiring your mind. You change thought patterns, things that happen so automatically you don’t think about them. Then, when you go into an environment that would have previously caused a stress response, it doesn’t cause any positive or negative response. You have full awareness of the situation and you can choose how to respond, instead of unconsciously reacting,” says Asprey. “That’s the whole idea of bio-hacking in a nutshell. You change the environment outside yourself, inside yourself and change your biology.”