How To Beat The Critics by Marisa Peer

Home How To Beat The Critics by Marisa Peer 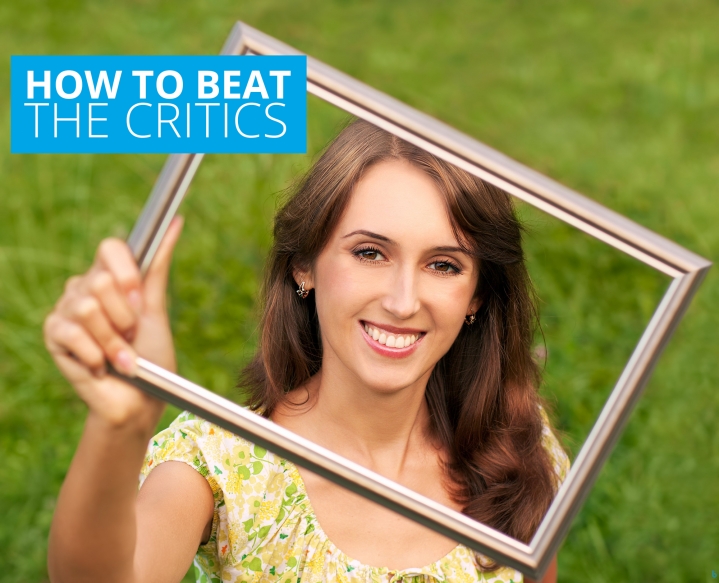 Most of us want the same things: to be happy, have high self-esteem and to find inner peace. While these can all seem very difficult to attain, Marisa Peer tells you how to attain these in four easy steps.

The first thing you need to do is to refuse to let in negative criticism. Always remember that the people who criticise others the most are actually reserving even more criticism for themselves. When someone is saying mean-spirited, it helps to say (or at least think) in response “this isn’t about me it’s about you”. Miserable people want you to be miserable people too because then they feel equal to you.

There is some value in constructive criticism. If you feel someone’s input can help make you better at what you do and it doesn’t tear you down, then it’s okay to let it in. If your biggest critic is someone close to you – such as an in-law, spouse, or sibling – it’s easier to say something like “What exactly are you trying to achieve by telling me I look hideous” followed by “That’s not going to work, because I’m not letting that in.” If the critic is your boss, it’s harder to confront them, but you can still make the decision that this is not about you and that you’re not going to let it in.

The second thing you need to do is realise it’s even more important to stop criticising yourself. While your mind is able to rationalise the hurtful things that others say, your mind cannot argue or object to its own thoughts. Unfortunately, too many people wake up and begin a litany of self-criticism and can continue throughout the day.

Imagine if you started your day with your best friend negatively criticising you. If a friend spoke to you this way on a regular basis, there’s no way they would still be your friend. You need to talk to yourself as if you’re your own best friend and stop negative criticism. You’re allowed to make a mistake – it’s the only way humans learn anything. So when you do something wrong, don’t tell yourself you are stupid. Just tell yourself you’ve made a mistake and learned a lesson so you won’t do it again. Criticism withers people (especially self criticism) while praise makes them grow. Inferior people criticise, superior people praise.

The third thing you need to do is let in compliments. If you’re the type of person who, each time someone says you look nice or that you did a good job, refutes the compliment by belittling your achievements or your appearance, you’re hurting yourself. It’s as though someone is giving you a gift and you are giving it right back to them and refusing to accept it. Studies have shown that praising yourself is as effective as being praised by somebody else. That means that you can say “I did a great job” and you don’t have to wait for people to affirm you. Think of all the things you’d like to hear from others and begin saying it to yourself.

The last step, which is my favourite one, is that you must say these three simple words to yourself each day: “I am enough.”  Say this to yourself when you’re in the shower, cleaning your teeth, walking your dog. In my 25 years experience as a therapist, I’ve noticed that the source of so many people’s problems goes back to them not feeling attractive enough, funny enough, or successful enough. Even if they achieve success, people still hold the belief that they’re not enough, because that’s how they felt during their childhood. The root of so many modern problems – hoarding, excessive drinking, compulsive shopping, and over-eating – comes back to a need to fill the inner emptiness of not being “enough” with external things.So if you want to change your life, you must refuse to accept criticism, stop criticising yourself, accept praise and tell yourself you’re enough.These steps are a wonderful thing to teach your children and are a great way to get more out of your employees or your spouse.