Nikki Owen, UK’s Leading Expert in Charisma is the Founder of The Charisma Model Programme and the creator of The Big Apple Experiment. In 1978 at The Old Bailey, Nikki’s life was changed forever when she witnessed a charismatic barrister making legal history. This event inspired her to question whether charisma can be developed and to what extent charisma impacts on business success. Following global research with 2663 organisations (conducted in association with Nightingale-Conant Corporation, leaders in self-development) Nikki developed a blueprint to help any individual increase their natural charisma to increase performance, engagement and activate higher levels of health and happiness.

Nikki then embarked upon a rigorous testing process to prove the efficacy of her methods, described as being at the frontiers of learning and development development, and began running regular masterclasses at Shakespeare’s Globe Theatre - An Audience with Charisma - for hundreds of individuals from varying industry sectors and job functions for five years between 2008 - 2012.
In 2010, Nikki created The Big Apple Experiment that dramatically demonstrates the impact of why a survival mindset sabotages individual growth and provides a fascinating metaphor for the growing issue of employee disengagement. This pioneering experiment was inspired by Dr Masaru Emoto who claims that human thought has a direct observable effect on the structural formation of water crystals and Bruce Lipton Ph.D. a cellular biologist who’s discoveries have shown the interaction between your mind and body.

In 2012, Nikki launched The Charisma Model Programme for businesses wanting to improve engagement, productivity, energy and confidence with employees by developing the charismatic potential of leadership teams, talent and high potentials.

Using her unique STAR process that guarantees personal transformation, Nikki works internationally coaching and mentoring hundreds of CEOs, Leaders and Board Directors from FTSE 100 organisations and SMEs. As the demand for her services grew, Nikki began training and accrediting a small team of individuals to use her methods - Charisma Coaches.
Nikki is an official political commentator for Aljazeera Television and The Sunday Tribune and is Positivity Advisor to The Expotel Group. In 2012 Nikki became an Executive Faculty at Henley Business School where she teaches her Charisma Model to International Business Leaders.

As a speaker, Nikki’s controversial and inspirational style earned her the award for Rising Star 2012 from The Academy for Chief Executives. She is the winner of London’s Professional Speaking Association’s Speaker Factor 2012 and Best New Speaker 2013 by Vistage International 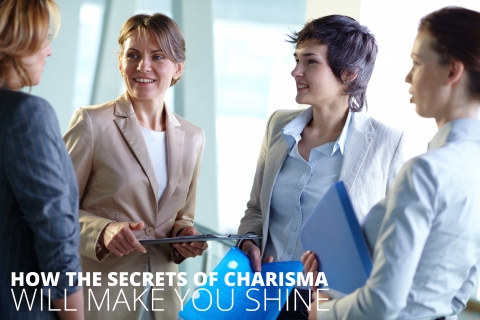 Is Charisma a transcendental power or simply an airy-fairy development fad? Nikki Owen, UK’s leading expert in The...