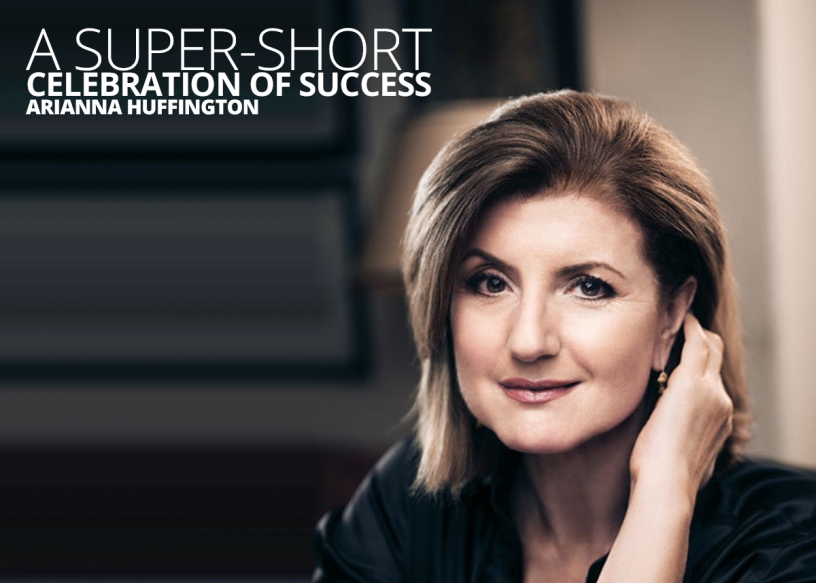 From culture to politics, Arianna Huffington’s ambition would lead her into the global zeitgeist. Born in Athens, her parents instilled an inquisitive nature and fierce curiosity. Huffington studied at the University of Cambridge, heading the debate union as its president.

Huffington began her career as a writer, covering music festivals for the BBC. After a heart-wrenching breakup with a former lover, she moved to New York and began writing articles for National Review and biographies of famous personalities.

She got her first taste of politics after her husband ran for Senate in the early 90s. Political life suited her, as it ran in tandem with her publishing career and the kinds of articles and books she was already writing. Subsequent to her participation in the California 2003 gubernatorial recall election, Huffington’s name recognition was at an all-time high.

She began to dabble in the online community, culminating in the release of The Huffington Post in 2005. The website began with a political slant, marked by its liberal leanings. Over the years however, it has garnered massive popularity for covering a wide range of topics, prompting AOL to purchase it for more than $300m. A good writer always follows her instincts; Arianna Huffington’s have always taken her in one direction – up.

“It’s no secret that the team at
The Best You admires what Arianna Huffington has done. She has truly made her mark and, as a woman in a man’s world, that’s hugely admirable”

Arianna Huffington is the chair, president, and editor-in-chief of the Huffington Post Media Group, and author of fourteen books. In May 2005, she launched The Huffington Post, a news and blog site that quickly became one of the most widely-read, linked to, and frequently-cited media brands on the Internet. In 2012, the site won a Pulitzer Prize for national reporting. She has been named to Time Magazine's list of the world’s 100 most influential people and the Forbes Most Powerful Women list. Originally from Greece, she moved to England when she was 16 and graduated from Cambridge University with an M.A. in economics. At 21, she became president of the famed debating society, the Cambridge Union. She serves on several boards, including HuffPost’s partners in Spain, the newspaper EL PAÍS and its parent company PRISA; Onex; The Center for Public Integrity; and The Committee to Protect Journalists.
http://www.huffingtonpost.com/arianna-huffington/