Andy Murray – Ultimate Competitor by The Best You

Home Andy Murray – Ultimate Competitor by The Best You 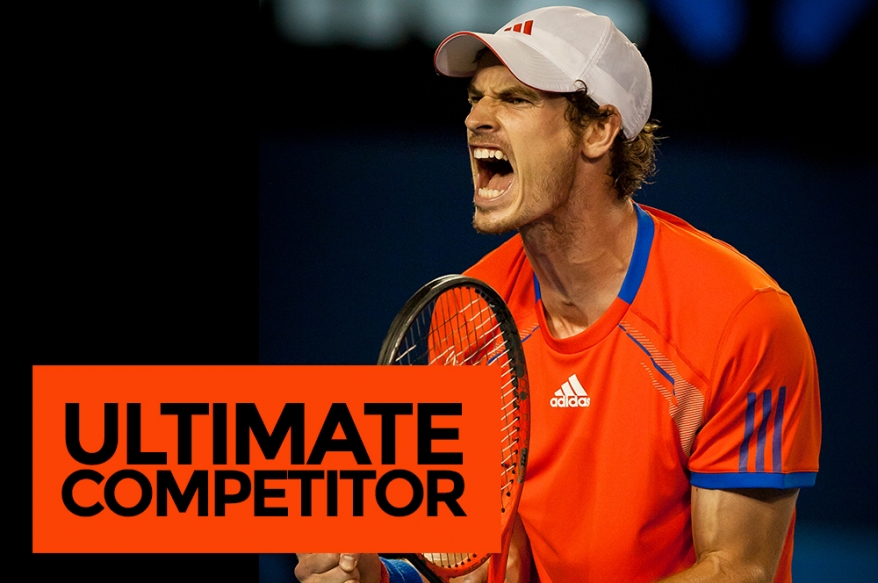 Despite a recent split from his coach, the birth of his daughter and last year’s surgery, Andy Murray is still one of Wimbledon’s favourites. We look at the formative years and rise of the player.

Andy Murray has had the dubious honour of carrying the tennis hopes of the United Kingdom, since his friend Tim Henman passed on the baton in the 2000s. At times, he’s had a mixed relationship with the press and fans of the Home Nations, but he’s gone on to prove his critics wrong, and since his 2012 Olympic gold and US Open victory, has won himself a place in the nation’s hearts.

Born in Dunblane in 1987, Murray’s mother was the Scottish national tennis coach, a woman who herself had to give up her dreams of international tennis glory when the women’s game was deeply underfunded. She introduced Andy and older brother Jamie to the sport when very young, though she never forced them into it, as happened with other tennis greats. When either could have gone into football, she famously commented they chose bats over boots.

Andy Murray was a precocious talent, to such an extent that the Dunblane tennis club effectively tried to get the youngster banned by raising the minimum age for membership – a resolution that wasn’t passed. He was always driven by the need to keep up with older players – especially fired by his rivalry with brother, Jamie.

This sibling rivalry between Jamie and Andy was palpable. When Andy was beaten by a tournament in France who Jamie went on to beat in the final, Andy insisted he had worn him out first. Andy even drove the normally placed Jamie to violence through taunting, with Jamie landing a blow so violent that Andy was disfigured on one hand.

Always highly competitive, Andy would throw the monopoly board in the air if he was losing. On court as a child, he was willing to answer back, and certainly wouldn’t allow less talented players to make false line calls in matches without contesting it.

These traits led him to take his tennis seriously and he had a coach from the age of 11. Growing disaffected with the parochial attitudes and unsupportive nature of the English Lawn Tennis Association, he had a conversation with a young Spanish friend called Rafa Nadal, and decided to train in Spain. He studied in Barcelona, at the Schiller International School, from the age of 15.

Life at the academy included training from Emilio Sanchez, formerly the world #1, who honed and sharpened his skills and, by 2004, after showing much promise and winning various junior titles, he was selected as the BBC Sports Personality of the Year.

The following years saw him amassing a team around him, including a coach, physios and others to bring him to his best.

Yet Murray had still not found the right coach. Some previous coaches had attempted a psychoanalytic approach on Murray, which served only to annoy him, others were not strong enough personalities. Murray even took on Brad Gilbert, former coach of his childhood idol, Andre Agassi, but Murray’s hotheadedness did not fit Gilbert’s laidback personality, and they soon parted company.

Lendl had a profound influence on the younger man. In many ways he was a stabilising effect on the player. The Czech’s icy coolness countered Murray’s emotional side. Prior to Lendl, Murray’s strongly competitive streak would often manifest as powerful swearing on court, or self-harm as he slammed his fist into his racket till his knuckles were raw, or once again, hit himself in the face.

These histrionics did not enamour him of the press, who described him as McBrat, in a direct echo of John McEnroe’s inability to control himself on court in the 1980s.

Murray settled and matured under Lendl’s influence. He was often seen in long conversations with him on the court – but Lendl was also careful to keep his distance from the player, choosing not to socialise with him after work, perhaps aware of Murray’s moodiness.

Although Murray was runner-up at Wimbledon in 2012, something changed in him psychologically when a few weeks later he was back on centre court to win Olympic gold for Great Britain. Perhaps discovering that he was the best in the world at the point, or finally winning at Wimbledon changed him. He went on to win his first Grand Slam at the US Open the following September, and was back to win at Wimbledon the following year.

Though Grand Slam success has eluded him since, Andy Murray is one of the most intelligent and exciting players of the modern game. This makes for deeply entertaining tennis.

With the adoption of Jamie Delgado as his latest coach, The Best You wishes him luck as Wimbledon 2016 approaches.