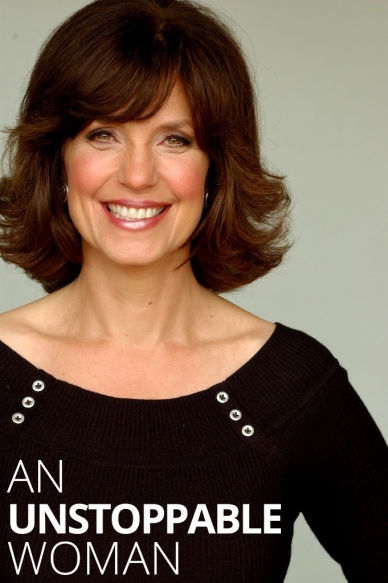 After a life-changing event, Cynthia Kersey refocused her energy into making positive change in the world

For most people, corporate success is enough, but thankfully Cynthia Kersey isn’t most people. Starting at Sprint, Kersey’s career progressed to the top of her field, managing a $30m account and achieving a six-figure income, but she wasn’t fulfilled or passionate about her life. Bravely, she stepped aside from these trappings to achieve her first goal of writing a book, Unstoppable, a series of profiles of people who have overcome obstacles to achieve personal triumph. “I’ve always loved stories of unstoppable individuals,” explains Kersey. “I read about and studied people who have a purpose, stay focused and refuse to be put down. I was inspired and cashed in my savings to write that first book.” However, just 18 months later, Kersey’s 20-year marriage fell apart leaving her devastated and feeling out of control. “It was my dear friend, Millard Fuller, founder of Habitat for Humanity, who told me that when you have a great pain in your life, you need a greater purpose, and suggested that I build a house for a family in need.” Now a single woman, living on the proceeds of her book, Kersey threw herself into the project to raise funds for construction in Nepal. Instead of feeling satisfied at achieving funds for just one house, she continued with her effort, raising $200,000 in 12 months, until 100 families had roofs over their heads. Leading a group of 18 people to Nepal, they worked on the build of the first three properties in early 2001. “At 100 houses, the sense of achievement felt bigger than my pain,” she says, “and I was, once again, inspired. That was my first experience of the power of giving, and it truly transformed my life, catapulting me into a deeper level of service and contribution. “While I was in Nepal I met a single woman who was to live in one of the homes. We connected deeply and I remember her saying, ‘Thank you. Please don’t forget me’. That was a pivotal moment and I was inspired to integrate giving into my business and make a big difference. “I wrote my second book, Unstoppable Women, in 2005, and was invited to a rural African women conference in Kenya. Women at the event had spent days walking across the continent to share their stories, and I was both shocked and inspired by those I met. It brought home to me that where you’re born determines the rest of your life. The biggest hope of the women there was that their daughters get an education as it would change their lives.” Kersey’s second major opportunity came about in 2008, as she turned 50. A friend’s son had asked people to donate towards the funding of a school in Uganda, for his bar mitzvah. “I was inspired again,” says Kersey. “I thought if I organised a fundraiser and invited 100 people, asking them to donate $100 each towards a Ugandan school we could make a difference. In actual fact, we raised enough to fund two schools. “Collectively we gave and did something significant, it was so moving and I was inspired to start the Unstoppable Foundation and asked others to use their birthdays as fundraisers to help educate children in Uganda. “Three years later, I was still working, but I wanted to fundraise full-time, so I talked with my friends about my feelings. One day I thought, “This is the master plan, I will call three people a day and ask them to contribute money, their products or resource. “They responded so fantastically, one donated $50k and ran one of our campaigns. It was just amazing, I felt that the universe had my back and that this was the right thing to do. “Since then, the Unstoppable Foundation has really grown, and we’re now educating 7,000 children a day. There are five pillars to our work, to provide education, sanitation, food and nutrition, healthcare and to create selfsufficiency.” Later this month, Kersey’s Unstoppable Foundation  will host a gala dinner to raise funds. Its goal is to educate every child – the World Bank estimates that to achieve primary education for every child would cost $11-15bn a year, half the amount spent on ice cream in the US, and a third of the amount spent there on pet food. “Both personally and for businesses, the power of giving is immense and I am still inspired,” says Kersey. “Most unstoppable people don’t see themselves as anything special, and anyone can do these things, it just takes a leap of faith and courage to stay the course. When I was writing my first book, I worried whether anyone would read it, but my faith led to the creation of the Unstoppable Foundation and the work it does today.” (biog) Cynthia Kersey is an author and founder of the Unstoppable Foundation (unstoppablefoundation.org), whose mission is to ensure that every child on the planet receives access to education.

MORE ICON Find out more about the Unstoppable Foundation at http://unstoppablefoundation.org/why-education/