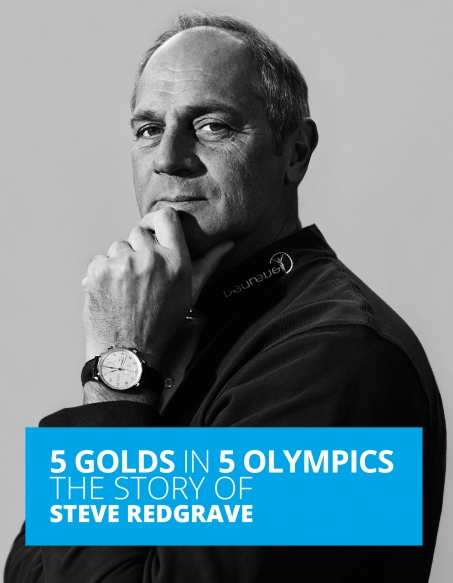 With the Olympics in full swing, remembering the amazing achievements Olympic greats will inspire anyone to get out there and succeed.

Steve’s first Olympics gold came in the 1984 Olympic Games in Los Angeles, USA, in the Coxed fours events. Then, in the Seoul Olympic Games of 1988 her won gold in the coxless pairs, as well as bronze in the coxed pairs.

After two gold medal, you might think that Steve would be happy to hang up his hat and retire. But Steve was doing something not only that made him a worldbeater – but also something he loved.

His third Olympic appearance in Barcelona, Spain in 1992 saw him win gold in the coxless pairs once more. He now had three consecutive Olympic golds to his name, but still he had the passion for more.

In the 1996 Olympic games in Atlanta, USA, he won his fourth gold medal, again in the coxless pairs.

After this win, he vowed never to compete again in the Olympics. The strain was too much and he was getting “old” in athletic terms. The following year when he was diagnosed with diabetes, it seemed that his Olympic career had finally come to an end.

Yet Steve did participate.

Extraordinarily, at the Sydney Olympics he went on to win his fifth consecutive Gold, this time in the coxless fours.

Never before in Olympic history had any rower won five golds in consecutive Olympic games.

Since “retiring” Steve works to raise money for children’s and other charities. He also also selflessly promotes his own charities and remains active not only in sports, but in business.

Sir Stephen Redgrave (he was knighted in 2001) is a fantastic role-model – and serves to remind us that the Olympics are not only about what goes on in the stadium, but in the minds of the competitors – and the good they can do for the wider community, too!

The Olympics are about far more than getting gold as Steve Redgrave proves, even now, years after becoming one of the greatest Olympians ever!

Life-Changing Seminars From The Best You Can Be http://www.thebestyoucanbe.org/find-seminars/all/all/all/all