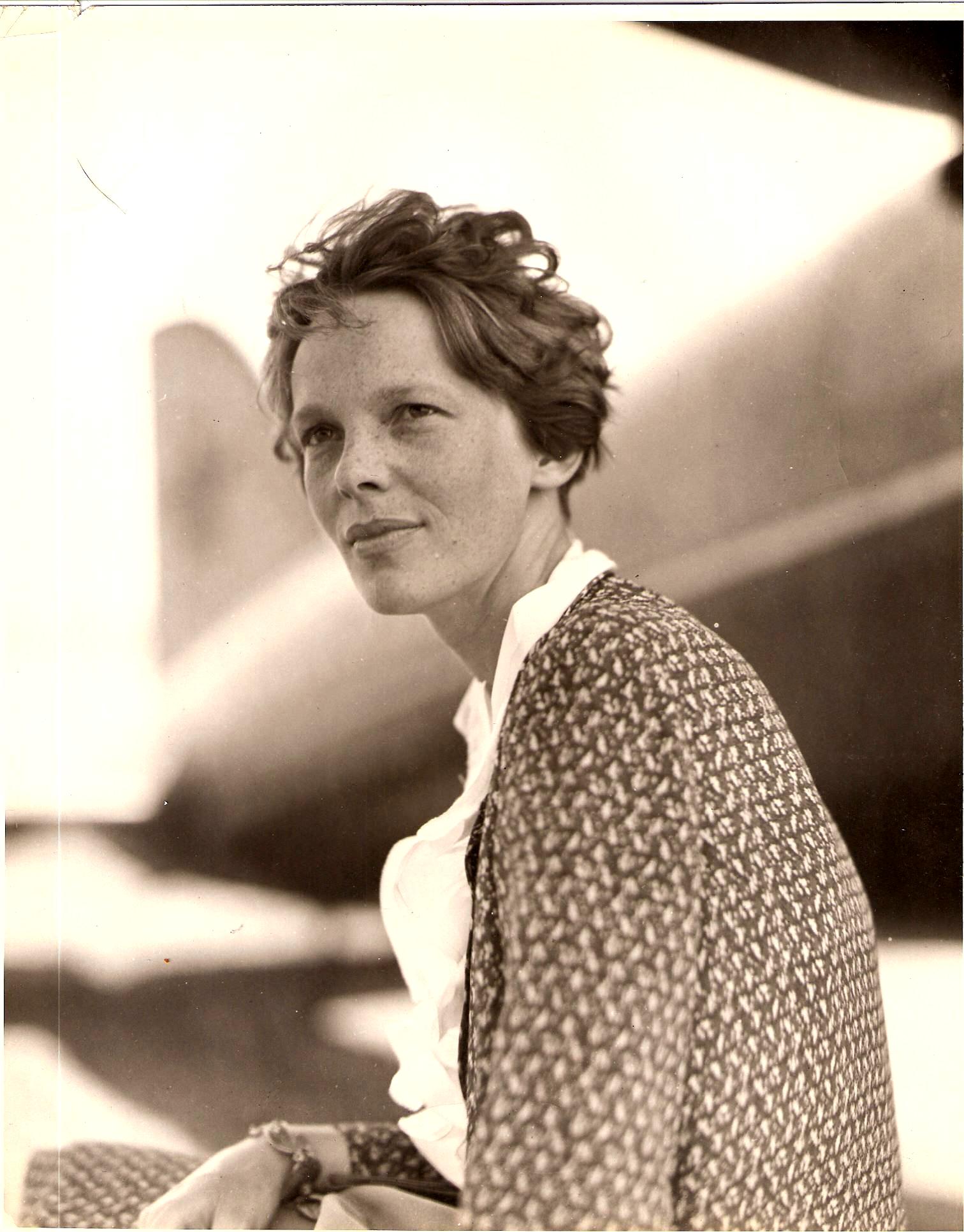 Born in 1897 in Atchison, Kansas, to wealthy parents, Amelia was raised by a mother opposed to moulding her children into “nice little girls”.

She took her first flying lesson in 1921 and saved up to buy her first plane, a bright yellow biplane she named “Canary”, which she used to set her first women’s record by flying to 14,000 feet.

In 1928 publisher George P. Putnam approached her to become the first woman to fly the Atlantic. Three woman had died that year attempting the flight, but she flew successfully from Newfoundland to Wales in 21 hours.

When Earhart married Putnam she maintained her independence, referring to the marriage as a “partnership” with “dual control.”

In 1932, five years after Charles Lindbergh, she took off from Harbor Grace, Newfoundland toward Paris, being forced down by bad weather over Ireland.

She went on to set an altitude record for autogyros, became the first person to fly solo across the Pacific and was first to fly solo from Mexico City to Newark.

In 1937, Earhart aimed to be the first women to circumnavigate the globe. Just 7,000 miles short of the 29,000 mile journey her plane was lost in the Pacific. Her go-getting attitude remains an inspiration to everyone seeking to push new boundaries.

“Amelia Earhart’s believed that men and women were equal in “jobs requiring intelligence, coordination, speed, coolness and willpower.” She knew the risks, and proved she was anyone’s equal.” – Bernardo Moya

“Please know I am quite aware of the hazards. I want to do it because I want to do it. Women must try to do things as men have tried. When they fail, their failure must be but a challenge to others.”