All a-hoard by Matthew Wingett

Home All a-hoard by Matthew Wingett 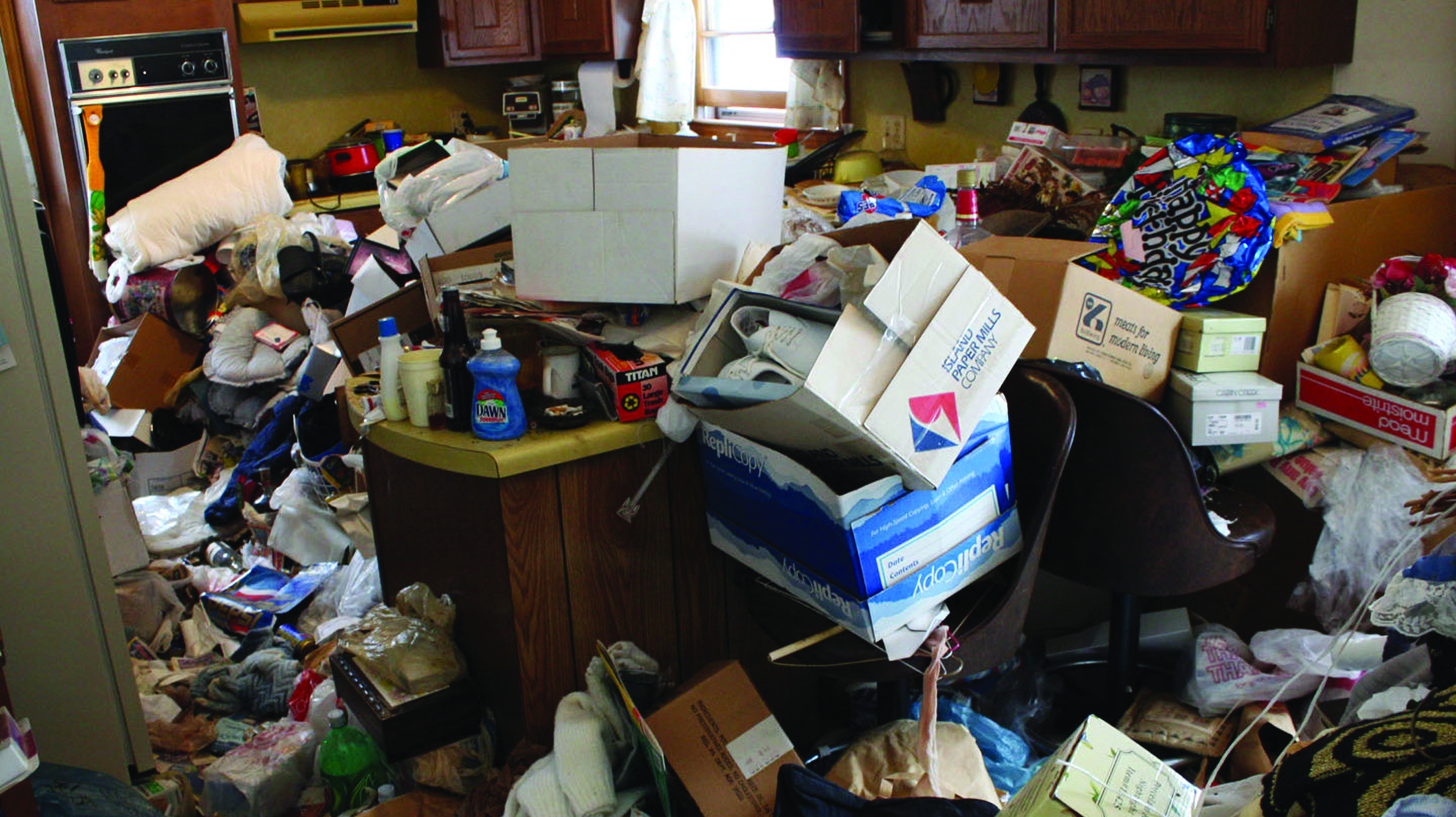 Many of us can be sentimental about objects that mean nothing to anyone else. On one level it’s quite natural, but for some throwing out the rubbish can be not only difficult, but impossible. The Best You investigates Compulsive Hoarding.

In 1947 in Harlem, New York, two elderly brothers, Homer and Langley Collyer, caused a media sensation when they paid the ultimate price for the obsession they shared. The brothers had literally crammed their house to the brim with books, musical instruments, newspapers, tools, guns and much more. They were so protective of their hoard they had even set up booby-traps to deter intruders.

Homer was blind and paralysed by rheumatism, so Langley would crawl through tunnels in the hoard-filled house to bring him food. When Langley tripped one off his own booby traps, he was crushed and killed under a weight of books and other items. Homer died some days later, the post mortem revealing he was malnourished and had suffered cardiac arrest.

Whilst this is the extreme end of the scale, hoarding is surprisingly common in Western society with estimates putting prevalence at two to five per cent of the population. 70 per cent of Compulsive Hoarders have onset of their behaviour before the age of 21, with the vast majority developing it in adolescence.

Problems with hoarding really arise when it becomes in some way unmanageable. A bibliomaniac may be considered eccentric for his collection of books. A hoarder of animals unable to feed them may face prosecution. And people unable to part with food, rubbish and even their own faeces take the problem to another level. For the Collyers, being killed by the urge to keep certainly falls into the “unmanageable” category.

The good news is there is help at hand. The UK’s NHS treats Compulsive Hoarding with Cognitive Behavioural Therapy. There are support groups and advisers who can help sufferers beat their obsessions, or at least manage them.

New research is going on into the disorder all the time, with studies by US-based Monica Eckfield and Randy Frost developing new ways to understand and treat the condition.

The number one thing is to recognise the problem. Many hoarders see nothing wrong with the things they keep in the house. But remember, if it’s making life difficult, the time will come for you to do more than a “little bit of decluttering!”

What You Can Do Now

Andy Warhol was a Hoarder – the only rooms in his four-storey house with paths through them were the kitchen and the bathroom, the rest were crammed with items.

Warhol left behind 610 “time capsules” – boxes filled with restaurant receipts, bills, and in one case, a mummified human foot from Ancient Egypt. To date, more than 20 years after his only 19 have been fully archived.

For help and advice: