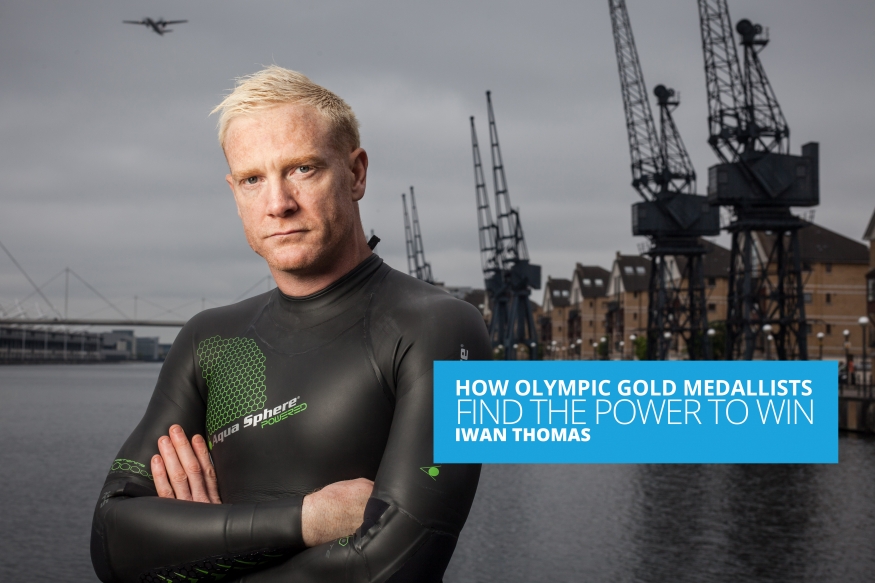 Some athletes the world over have a very particular mindset that means one thing: Gold. Matt Wingett explores the mental habits of Iwan Thomas, Olympic Gold Medallist.

In an interview with Richard Bandler in his DVD series The Secrets of Success, Olympic Gold Medallist Iwan Thomas revealed the way he brings his determination to bear on his race.

The mind set he describes, is reported by elite athletes the world over. It is one of absolute focus.

As Iwan Thomas puts it when talking of his victory:

“You have to be purely selfish and focused on that one lap of that track, nothing in your mind, everything has to be clear. The only thing that you’re thinking about is how you’re going to run that race, and what it’s going to feel like when you win it. That’s it.”

In The Secrets of Success, Richard Bandler, co-creator of NLP,
interviews 4 highly successful people, to find out just what they did  to achieve success.

This clear statement of the role his mindset played when he was running in the big races is revealing. If you want to be a great runner, then you need to get the clutter out of your mind, so that your focus is purely upon the outcome you want.

If there are nagging voices of doubt, then those voices need to not only be got rid of, but replaced by voices that say something far more useful.  Voices of certainty, voices of strength and voices that give you a strong positive physical feeling.

This method of “psyching yourself up” is only a part of the process to get to the goal you want.  There is also the matter of mental rehearsal.  Iwan Thomas again:

Preparing yourself for the outcome you want by repeatedly rehearsing it in your mind is an absolutely vital part of winning.  Once again sportspeople from all over the world and from all sorts of sports report the same technique.

But “seeing” it isn’t the only aspect of getting that winning mindset right.  Nor is just getting the voice of certainty right in your mind.  The other thing you have to do is ensure that your feelings are absolutely right. Playing with the pictures you make, and the things you tell yourself will cause a response in your body.

Building up a sense of excitement, a sense of calm, a sense of certainty, a sense pure, unshakeable knowledge that you will do something in the future, and feeling that as if it is true now, or just about to be true very shortly – these are all emotional states that may be useful to you in the context you are in.

That feeling of unshakeable knowledge that something that might happen definitely will happen and is as real as the fact that you have a body or eyes is called belief.  It is much more than belief in the sense of an intellectual exercise – it is the unveering direction in which you set yourself. It will keep you directed at your goal, “homing in” repeatedly on what it is that you want to achieve.

These mental habits are at the heart of the Olympic athlete’s mindset.

“You have to look into the future, you have to make what you’re seeing in the future compelling. Which means you have to be able to adjust your fantasy of where you’re going to be so that it’s so strong you feel it in every fibre of your soul.”

Whether you are a sportsperson, a businessperson, an actor, an artist – whatever your level of endeavour – that mindset will help you to succeed.

Find out more about The Secrets of Success, here.