A-la-la-la Zumba by The Best You

Home A-la-la-la Zumba by The Best You 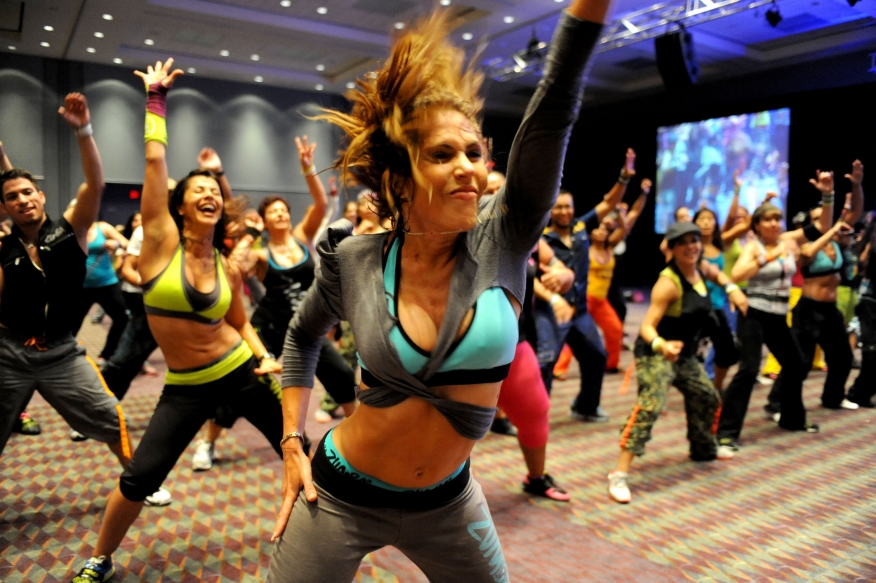 The Latin dance / fitness craze of Zumba has taken the world by storm. So how did it start and what does it involve? The Best You reports.

We are told that a great memory will help us get on in life, but the story of Zumba shows how being forgetful and able to improvise can be equally valuable.

Zumba began in 1986 when Alberto “Beto” Perez, who was working as an aerobics instructor in Colombia, forgot to bring his aerobics tapes to work with him. He improvised a class around the tapes he had in his backpack, which had a mixture of merengue and salsa music, adapting the moves for the Latin rhythms.

The class was a success, and Perez went on to extend the concept, until by the late 1990s he decided to take the idea to the USA.

By this time, Zumba was a fully developed aerobic exercise system, that was easy to do and incorporated not only salsa and merengue, but elements of mambo, chachacha, flamenco, cumbia, samba, bellydancing, soca, bhangra, hip hop music, axe music and tango.

Working with two friends in the US, Perez produced a demo video and licensed the product to Fitness Quest, who created a line of home videos and a direct marketing campaign.

From here, the phenomenon spread across America, and from there across the world.

Zumba sessions are usually around an hour in length, with instructors licensed by the Zumba Academy. They make for great exercise, having fast and slow rhythms and resistance training, and burning off an estimated 500-1000 calories per session. Different types of Zumba have been developed for specific markets – for example Zumba Toning is designed to target the thighs, arms and abs as well as other areas, while Zumba Gold is a more gentle exercise designed for older participants.

Probably the most famous Zumba participants are Jennifer Lopez and Kirstie Alley, as well as Halle Berry and Victoria Beckham.

The effect of exercise, movement and bright uplifting music has a great effect on participants, who come out not only feeling toned and well exercised, but also full of beans from the music.

With an estimated 14 million people taking weekly Zumba classes in more than 150 countries, and with children as young as four taking part as well as people into their 70s and older, it’s a universally enjoyed and fun exercise regime.

A demo reel was presented to Fitness Quest to create a direct marketing campaign and a line of home videos by three Albertos: Alberto “Beto” Perez, who came up with the idea, teamed up with cofounder Alberto Perlman and a childhood friend, Alberto Aghion, who is now the COO. That’s a lot of Albertos!

One Zumba class, which lasts about an hour, can burn calories between 500 -800 calories.

That’s more than a Big Mac!