A Daily Dose of Love

Home A Daily Dose of Love 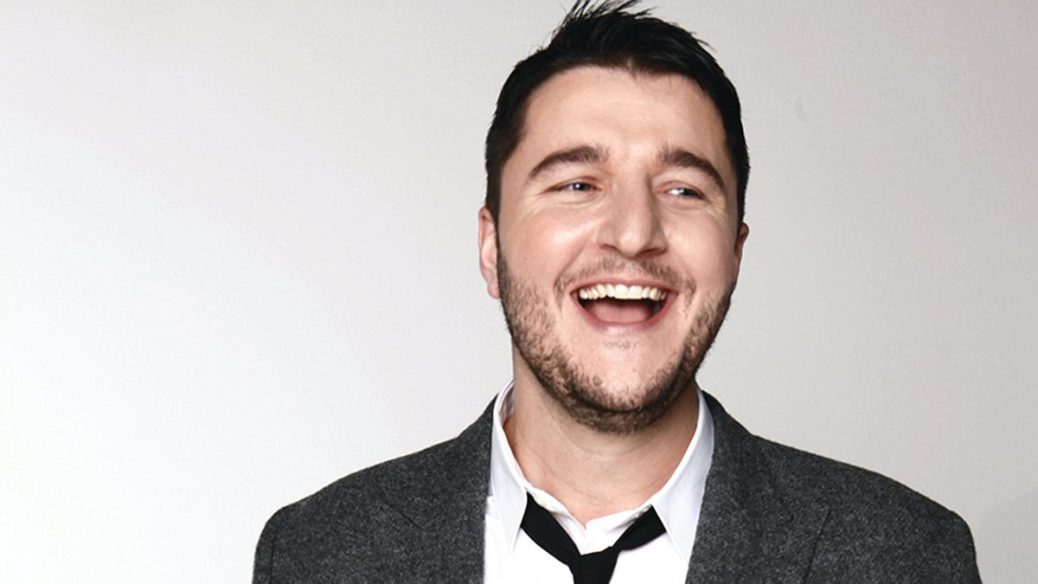 How Mastin Kipp, founder of TheDailyLove.com, became a life coach for generation X

Mastin Kipp was just 19 when he left his home city of Kansas for Los Angeles. His mission was to break into the music business, a dream millions share. Kipp worked hard and within just a few years was vice president of a record label.

Life was a party, but a nightmarish one, it turned out.

”In Hollywood, there’s a certain type of lifestyle – sex, drugs, and rock and roll – and it was a lot of fun, until it wasn’t a lot of fun. I was partying a lot, doing drugs, spending money like crazy. Some people have Starbucks, I did drugs. Every single day,” says Kipp.

It was an unsustainable lifestyle, but Kipp didn’t know how to stop it. When he was 22, there came a moment when he knew his life had to change.

“It was around four o’clock in the morning. I was driving home to Santa Monica after a massive fight with my ex. I was high as a kite,” he says.

Kipp pulled out in front of a police car – he was sitting on a bag of cocaine, and it looked like he was going to get arrested. It was in that moment that he decided to pray, pleading “dear God, if you help me get through this, I’ll quit.”

Kipp explained to the police officer that he was tired and upset after an argument with his girlfriend, and to his relief the officer let him go. He says he ‘felt a presence’ in the car with him on the way home, and it convinced him to change.

Kipp decided there and then to find out how to have as much fun without drugs as he’d once had on them. It was the start of his journey of discovery.

Initially, Kipp set up the website TheDailyLove.com to connect with friends by sharing blog posts and emails. He explored different spiritual practices, such as yoga and meditation, and wrote about them with his trademark engaging humour. Kipp’s aim was to help others reach a new place of spiritual awareness as he shook off his former lifestyle and got both fitter and happier. Gradually, TheDailyLove.com began to grow in popularity.

“When we first started, it took me a year to get a thousand followers,” Kipp says. “The relationship I was in fell apart, the investors in my company pulled out because they lost money in the recession. My business partner and I broke up. My lower back went out. And I got gout in my big foot. All in one week.”

Then, Kipp’s roommate told him he was going to move out, so Kipp moved into a pool house. But, a month after the move everything changed when Kim Kardashian tweeted: “I feel so inspired when I read tweets from @TheDailyLove. They make me feel lovey and positive!”

Kardashian had a million followers at the time, and overnight the traffic to Kipp’s website skyrocketed and his Twitter following went from 1,000 to 10,000. With his audience growing, Kipp continued to work on himself, and in doing so was helping others by sharing inspirational ideas through TheDailyLove.com, and then with talks and seminars.

In 2016, Kipp released his first book, Daily Love: Growing into Grace, in which he encourages people to discover their own path. His dyslexia meant that writing the book was not the easiest task, and Kipp admits the early draft of the book was just like a blog post. But with guidance from his editor, he succeeded in writing a new classic for the personal development world. He followed it in 2017 with Claim Your Power: A 40-Day Journey to Dissolve the Hidden Blocks That Keep You Stuck and Finally Thrive in Your Life’s Unique Purpose.

Over the last few years, Kipp’s influence has grown and grown, with Oprah Winfrey describing him as a “new generation spiritual thinker” who she believes is “one of one hundred awakened leaders who are using their voices and talent to elevate humanity,” alongside other teachers like Anthony Robbins, Deepak Chopra and Eckhart Tolle.

Anthony Robbins commented: “I’ve watched Kipp transform from rock bottom to someone who turned his life around and is making a massive impact on the world.”

Kipp is now widely regarded as one of the next generation’s thought leaders, and he divides his time between his home in Los Angeles, which he shares with his girlfriend Jenna, and across the world where he conducts seminars. Kipp’s message is that everything changes the moment you discover your life’s unique purpose. Success, love, abundance, health and wellbeing, and vibrant energy are all byproducts of leading a purpose-filled life. 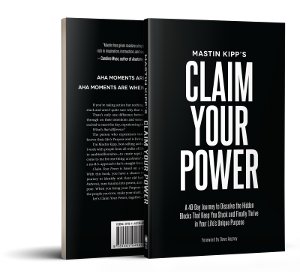 “Follow your bliss with courage each day and trust that even though you don’t know what’s going to happen next, life is rigged in your favour,” says Kipp.

For more information visit www.TheDailyLove.com
Claim Your Power by Mastin Kipp is out now