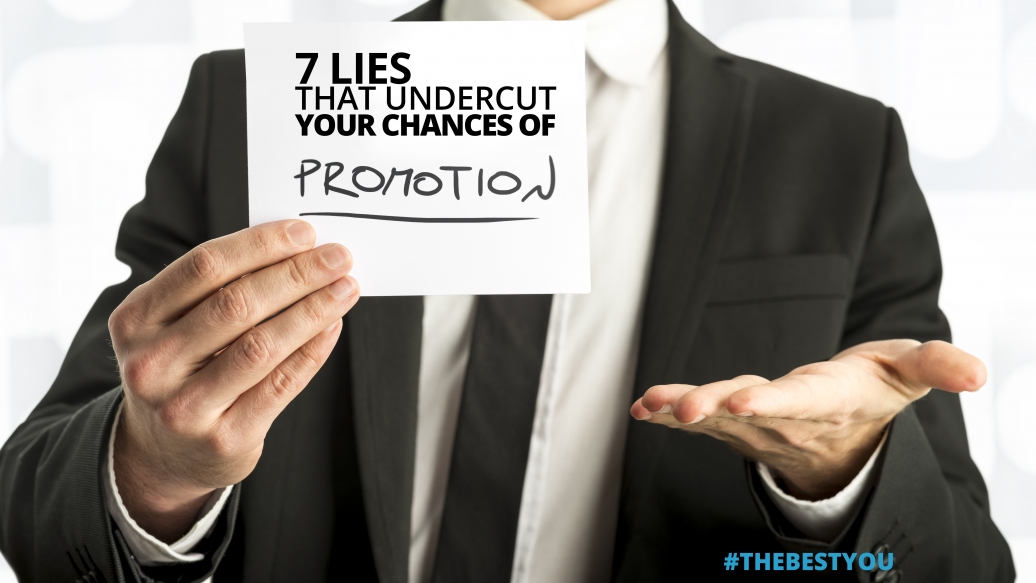 I thought I’d done everything you’re supposed to: hard worker, team player, grad school, and unfailingly dependable. I hadn’t taken time off to hike around Europe and eat chickpeas, for goodness sakes! But it was hard to argue he was wrong.  Other people (who I might have referred to as pinheads in a fit of jealousy) seemed to effortlessly skip ahead of me.  Men and women marked for upper management in some sort of mysterious ritual I couldn’t understand.

Oh sure, there’s an element of truth in there.  Just enough to keep you stuck in your position for decades. Once I cracked the code, one opportunity after another opened its doors to me.  Of course, by that point, I wasn’t sure I even wanted a job in upper management. But I knew I wanted the ability to choose the direction of my career for myself … up, down, or sideways.

Corporate careers have turned into an endurance sport. The more ambitious and prestigious the culture, the more pressure you’ll feel to keep your butt in your chair long past your optimum. But if you watch closely, there’s usually very little connection between hours worked and promotability.

You’ll often hear people say it doesn’t take much to become good or ”better than average” at something because most of your competition won’t try very hard. That’s true, but the problem isn’t work ethic.  It’s fear of failure.  We run around the office all day, trying to look busy, even to ourselves, as a kind of avoidance mechanism. Better advice is to be focused, be bold, then go home to nurture your creativity. Out-performing your competition is better than out-working them.

It’s the curse of the can-do attitude. You take pride in your work.  You enjoy putting those little finishing touches that others just can’t be bothered with.   The better you perform, the more your boss becomes convinced he can’t live without you. I’d never suggest you do your job poorly, but you don’t want to become indispensable either.

A promotion isn’t based on your past performance, but your potential for future work.  Can you delegate? Can you motivate?  Do you have a vision? Or are you nothing more than a fancy workhorse? The skill sets for the manager and entry level worker are entirely different, which is one reason few ever work their way to the top from the bottom.

As soon as possible, you need to make it clear your true talents are being wasted.  This means demonstrating initiative and creativity for tasks that clearly aren’t in your job jar.  And don’t try to make it a solo effort.  Inspiring others around you to help achieve your vision will dramatically enhance the effect.

Perhaps you’ve stood in front of your closet and despaired. Your suits and dresses are more than five years old.  They’re practical, but they’re not smart. How can you project an image of innovation when your clothes say you’re so 1995?

I’ve written about this before, but I think people way overthink their professional wardrobes.  It’s true that you have to meet a minimal standard and in general your style of dress should match those you want to work with. Unless you work in the fashion industry, label and style are far less important than you think.  Seriously, who remembers what you wore to your last business meeting? Executive image isn’t just what people see on you, but what they see in you.

You know why people spend so much energy nit-picking outfits? Because it’s easy.  There’s a common standard (label and price) by which you can measure success. What’s hard, but far more valuable, is improving your confidence and competence.  That’s not to say you shouldn’t try to improve your appearance.  Just remember that no matter what you’re wearing, confidence is the ultimate accessory.

Personal branding is an over-hyped buzzword, but there is value to the concept. What you and your boss can learn from marketing is how to connect action to impact. Most workers go into their appraisals talking about features (I did this, I developed that).  But it’s critical you follow that up with benefits (this resulted in, the company earned). Done this way, it doesn’t feel sleazy or boastful because impacts are based on fact, not a big head.  If you worry people won’t believe you, change the approach to your work until the benefits are undeniable.

While recently flat-hunting in London, I saw this great advertisement on the tube that said, “You know how to recognize a ticket checker? They look just like you.” The same could be said of “influencers.” I dislike most advice about networking, or at the very least I dislike the result of such advice.  Like the time I watched people at a blogging conference quickly lose interest in a conversation once they learned the size of your audience.

There’s no way to gauge who’s going to have the right influence at the right time.  You think if you can just play golf with the VP, you’re set.  In fact, it might be far more fruitful to chat up the VP’s secretary while he’s off playing golf with someone else. Influence moves in mysterious ways.  The people you think have the most influence might have the least, and vice versa.

Be friendly and collegial with everyone, but don’t force it.  If you don’t particularly like someone, don’t try to maintain a relationship just for the sake of networking. My rule of thumb is: if I don’t like them enough to make small talk, I’m probably not going to enjoy working for them (or their friends). Make your agenda the mutual exchange of exciting ideas, not adding their personal info to your contacts.  And don’t be too obiedient or submissive–respectfully challenge them if you think they’re missing something.  Executives won’t invite you to join their ranks if you can’t act like you belong there.

It all depends on your industry.  Even in the crazy credentialed world of science, the answer is fuzzy. For example, you absolutely need a Ph.D. if you want funding from government agencies to do experiments.  But if you want to run an entire research lab?  You can often get by with a masters degree and a good business track record.  The Ph.D. actually becomes a liability when you try to advance too far, because people assume you’re a socially inept nerd.

This advice is so pervasive, you’re going to have to challenge the system to get a straight answer.

Ask specifically what skills or competencies another degree will provide that you can’t learn on the job.  Don’t be afraid to ask if your company would consider modifying their policy if you can demonstrate the desired outcomes through self study or an internship.  It may be your boss and boss’ boss both regret and disliked their graduate experiences. Another option is to look outside your current company.  Sometimes people who have known you a long time at a certain position can’t imagine you moving up without an externally validated change.  New faces might not harbor the same prejudice.

Oh those dreadful meetings with your mentor when they ask you to pull out your 5 to 20 year career plan! You have to have an answer or you look like a complete idiot.

But it always felt so constricting.  I swore I could literally hear doors closing with every word out of my mouth. It’s good to have goals, but it’s dangerous to think you can treat career progression like a checklist.  Great careers are rarely so straightforward and linear. A little serendipity goes a long way.

Instead of making a plan around specific positions or salary, think about other ways of defining professional growth.  Maybe your career plan is to increase the span of your impact, from local to regional to national.  Maybe your work changes from tactical to strategic.    These kinds of career goals give you a lot more wiggle room for determining how you reach success. Of course, the worst lie of all is that a promotion can finally bring you the fulfillment you’ve been missing.

We think the only way to grow is to do more, control more, get paid more.  The only way to validate our worth is by having others lift us up. Or maybe you’ve finally come around to the idea that it’s better to impress yourself than your boss or even your mother.  Don’t neglect that voice inside you.  Getting promoted is easy.  Finding work that makes your heart sing is harder, but worth far more than a fatter paycheck.

You see, work isn’t just what you do to pay the bills.  It’s challenge and community.  It’s making the world a better place than you found it, whether that world is as small as a mechanic’s garage or as large as an online stage. Like children, good work transforms you, it makes you the person you always wanted to be.

Your ideal career might require a step up, or it might mean stepping off the grid all together.  Ask yourself: does the world need another executive or does it need more heretics? It’s not my place or your boss’ place to say.  But if what you really want is meaningful work, then hold your career to that standard.