7 Inspirational Einstein quotes he never actually said – but should have!

Home 7 Inspirational Einstein quotes he never actually said – but should have! 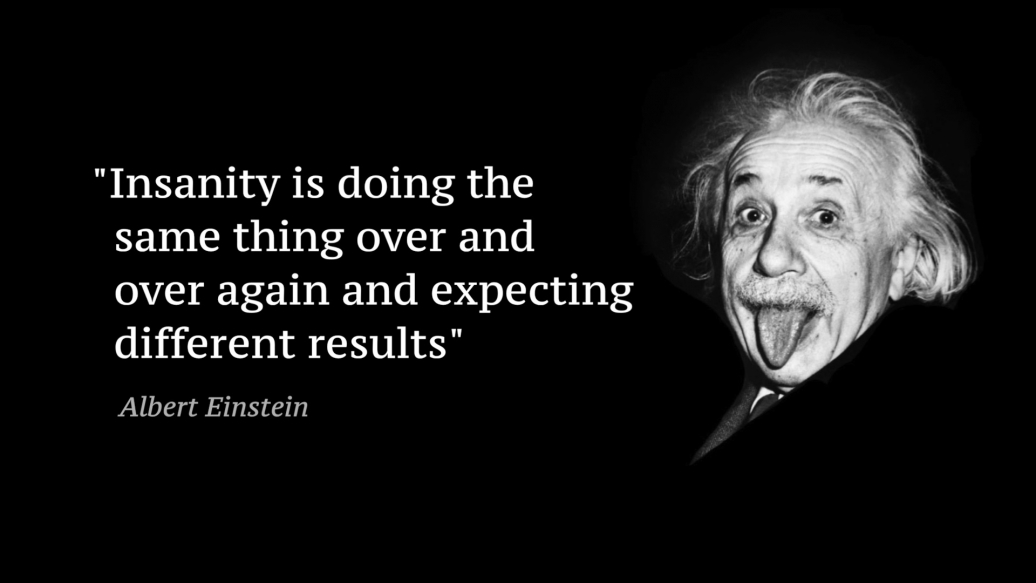 All over the net, you’ll find quotes attributed to the genius of physics, Albert Einstein. Here are 8 that he never said, but have such a fabulous grain of truth in them

that we just wish he had.

“The definition of insanity is doing the same thing over and over and expecting different results.”

This quote says something that seems so clear. If only we started to learn from our mistakes, we wouldn’t keep making them. It’s a great point and one to carry in your heart.

However, that’s the definition not of madness, but of inflexibility or lack of imagination or even an inability to learn. What it isn’t is a definition of insanity. It might be a symptom of insanity, but nope, it’s not the definition!

“Everything is energy and that’s all there is to it. Match the frequency of the reality you want and you cannot help but get that reality. It can be no other way. This is not philosophy. This is physics.”

This is a great quote. It basically puts forward the ideas behind works like inspirational book The Secret or the sentiment behind The Law of Attraction ­ both great philosophies.

It’s certainly true that your reality tends to reflect the type of energy you put into it. Let’s face it, when you put happiness and kindness into the world, you also tend to interpret things out there in a certain way… you notice the good things in life. Your subjectivity shapes your world. It’s a wonderful idea and one to take with you.

So, it ain’t physics and Einstein never said it. But hey! So what?!

This is far less something Einstein would have said than a simple assertion of faith. It’s an old theological argument that evil is an absence rather than a power in itself. In that way, it is perhaps an optimistic view of the universe and a statement of faith that all people can be brought to goodness and love. Not a bad thing to think, maybe?

“Everyone is a genius. But if you judge a fish by its ability to climb a tree, it will live its whole life believing that it is stupid.”

There’s something in this that just smacks of truth. But it also does not smack of a truth spoken by Einstein. We’ve all been or seen square pegs in round holes – finding the place where you fit in, whether that’s up a tree, in the sea or in infinite other places, is the way to make you shine. That word “genius” is a bit of a giveaway that it wasn’t one from Einstein. It has a feel of the feel ­good Human Potential movement rather than from the father of modern physics. And you know what? You should feel good about it. And yourself.

“Any intelligent fool can make things bigger, more complex, and more violent. It takes a touch of genius—and a lot of courage to move in the opposite direction.”

A wonderful quote which perhaps unsurprising comes from a book published in 1973 called Small Is Beautiful. The author wasn’t Einstein, but a Buddhist economist called E.F. Schumacher. And what’s not to like about the whole idea of simplicity? It brings life back to human, manageable levels, after all!

The previous one was from an economist, this one comes from someone arguing against simple economics, a sociologist by the name of William Bruce Cameron. The full quote is: “It would be nice if all of the data which sociologists require could be enumerated because then we could run them through IBM machines and draw charts as the economists do. However, not everything that can be counted counts, and not everything that counts can be counted.”

Two things inspire me to awe: the starry heavens and the moral universe within. This is a variation of a sentence from Immanuel Kant’s Critique of Pure Reason.

It’s uplifting, it’s wonderful, and it points at the infinite exploration and wonder to be had from both the physical and metaphysical worlds. So don’t worry it Einstein never said it.