7 Habits of Highly Effective People – Summary by Will Edwards

Home 7 Habits of Highly Effective People – Summary by Will Edwards 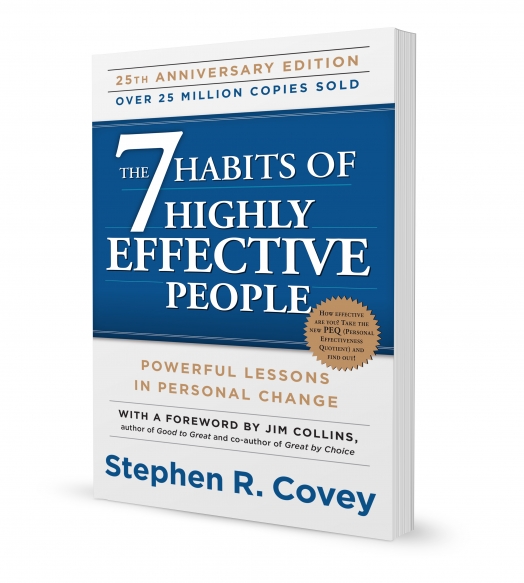 The 7 Habits of Highly Effective People is a popular book, published by Simon & Schuster, and written by Stephen R Covey. It provides a useful, sequential framework for understanding much about the process of personal development. Many highly successful people seem to have naturally developed these principles of effectiveness.

Stephen Covey’s principled approach is not a quick-fix prescription for personal growth. But, says Covey, if you work hard at acquiring these principles, if you learn them well, think about them deeply and teach them to others, they will eventually become internalised. They will lead to fundamental change because they will affect who you are – your character – for the better.

Your personality was formed as the result of specific behaviours you internalised as you grew up. These behaviours are not things we need to think about, they represent little success strategies or ways of coping with life that we have found to be helpful. If you take a look at what Seneca said about human character, you will see how acquiring new habits leads to a fundamental change of character.

Sow a thought, reap an action
Sow a action, reap a habit
Sow a habit, reap a character
Sow a character, reap a destiny.

Stephen Covey was born in 1932. He lived with his wife, Sandra, and their family in Utah; in the Rocky Mountains. Covey achieved international acclaim, and was perhaps best known, for his self-help book The 7 Habits of Highly Effective People. which was first published by Simon & Schuster in 1989 and has sold around 12 million copies word-wide. Covey earned a Harvard MBA and spent much of his career at Brigham Young University, where he was professor of organisational behaviour and business management. In addition to his MBA, he also earned a doctorate which he completed whilst at Brigham Young University. Dr. Stephen R Covey received the Thomas More College Medallion for continuing service to humanity and has additionally been awarded four honorary doctorate degrees.

Covey was also a co-founder of the Franklin-Covey organization, which specialises in the application of Covey’s principle-centred approach to leadership and management. He was widely acknowledged as one of the world’s leading authorities on the subject of time-management. Thousands of organizations across the world, including many of the Fortune 500 companies, have adopted his innovative techniques on leadership, teamwork, and customer-focused service. His best-selling book on time-management, First Things First, co-authored with A. Roger & Rebecca R. Merrill, according to Simon & Schuster is the best-selling time management book ever.

The seven principles in the 7 Habits are not original thoughts – he does not claim to have originated the ideas but simply to have found a framework and a language for articulating the timeless principles embedded into the seven habits. The 7 habits are to be found, he says, in all the major world religions. He believes the principles themselves to be ‘self-evident’, that is, ‘you cannot really argue against them’. His view is that all highly effective people, and enduringly effective organizations, have utilised the 7 habits, to a greater or lesser extent, to sustain their success.

Summary of the 7 Habits

Stephen Covey is an excellent speaker and so his audio books, in addition to his written books, are well worth obtaining. A full list of relevant resources appears at the foot of this page. In this section, however, we examine what Stephen Covey says about his work. Here are a number of brief quotations which are taken directly from the book which provide a useful summary.

“Taking initiative does not mean being pushy, obnoxious, or aggressive. It does mean recognizing our responsibility to make things happen.”

Begin With the End in Mind

“(This habit)…is based on imagination — the ability to envision, to see the potential, to create with our minds what we cannot at present see with our eyes…”

“Create a clear, mutual understanding of what needs to be accomplished, focusing on what, not how; results not methods. Spend time. Be patient. Visualize the desired result.”

“Win-Win is a frame of mind that constantly seeks mutual benefit in all human interactions. Win-Win means that agreements or solutions are mutually beneficial and satisfying.”

Seek First to Understand, The be Understood

“Synergy works; it’s a correct principle. It is the crowning achievement of all the previous habits. It is effectiveness in an interdependent reality – it is teamwork, team building, the development of unity and creativity with other human beings.”

“This is the habit of renewal…It circles and embodies all the other habits. It is the habit of continuous improvement…that lifts you to new levels of understanding and living each of the habits.”