60 deep and brilliant quotes from Steve Jobs for you

Home 60 deep and brilliant quotes from Steve Jobs for you 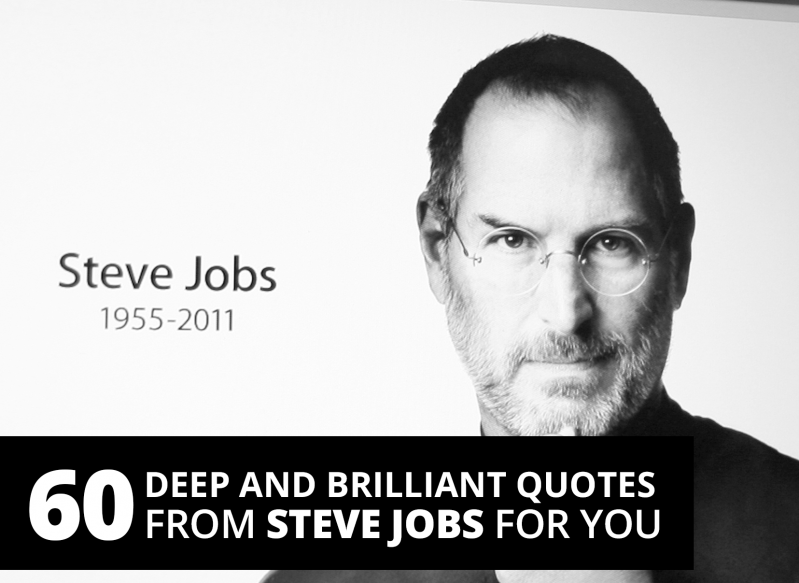 We’ve gathered together 60 of Steve Jobs’s brilliant sayings. Wise, clever, moving and always smart, at The Best You magazine, we hope he’ll prove an inspiration to you in whatever you do!