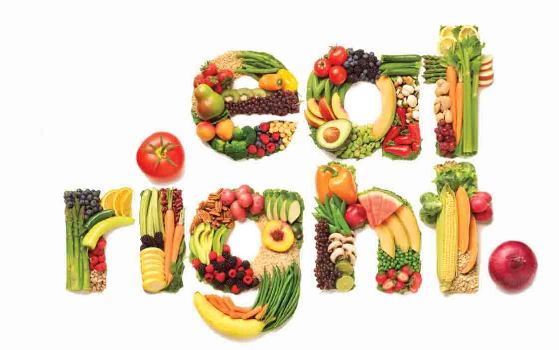 It’s no secret (quite the contrary to say the least) that I struggled with a nasty eating disorder since the age of 10.

So, during the most important years of forming my character, my habits and my life, I lost the ability to be in a healthy relationship with food. I forgot what it is like to eat when you’re hungry, to stop when you’re satisfied and to not label food as good or bad.I lost the ability to listen to my body’s signals and instead I overwrote those with the destructive habits of an eating disorder.

How Disordered Eating Affects Your Life

However, you don’t have to have be in a deathly relationship with anorexia in order to engage in disordered eating. When I look around and see my friends, family and loved ones, I can instantly spot whether they’re in tune with their body, whether their mind controls the amount of food they allow themselves to enjoy or whether they eat without being hungry, wallowing in food in order to stop feeling certain emotions. While this is absolutely their decision and their right, it always hurts me to see how unhappy they are about this fact. They don’t feel themselves anymore, they are disconnected from their bodies and they have no idea how to correct this state.

My natural alarm clocks are pretty sensitive with this subject, so I can even tell if someone is struggling, but doesn’t even know it yet. Over time, however, this will lead to more unhappiness, more frustration and more detachedness from nature and the natural state of being.

Whether you’re on a constant diet, trying out every new weight loss program or product or simply confused what balanced eating and a more in tune approach to food is, you can learn a ton from my 4-year old stepdaughter.

A 4-year olds Perspective on Eating

Let me tell you the background. Last Monday, when my husband and I flew to Berlin to see his daughter, we brought tons of candy with us that she had wished for. She literally told us she wanted thousands of bonbons and huge amounts of chocolate. Well, obviously, we didn’t buy thousands of them, but we also didn’t stint on it.

When she opened her gift, her eyes lit up, especially the chocolate bunny was “something I have always wanted”. It was a delight to see how excited she was and how unaffected she still was by the media, unachievable standards and competition between women. She was simply thrilled and couldn’t wait to open up the bags in order to start her candy feast.

She even sat down at the table in order to enjoy every single bite, which I found too cute. She went about it very methodically and ate one piece at a time, without any rush, any bad feelings, any guilt. From time to time, she’d marvel at the piece in her hand, discussing it’s taste or color and really taking it in with all of her senses.

She’d stop to play and run around every now and then and eventually came back for more. After a while, she had enough, packed everything in her backpack and went about other tasks like staging a sword fight with her dad, inventing stories and telling us about her exciting life.

The food was long out of her mind. It had fulfilled it’s need and now there were other things far more important. There were no voices inside her little head telling her she shouldn’t have eaten that. She didn’t berate herself or think she’d been bad again and needed to punish herself later or in the days to come. No, she had enjoyed her candy, had eaten to the point where she felt satisfied and moved on with her life.

The Freedom of Having the Right Mindset

What a freedom to have, isn’t it? And you know what the best part is? I can guarantee you that because she had had a larger snack than usual, dinner would not be as big as normal. She’d probably eat a bit because she was hungry again, but the earlier candy delight had probably left her quite full. She wouldn’t think that because she had already ruined her diet plans, she could go on a binge. And on the next day, she wouldn’t waste a thought about the calories of the day prior. She wouldn’t step on the scale worried if she had gained a few grams. She wouldn’t lie wide awake at night thinking about her next diet. No, she’d just live her life as happy as always.

Her natural and flawless relationship with food hit home on that day because that is exactly the state I long for. I want to be her. I want to go back to that place of giving my body what it needs, my mind what it wants and not regretting it. I want to eat mindfully, going back to where I was as a little girl: happy, healthy, unaffected and free.

Embracing Food as a Delicious Part of Life

Laylah has given me a great example of what it can look like to be in tune with your body, mind and soul and to enjoy food as part of our incredible life without giving it too much power over us. I do believe it is possible to go back to that state if you really want to. I will be working on aligning my values in the weeks and months to come and I am sure I’ll do a lot of soul-searching. Now, that I have finally reached a healthy weight for the very first time in my life, do I really still want to believe that food and weight are so very, very important or do I want to live fully?

Of course, living fully includes regular workouts (which I love) and a healthy diet (which I am growing more and more fond of). But it also incorporates letting go of the dieting obsession and enjoying the deliciousness of chocolate, ice-cream, pie or whatever it is that you simply love. Having a balanced diet means not labeling any food as bad and eliminating these horrible and obsessive thoughts of counting calories or worrying about the number on your scale.

Balanced eating means being free from influences that have nothing to do with reality and finding your own worth inside.

I can only hope and dream that our efforts of showing Laylah how beautiful and how perfect she is, will prevent the media and our weight-obsessed culture from ruining her amazing and balanced relationship with food and her body.

What about you? Where are you on your journey towards a healthier mindset?