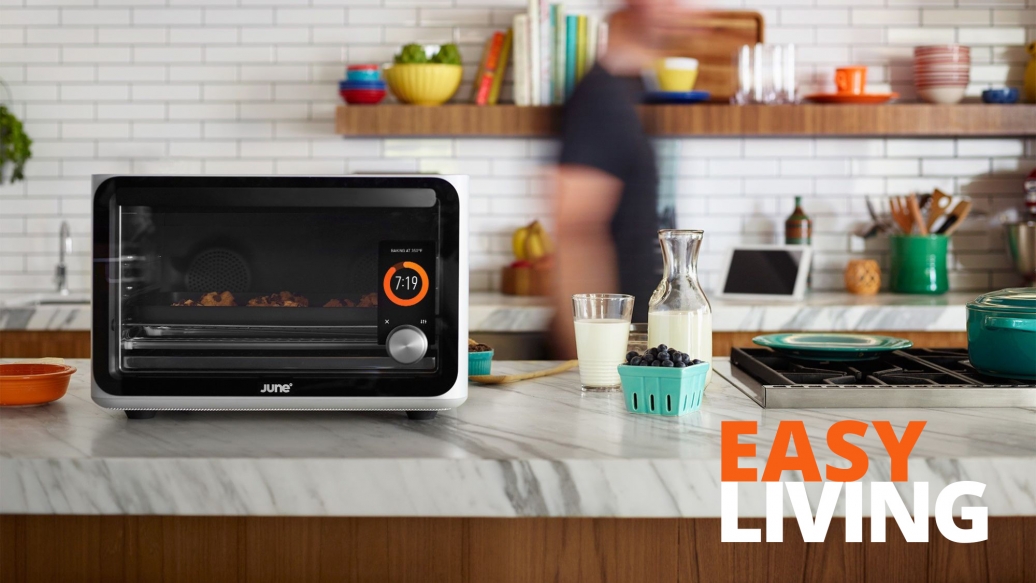 Summer’s finally here, and it’s time to start stocking up on the tech that’ll help you make the most out of the season. Summer is the time to deepen relationships, pursue once-in-a-lifetime experiences, get to those projects around the house you’ve been putting off all year and tackle that ‘to-read’ pile. While the sun is shining, remember to use the technology that you have to enrich your experiences, not as a stand in for the experiences themselves.

This wireless keyboard doesn’t represent a massive technological leap forward, but the wireless keyboard does seem to be something that technology consumers still need to be reminded about from time to time. More and more people are linking their home computers to their televisions, but too many of them are using their television or device remotes when they are searching for something on the internet or in their data files. The Logitech K400 Plus gives you the full-sized keyboard, plus a surprisingly responsive trackpad. Add a few media shortcuts and an attractive design, and you’ve got a must-have for those who have recently merged their computing and couch surfing.

The June Oven won’t be shipping until next spring, but it might be wise to start thinking about a pre-order. From the looks of the device, it’s going to be nothing short of revolutionary in terms of what it allows you to do in the kitchen. Most interesting to tech fans is the HD camera in the device, which streams video to your device, allowing you to keep an eye on your dinner or desserts from wherever you are. This is only the tip of the iceberg: the device has access to more recipes than you can count (you can also input your own), it sends notifications to your devices, and it can even sense what it’s cooking and make suggestions based on the advice of some of the world’s best chefs. An intelligent cooking caddy for your kitchen.

If you’re thinking about spending any time away from home for extended periods this summer, a security system provides the kind of peace of mind that many of us need to truly kick back and relax. BuddyGuard, a Berlin-based security tech company, is just at the tail end of their Kickstarter campaign, and they’ve exceeded their fundraising goals, so we should see the Flare available to order soon. Featuring motion and temperature sensors and a 1080p camera, Flare can be as unobtrusive as you want it to be. It looks a lot like a smoke detector, so the most logical place for it is on the ceiling, and mounting takes about as long as it probably takes you to put on a pair of socks. It can recognise the difference between your face and that of a stranger, and, best of all, it’s voice activated, so, as you leave for your summer vacation, you can tell it you’re leaving and for how long. It’ll stay active for the duration of your trip.

This little camera can do everything. No matter where your summer adventures take you, the Lumix DMC – FT5 can come along, and you can be guaranteed that, unless you’re the forgetful type, it’ll come back no worse for wear. It’ll allow you to shoot pictures or 1920 x 1080 50p HD video at a depth of up to 13 metres. It’s got a pressure resistant housing that’ll take whatever you can throw at it. It’s even dustproof, so it’ll hold up at the beach or even the dustiest festival. Perfect for the adventurous shutterbug.

My to-watch list has a way of growing exponentially during the summer months. My plans to catch up on this show or that one always seem to fall by the wayside (the summer months mean less time spent in front of the tube, and that’s hardly a bad thing). Still, I need to keep my shows somewhere until things settle down in the fall, and my computer just doesn’t have the necessary space. Enter the Linkstation 420. Available in two, four, and eight TB versions, the sleek device is able to store as much as you can throw at it, and, best of all, it makes all of your files accessible through the cloud, so if you do get a spare moment to catch up on something, you can do so wherever you are.