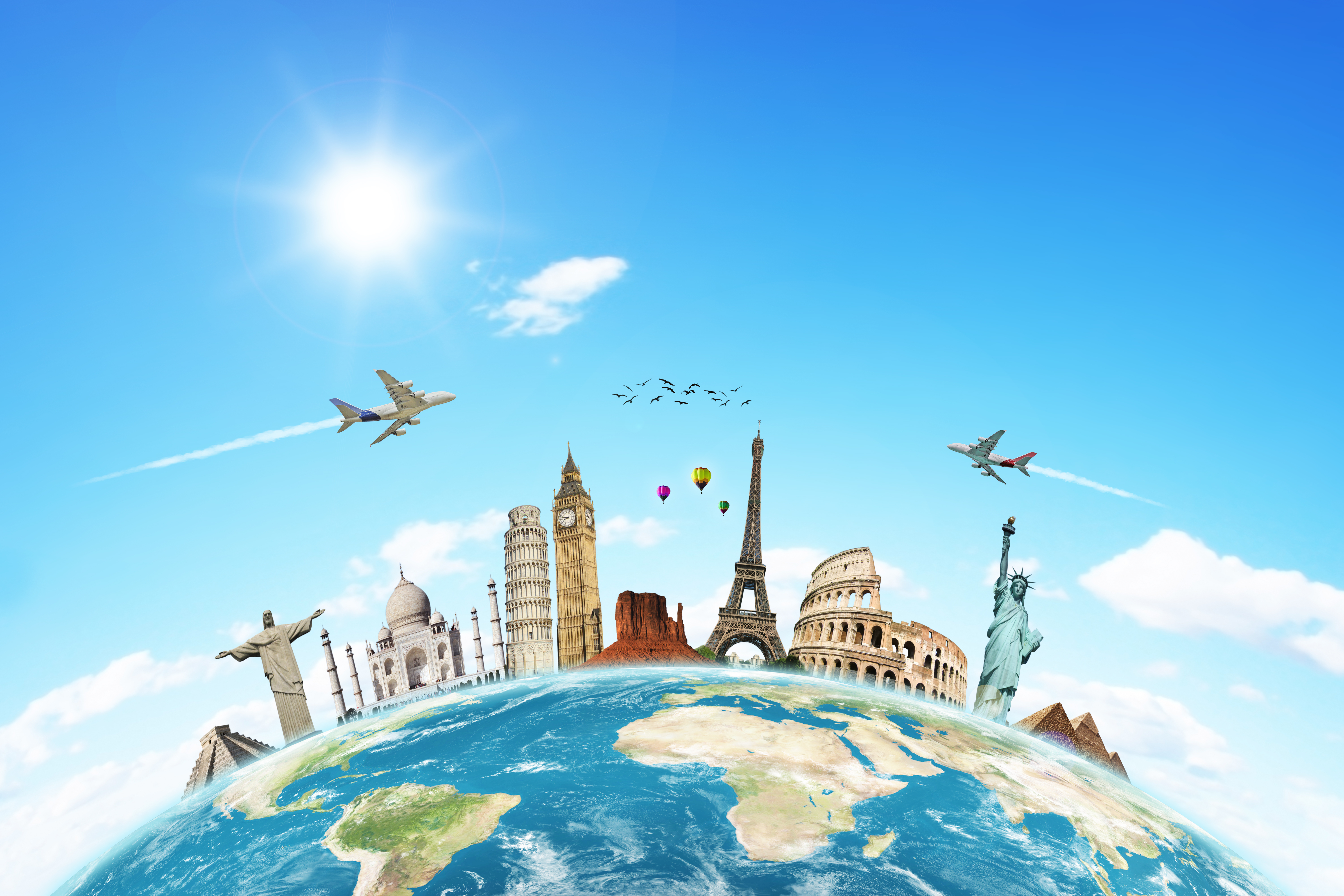 I am passionate about traveling the world.  I also believe that in order to accomplish anything that you must be very intentional about it.  You have to name it to claim it.  Therefore, I have created a list of ten absolutely incredible places that I want to be sure to visit before I die.  These are what I consider the all-time, greatest places to go and things to see.  I haven’t ever been to any of these so I have plenty of traveling to do in the next 40 years.  What is on your dream travel list?

1.  Great Barrier Reef, Australia – I am absolutely obsessed with the beauty and wonder of the underwater world.  ESPN says, “It could very well be the ultimate diving experience.”  It is the largest coral reef in the world with a total length of over 1,250 miles.  The diversity of marine life is incredible.  According to Wikipedia, there are over 30 species of whales, dolphins and porpoises alone.  In addition, there are over 1500 different kinds of fish.  I would love to spend several days snorkeling and diving around the reef to see it all!

2.  Queenstown, New Zealand – New Zealand is the place for outdoor adventure sports and Queenstown sounds like the ultimate base camp.  This is an adrenaline junkie’s paradise!  You can go bungee jumping, white water rafting, and skydiving all in one day.  There are helicopter rides, jet boats, and hang gliders.  In the winter, skiing and snowboarding are popular.  The combination of the outdoor beauty and extreme sports makes New Zealand very appealing to me.  Of course, New Zealand is a long ways from the States so it will take some planning to get there, but it will be well worth it.

3.  Machu Picchu, Peru – Machu Picchu is a previously lost Incan city high in the Andes Mountains.  It is believed that the city was built around 1450.  It was rediscovered in 1911 by Hiram Bingham who was a historian at Yale.  Its architecture is an incredible testament to the sophistication of the Incan Empire.  It is nestled between two mountains and offers some breathtaking panoramic views.  I know one person that has visited the city and they say that is a place that you do not want to miss.  It is often referred to as one of the seven wonders of the world.

4.  Northern Lights, Alaska – I’m not sure that the northern lights or Aurora Borealis can officially be called a place, but this is my list and I’m including it.  I would love to see this phenomenon with my own eyes some day.  I don’t really understand the scientific explanation for the lights, but they look incredible in the pictures that I’ve seen.  I think it would be amazing to witness their green glow in the sky.  It will take a visit to Fairbanks, Alaska between December and March to get a glimpse of the lights, but it definitely seems worth it!

5.  Great Wall, China – The Great Wall in China is another one of the wonders of the world.  It is over 4000 miles long and was mostly built in the 5th century BC, but there are many sections of the wall that were built hundreds of years later.  It is estimated that 2 to 3 million Chinese died as part of building the wall.  I think that anything so big and that took so many lives is worth visiting.  It sounds very impressive.  Many myths have circulated stating that the Great Wall is visible from the moon, but this is not true.  The wall is only 30 feet wide at its maximum and tends to blend in with its surroundings.  It is big, but not that big!

6.  Amalfi Coast, Italy – Places like Atrani and Postiano on Italy’s Amalfi coast look fabulously beautiful!  I really can’t imagine a better romantic getaway.  Postiano is a picturesque fishing village where tourism rules.  It has been featured in films like “Under the Tuscan Sun”.  Atrani is home to a small commune.  I think a trip to this region would be relaxing and rejuvenating.  I imagine lazy afternoons sitting at a small, sidewalk cafe sipping wine and people watching.  This may be the destination my wife and I choose for our twentieth wedding anniversary that is coming up in a few years.

7.  Eiffel Tower, Paris – The Eiffel Tower is such an icon of Paris.  It is recognizable the world over.  It is the tallest structure in Paris and has been visited by over 200 million people since it was constructed in 1889.  It is 1,047 feet tall which is the equivalent of over three football fields.  The tower got its shape from engineering calculations that were done to be sure it could survive high wind forces.  The tower is home to two restaurants which is something I did now know until I researched this article.  Originally, it was planned that the tower would be dismantled twenty years after it was built.  Fortunately, its height made it a valuable communication platform for the French military and so the government left it standing.  I look forward to visiting the tower and one of the most romantic places in all the world!

9.  Zimbabwe, Africa – Zimbabwe is home to several national parks and game reserves in Africa.  In particular, I would like to visit Hwange and Victoria Falls National Parks.  Hwange is home to elephants, giraffes, hippos, ostriches, baboons, zebras, and lions to name a few.  At the rate we are going, I might not have that many years left to see these animals in their natural habitat.  I would also love to visit the Victoria Falls which is one of the largest falls in the world.  The falls are 200-400 feet wide and varies from about 260 to 360 feet tall.

10.  Bora Bora – Situated in the Pacific Ocean, Bora Bora is a French Polynesian island that looks spectacular.  I am especially intrigued with the villas that set out over the gorgeous, crystal clear water.  I want to be able to lounge on the deck while taking in all the breathtaking scenery.  I might even dose off for an afternoon nap in the hammock.  Of course, there are all kinds of cool nautical activities that one can engage in, but I’m not sure that I would ever venture too far from my villa.  It just looks too cool to leave!

I’d love to hear your list.  Please leave a comment and let me know a few places you would like to see.  Also, if you enjoyed this article, then be sure to give it a Stumble orDigg by clicking the links below.  Thanks!