What billionaires listen to in the morning that YOU can also use to manifest miracles in your life!

Home What billionaires listen to in the morning that YOU can also use to manifest miracles in your life! 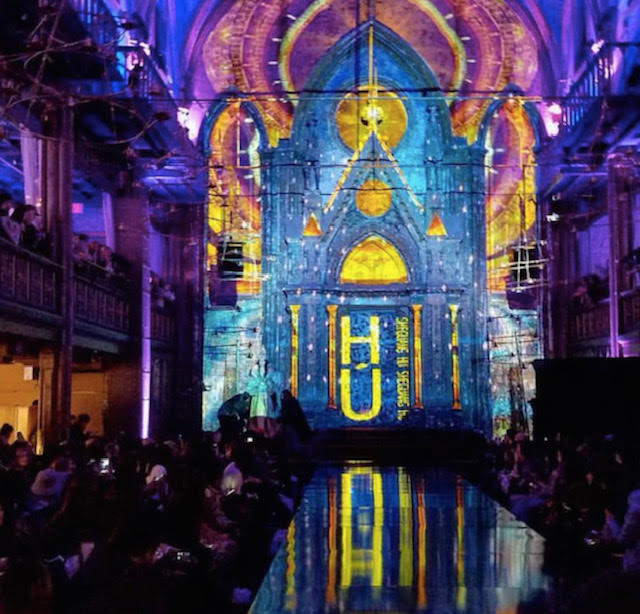 Everyone is looking for a way to improve their life during this topsy-turvy year that has been called 2020. Everyone is talking about pivoting, and re-branding, going to virtual and remote work, and many live events have had to be cancelled altogether.

Bernardo Moya of the Best You has flipped the entire script and started completely virtual events in Los Angeles in August, Dallas in October this year and there are three more upcoming virtual events in 2021. I have been fortunate to speak at two so far, and am thrilled to be speaking at the expos in 2021 as well. It’s so great to have a place to share knowledge and wisdom when it is really needed right now. My message has been about extreme gratitude for all we already have, falling in love with yourself, and becoming the VIP of your own life! That message has seemed to resonate deeply with people. For those of us who speak, when the message comes from the heart, the audience resonates with it, as you can feel the authenticity of the message.

But, I want to let you in on a secret. An ancient secret. Possibly as ancient as the universe itself.

When the lockdown happened in the United States, on March 13th, I was like everyone else. Unsure about where we were headed and I saw all the craziness. But, throughout the pandemic I had everything I needed. I never wanted for anything. I manifested 1000’s of extra dollars and I was in Christie Marie Sheldon’s unequivocal private course she calls Intuition 101, or which I call a life makeover. I never even checked on Netflix and I made a decision that my focus would be on staying in the highest energetic frequency I could and saw that this was an opportunity to either go into fear or lean into trusting and surrendering. My full time job went virtual, I drank too much Chardonnay, my space is still cluttered, but I made myself get up every morning at 6 am to meditate and focus on extreme gratitude and sing the HU. I had a subscription to MindValley All Access and I took as many quests as possible, and immersed myself in the community. Being introduced to the incomparable Marisa Peer’s work, I got on her mailing list which led me to the Best You! I had tickets for the live event in March that evaporated due to the shutdown and then I stayed laser focused when Bernardo Moya focused on reinventing himself and started building the Best You TV from scratch, Vishen Lakhiani expanded his “Buddha and Badass” model, Lisa Nichols’ hosted “I am the Change!” summits, Giovanni Marsico’s started his “Dreamer’s Circle”, Naveen Jain’s “Moonshots” of Boldness, Srikumar Rao’s illusion removing, Keith Ferrazzi’s “5 Packets of Generosity”, Marisa Peer’s “I am Enough” pep talks, Jim Kwik’s “Limitless” model and many more maverick world thought leaders pivoted to virtual group Zoom calls while they too were on lockdown! A Renaissance and a Golden Age of opportunity! This feels like we’re living through an Enlightenment!

I thanked my lucky stars for the opportunity to soak up all this amazing knowledge from the best of the best in the privacy of my own living room! The things we can do virtually now were unimaginable even in 2019 but It was the generosity of sharing that blew my mind. All these amazing minds that just wanted to share and serve their fellow man. Not promoting. Not selling. Service. Keith Ferrazzi says that is where true leadership in business is going, to a service mindset.

Well, everything in the universe can be reduced to light and sound. HU, or Hyuuuuuuuuuu is an ancient non-denominational word that connects your soul to source energy, whatever you call it for yourself. It is a direct way to connect to your higher self, your quantum self. In ancient Egypt, there was a god named HU, which was the God of divine utterance, or the ruler of the spoken word. The ancient Sufis sing HU as a way to connect to Source energy and they are famous for going into trances as the whirling dervishes. The ancient Hawaiians have a beautiful Hi’u-wai ceremony as a blessing where they connect with their ancestors and it is still practiced in modern day Hawaii. The Arabic language has Allah “Hu”as a spoken prayer. It is even said to be the origin of the word Yahweh, when the name of Source was so sacred, that it had to be whispered, so the Yah is a breath in and the Weh is the HU whispered outwards. The HU Song is also sung in modern times in Eckankar, MSIA, and other groups for up to twenty minutes a day in repetition.

When I attended USM, our entire group of 276 spiritual psychology majors  plus the staff held hands and sang the HU three times before we commenced any of our work. It opens up a portal for miracles and manifestations to step into your life unlike any other technique I have ever used. HU can also used in times of stress and danger. I have traveled extensively around the world and when I was in Morocco in the Casbah, my group and I got lost and separated and I sang the HU and within moments, was reunited with the group.

Vishen Lakhiani talks about your “Soulprint” , or that vision of yourself that wants to be birthed from you according to the Law of Resonance. I used to go to Agape in Los Angeles to see Reverend Michael Beckwith speak, and he focuses on this law and when you are in his presence he is completely aligned with whatever he is speaking about and his congruency radiates into the audience. When you are in the presence of truth, you can feel it in your body, like the chills you feel when a song has its way with you and the notes play your energy field in the most intimate and intricate ways.

Well, for some of you this might be too woo woo, or out there. Nikola Tesla  is one of my all time heroes and he said, “If you only knew the magnificence of the 3, 6 and the 9, then you would have a key to the universe. If you want to find the secrets of the universe, think in terms of energy, frequency and vibration.” This is connected to Pythagorus’ mathematical matrix use of 3, 6, and 9’s applied to the scale, which even became heretical in the past due to its healing capabilities. What he’s talking about are the six , some say nine , Solfeggio tones that resonate at difference Hertz levels that can be correlated to musical notes. The Solfeggio tones were used in over 150 Gregorian chants where monks would sing in unison to uplift their spirits. It is what makes up our do-re-mi-fa-so-la-ti-do musical scale. The Solfeggio tone of 528 Hertz, is the HU, the sound of creation, that is related to Earth’s Schumann resonance frequency , which is connected to the cosmos.

When you sing the HU, you resonate with the highest frequency of love and miracles. Try it out. Sit somewhere quietly, close your eyes, put your hands on your heart, focus on your third eye, in the middle of your forehead, and simply sing HU (hyuuuuu) as long as you’d like and see what kinds of synchronicities and miracles you manifest in your life. You may see a light, hear a sound, or have a beautiful dream. The fact that you are reading my words at this moment is the result of many converging synchronicities and “coincidences” where I chose to listen to what was being conveyed to me. You too, can open yourself up to the upgrade that life wants to gift you, if you so choose. When we release the illusion of control, and reach for the best version of ourselves, the universe continues to open up, and it’s our job to stay in childlike wonder. If you search YouTube for 528 HZ, HU, or Solfeggio tones, you will find a plethora of music to listen to with that frequency. Keep a HU journal, and pay attention.

What miracles are you inviting into your life? What new version of yourself are you percolating and bringing into 3D reality? As Marisa Peer says, “You are enough.” Take that and sprinkle magical dust on it and see where you become the version of yourself you always knew you could be, and when you become clear of who that is by the messages and synchronicities you reveal by singing the HU, take massive action and allow all that goodness to flow your way. Who knows? Maybe you’re the next billionaire listening to the HU or 528 hz in the morning yourself!

International Best You speaker going from side to the Main stage in 6 months based on fan feedback and 25 years of speaking engagements! Currently in Vishen Lakhiani’s exclusive MindValley Coaching, Best You magazine contributor, helping others manifest their dreams with her unique intuitive healing abilities. She uses her degree from the world famous University of Santa Monica and participated in their Cannes film festival winning documentary as a counselor to women serving life sentences in Chowchilla, California on “The Prison Project” , based on Viktor Frankl’s work. Luckily, being intuitive she completed over 60 MindValley quests from acclaimed mentors to help businesses and individuals to reanimate their dreams, fall in love with themselves, and become the VIP of their own lives!