The words doctor by Rachel Kelly 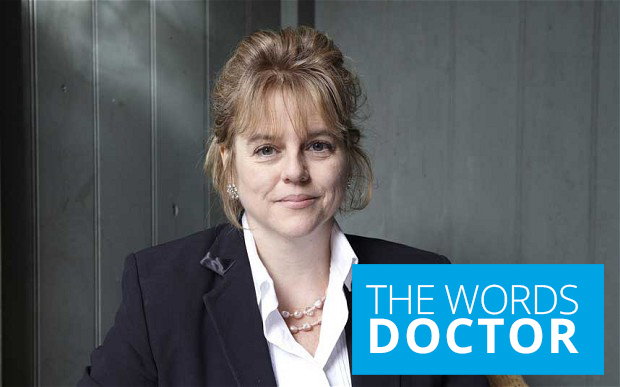 In the first of a new series, Rachel Kelly, aka the words doctor, shares a poem or piece of prose to help those finding life difficult. Passionate about the healing power of words, especially poetry, Rachel runs #thewordsdoctor workshops to help those suffering from anxiety and depression, with further support at thewordsdoctor.com

Before I share one of my favourite poems that I often prescribe to anyone feeling depressed, I feel I should explain why I’m such a believer in the power of poetry to help all manner of ills. After all, it may not be immediately obvious to many readers. For me, a great poem can instill hope when all else fails. The best verse can tell you a different, more positive story. Poetry can make you feel less alone, and fix you in the moment, relieving you of worry about the future and regret about the past. This was my experience through two major breakdowns and a long-standing battle with the Black Dog. Unlikely as it might sound, the healing power of consoling poems and prose was at the heart of my recovery from the breakdowns, or ‘depressive episodes’, as psychiatrists call them.

Poetry provided me with mantras to hold onto during the most acute stage of my illness. One of my favourite lines was from Corinthians in the Bible. ‘My strength is made perfect in weakness’. I took it to mean that something positive would come out of my suffering: I would emerge stronger. Poems continue to act as consoling friends in the dark hours of the night, and provide me with the inspiration and fortitude to keep going on difficult days, especially when my other strategies fail. What I’ve found is that exercise, mindfulness, breathing, diet and drugs on occasion all can help. But literature is free and has no side-effects. I’m not the first to derive comfort from poetry. Apollo was the god of poetry as well of medicine. In 1751, Benjamin Franklin founded the first American hospital, the Pennsylvania Hospital, where reading and creative writing were among the treatments prescribed for mental illness. Freud, Adler, Jung and others recognised the healing power of words, and this led to the 1969 founding of the Association of Poetry Therapy. Nowadays, therapists are increasingly sensitive to the healing potential of words. There’s even some scientific evidence that poetry changes the way that we think. The arrangement of poetry, even the clearest, has different conventions to continuous prose.

This presents enough of a challenge to get our brains working differently. Research by Philip Davis and the neuroscience department of Liverpool University discovered that readers of Shakespeare, when they came across an unusual but totally comprehensible grammatical construction, would show a spike in neural activity. Even though readers understood what was being said, their brains were shocked into activity. The requirement to concentrate in the moment helped me stop regretting the past and fearing the future in the negative mental spiral characteristic of depression. In this way, poetry can work in a similar way to mindfulness, forcing us into the present. Robert Frost, demonstrating my point perfectly, put it far better when he said a poem can be a ‘momentary stay against confusion’. I hope W.E. Henley’s classic, Invictus, will be just that. The title means ‘unconquerable’ in Latin. It is a poem that breathes defiance and courage in the face of setbacks, represented by the personified figures of ‘chance’ and ‘circumstance’.

It has been one of many texts that have helped me to make sense of my depression. The son of a Gloucester bookseller, W. E. Henley was supposedly inspired to write this poem after his foot was amputated, having suffered tubercular arthritis from early childhood. In 1837, he spent a year in hospital in Edinburgh, where he met Robert Louis Stevenson: the novelist claimed that Henley was the model for Long John Silver in Treasure Island. Invictus has proved to be famously inspirational, having been read by Nelson Mandela while he was a prisoner on Robben Island. Henley felt the writing of the poem was part of ‘seeing off my illness’. No matter what difficulties the speaker comes up against, the poem is full of a sense of determination and unstoppable progress – achieved through the short vowel sounds and the conclusion of each line on a strong, stressed syllable. In this way, misfortune is not dwelt upon and control is asserted. The final lines can be used as a mantra to remind us that we have the power to shape our own lives.

I hope this – my first poetry prescription – helps you in your darkest hour just as it has helped me.

Out of the night that covers me, Black as the pit from pole to pole, I thank whatever gods may be For my unconquerable soul. In the fell clutch of circumstance I have not winced nor cried aloud. Under the bludgeonings of chance My head is bloody, but unbowed. Beyond this place of wrath and tears Looms but the Horror of the shade, And yet the menace of the years Finds, and shall find me, unafraid. It matters not how strait the gate, How charged with punishments the scroll, I am the master of my fate: I am the captain of my soul.

Rachel Kelly’s memoir, Black Rainbow: how words healed me – my journey through depression, is  published in paperback by Hodder & Stoughton MORE ICON: Watch Rachel Kelly’s video about the healing power of words at https://www.youtube.com/watch?v=VzogP4gZdiU