What Successful People Do That’s Different by Stefanie Hartman

Home What Successful People Do That’s Different by Stefanie Hartman 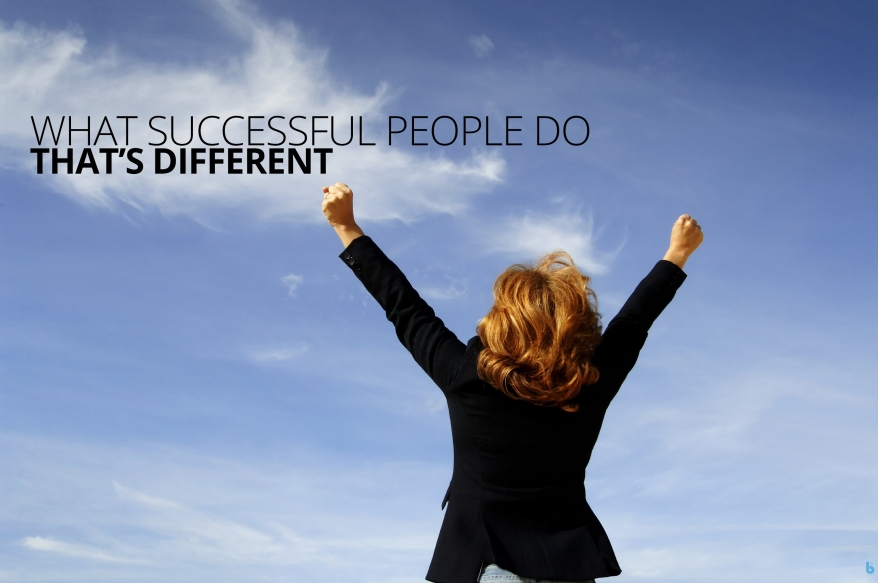 Stefanie Hartman looks back at an experience that changed the way she viewed success. Perhaps her anecdote can teach you something new.

When I was working my way through university in the summers, I had a job at a totally rustic resort that was only accessible by seaplane – it was that remote! This place catered to high-powered American executives that paid quite a lot to stay in the lodge, fish, and just get away from it all.

I was the only waitress working there, and I got to spend a lot of time sitting on the dock just chatting with these guys. They were CEOs and top executives of some big companies – these guys owned tons of stock and they were very wealthy. I was a bit intimidated by them because of that at first, but the experiences that I had as I spent time with these people through my summer job showed me that all these guys who were incredibly successful were really just like me – regular human beings.

I mention this because it really served me later on when I got into the business I am in now and started working with these big name gurus – the people on the talk shows, bestselling authors, etc.

I know that a lot of my students kind of feel they are somehow separated from that – that they’re very different or somehow not on that level, which is just not the reality of it. Successful people feel exactly the same way we do. When they do succeed, they feel happy about it, and failure feels just as bad to them as it does to us.

The main difference that I have noticed in successful people is that while they are affected by negatives, they tend not to focus on them. It’s not that they have all these esoteric success strategies that no one else has access to.

Successful people also tend to surround themselves with a team of people that remind them consistently about all the good stuff that they are doing. They get the emotional support from this that is so essential to moving on and keep from getting trapped in doubt and fear.

It’s the biggest thing I’ve noticed among some of my students – they can actually stop themselves or get stuck because of these types of fears.

This is what keeps people from moving forward – it’s not that you are somehow ‘less than’ these successful people, it’s just that you may be allowing these types of stupid conversations to happen in your brain and coming to a standstill because of it!

So today, even if you don’t have a bunch of hired company executives to offer you encouragement, allow yourself to get a boost from your friends, your business colleagues, your own passion for your product or service.

The philosophy comes down to this: Do it and don’t doubt it. Success strategies come and go, but if you’ve got that one down, you’re already miles ahead of the rest!

It is no wonder she is a highly sought after Marketing Consultant in the industry as she contributed to the increased revenue of $4.3 million dollars in just 24 months for 1 of her clients. If you can get on her client list or be mentored by her, you should jump at the chance as one entrepreneur that she has worked with has sold more than a million dollars worth of on-going training from his seminars in a single weekend, a strategy and duplicable system that she loves to teach entrepreneurs. Stefanie's specialty is customizing and creating marketing strategies that are simple for her client to use but rapidly increases their profits and sales results. She teaches her clients "why" she recommends specific strategies so they can build their own 'marketing eyes'. She is very warm, extremely humble, laughs often and cares about her client's well-being and success. Working with her, you will have fun and make money - it's that simple. TV / Media Experience In addition to her Marketing and Business background, Stefanie worked in Television both in front (Actress & TV Personality/Host) and behind the camera (Producer/Writer/Production Coordinator). As a result has also coached clients how to achieve their marketing goals with the media. She has successfully negotiated TV & radio show interviews for clients including a BBC documentary, helped produced corporate videos for Fortune 500 companies and wrote and developed speaking videos. Stefanie created, hosted and produced an international Television Series, Aqua Planet™, a travel adventure scuba diving series and was the youngest Senior Production Executive within the company. Stefanie sold the series to multiple markets and countries such as the Sky Network in the UK, Canal Television in Quebec, and The Outdoor Channel in the USA. Using her sales experience, Stefanie successfully negotiated the commercial funding and sponsorship needs for the production company. Stefanie sold, developed and produced many of the television commercials for her clients. Stefanie is an expert at creating profitable products and services from scratch. She did this in the television industry and is proving it now with Entrepreneurs she works with.
http://www.stefaniehartman.com/