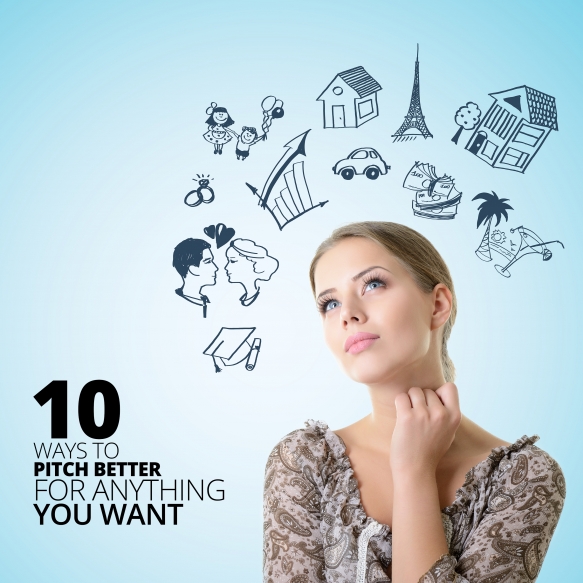 Pitching is becoming increasingly important in almost everyone’s working life, says Paul Boross, aka The Pitch Doctor, whether it’s pitching to new clients, for investment or a new job. In theory, pitching is one of the easiest activities in business, yet it is often the most vital as well. One mistake can make all the difference between success and failure.

While business people pitch in a huge variety of situations, what is always constant is the element of human interaction. Regardless of the product, the level of investment, or the importance of the client, the same basic principles are the keys to success. I’ve put together ten of my own tips for you to help you enjoy more success in pitching:

Being nervous is a good sign. It means that you’re connected with what’s really going on, and it’s certainly better than arrogance. Don’t worry about breathing exercises or icebreakers, as the most likely cause of anxiety isn’t what’s happening but what you’re imagining – or fearing – will happen. Change that mental image to something neutral: an audience interested in what you have to say, willing to listen, and able make a fair decision.

2. FOCUS ON THE RIGHT GOAL.
Ask your colleagues what their pitching goals are and they might say, “To win the deal.” This is a completely unrealistic goal, because you can’t control the client’s decision, and you can’t control your competitors. Instead, refocus on a goal that is totally under your control, such as “Get my message across and check that the audience understands it.”

3. SHIFT THE BALANCE.
Human interactions have a balance of power – or at least we often think that they do. We might put an important client on a pedestal, and a junior buyer we might view as less important, but take away the situations and uniforms and you’ll see that we’re all equal. A pitch isn’t an opportunity to impress someone important; it’s an opportunity to form a balanced, equal, and fair business relationship.

4. WHEN DOES THE PITCH BEGIN?
Your pitch doesn’t begin when you think it does; it begins the moment that the audience first commits to hearing your pitch, because that is the point at which they begin to form their opinions of you. The
way that you write your invitation, the way that you walk into the room, and what you say as you’re getting ready sets the stage for the pitch itself.

5. UNDERSTAND WHY YOU’RE THERE
Many pitchers, especially nervous ones, think that they are pitching to convince the audience, to persuade them. In fact, the audience has already made a decision about you, and the result is that you are standing in front of them. Therefore, you are not there to convince them of anything; you are there to fill in the gaps and reassure them that the decision they have already made was a good one.

6. STOP SELLING
Make your pitch and then shut up. So many people repeat themselves or continue selling, becoming more and more desperate and making the audience more and more resistant. The silence is not yours to fill, so keep quiet and let the customer think over what you have presented to them.

7. RESEARCH
To a professional audience, nothing is more frustrating than someone who hasn’t done their homework. The Internet is overflowing with information about companies and individuals, and to even spend ten minutes researching your audience’s business, competitors, history, and goals is an investment that will tell your audience that you’re interested in them and you have tailored your pitch to their needs.

8. FOLLOW UP
The pitch begins long before you stand up, and it ends long after you have left the room. A well-delivered pitch will continue to echo in the customer’s ears long after they’ve left the meeting. A follow up letter is an absolute must. Keep it short, one page maximum, and use it to reiterate the main messages of your pitch. Sign off by clearly and concisely asking for what you want.

9. AVOID BENEFITS
Oddly, when you speak about benefits rather than features, you break rapport. Clearly convey specific, key features and ask your audience what the benefits are for them. Features are objective, benefits are subjective, so make the most of that distinction.