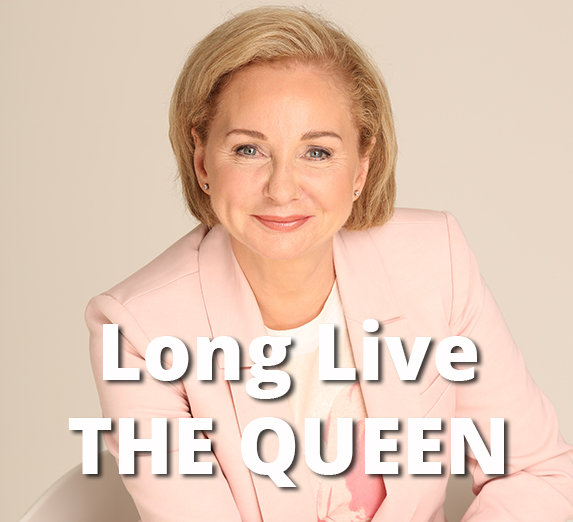 Want to be a successful life coach? Experience and results are key, says ‘queen bee of coaching’ Fiona Harrold

“Life coaching is saturated to bursting point, and the market is over,” opens Fiona Harrold, as we sit down to talk about her own incredible career which has mentored and created wealth for hundreds of clients. “Of course, as with everything that Harrold touches, there is an upside.”

The only people who will survive are people with expertise and who can offer quantifiable results.”

Harrold experienced the market shift herself in late 2008, when the credit crunch bit into the personal development industry. “Up until that point I’d had daily enquiries for life coaching and overnight that stopped,” she says.

“I even checked to see that the website was working, it was so sudden. People got scared and so I decided to take a break for several years. When I came back in spring 2011, the world was a different place and people were far more aware of how they spent their money.

“I saw that I could not sell the same product I once had. I was a life coach, selling personal fulfillment dreams, but people wanted me to solve their problems and so I changed how I positioned myself. Lots of people think they can sell general life coaching, but they need to get clear on their expertise and credibility because unless they do, they will be invisible.”

It’s a profound statement for the personal development sector, but one Harrold is well-positioned to make, given her reign at the top of the industry for almost 30 years.

It’s a far cry from her childhood growing up in Northern Ireland, a Catholic at a time when, as Harrold says, “Catholics were treated as second-class citizens”. She describes her father as her first coach, a man well-read and who attended Dale Carnegie seminars in Belfast.

Moving to London as a young woman, Harrold became an activist protesting at Greenham until she felt the negativity of the movement was making her unwell, and she turned to therapy, discovering the personal development industry along the way.

Subsequently setting up a massage school, she began ‘self-esteem coaching’ and when media interest followed, Harrold became a ‘star’, called upon and consulted by politicians and big business, while coaching a broader audience with her columns in national press.

When asked to write a book in six months, Harrold dug deep into her self-belief once more and delivered – it was the last milestone in establishing herself as an indomitable force in the personal development industry, and her place at the top has never faltered.

Today she helps a diverse range of clients, people looking to regain focus and confidence, and to overcome self-limiting beliefs that keep them from achieving their goals.

“I solve the problem of invisibility,” says Harrold.“I show people how to stand out and help to get them into the media.”

While social media has a role to play, Harrold says traditional press is the key to achieving profile. The trick? “Solve a problem that’s a pressing concern for a journalist’s readers,” she says. “Media professionals are not interested in flag waving. Be canny, study the newspaper or magazine that you want to appear in and see what problem comes up time and again.

Come up with your solution.

“I had a client who is a relationship counsellor and wanted to reach the Daily Mail. When an article came up revealing that the UK has the highest divorce rates in Europe, with couples spending less than half an hour of quality time with each other, we came up with the concept of a marriage ‘away day’ which can set partners up for the next six months. We worked out which journalist would be interested and approached them to try it for themselves. The result was coverage and massive exposure for the client.”

It’s the perfect example of Harrold’s approach which combines expertise, knowledge and quantifiable results. “I see people who will do a course and then leave their precious experience on the table. They want to leave their heritage behind but clients will be interested in your credibility and how you can help them with their transition. The challenge is to position yourself and decide which problems you want to solve – you’ve got to bring something different to the story.”

Fiona Harrold will speak at The Best You’s Turning Pro seminar on 3-4 September – find out more at thebestyouseminars.co/event/turning-pro-6-stages

Fiona Harrold is the pioneer of coaching in Europe. Known as the ‘Queen Bee of Coaching’, she has brought coaching to the general public through television and radio appearances and columns in magazines and newspapers. She works with individuals and businesses to become the stars in their field, ensuring they have no competition through helping them cre-ate a media profile. The Times call her ‘one of the new gurus to get inside our minds.’ Her books include the best-selling, Be Your Own Life Coach, The 10-Minute Life Coach, The 7 Rules of Success, Reinvent Yourself and Inde-structible Self-Belief. She travels throughout Europe and the US working with businesses and entrepreneurs to catapult their profits through becoming a media star.
http://www.fionaharrold.com/