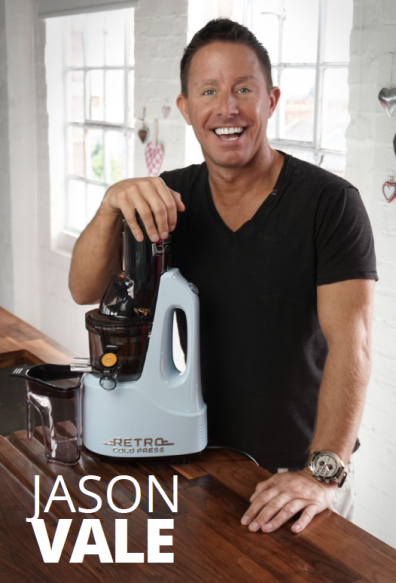 For the first time in the history of the ‘Best You’ events and as part of one of his ONLY seminars of 2016, Jason Vale will be bringing you his exclusive and most up-to-date talk yet; the ‘Super Juiced’ Seminar.

Jason is the best-selling author of twelve books on health, addiction and juicing.

His books have now sold over 3 million copies and have been translated into many languages.

Jason has also released a series of health and addiction apps for Android and iOS. Each of these have reached No.1 in their respective categories, beating Jamie Oliver, Nigella Lawson, Deliciously Ella and Gordon Ramsey in ‘Highest Grossing’ in the extremely competitive ‘Food & Drink’ category. Over half a million ‘Jason Vale’ apps have now been sold, inclusive of his brand new and first ever food app– ‘Super Fast Food’.

Jason’s most well known book– ‘7lbs In 7 days: The Juice Master Diet’ – also went to number one of all books on Amazon and on Play.com. It even knocked the Da Vinci Code from the top spot!

“The Jamie Oliver of juicing.”

Jason wasn’t always slim and healthy; he used to suffer from severe psoriasis, eczema, asthma, hay fever and obesity. He used to smoke 2 – 3 packets of cigarettes a day and drank very heavily, drinking up to 14 pints of lager a day.

He has used juicing as the main tool to clear his skin, drop the weight and free himself of illness. He is now on a mission to ‘Juice The World’ and help people to turn their health around using natural means where possible.

“When it comes to juicing for health and well-being there’s only one man for the job, the undisputed king of juicing Jason Vale! He will literally change your life!”

For over 15 years, Jason has pioneered the world of juicing in the UK and his most recent feat includes his groundbreaking documentary Super Juice Me!

The film has received 5* reviews and thousands of people viewed the film in its first week of release– with over 1 million views to date.

Off the back of this incredible documentary, thousands of people have now completed Jason’s Super Juice Me! 28-Day Juice Challenge derived from the documentary and have taken control of their own health; with the challenge acting as the perfect platform to an enhanced healthy lifestyle.