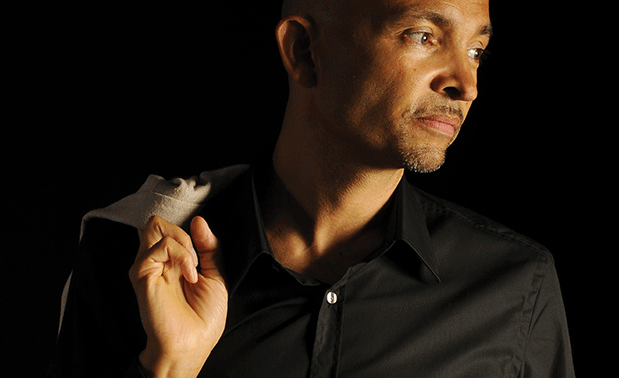 Dr Rohan Weerasinghe, author of Turning Points, reveals how he learned to take financial control in his life – by doing the things that made him feel most alive. He tells The Best You there’s a system to it we all can learn.

When in the 1980s 18-year-old Rohan Weerasinghe’s students friends were out partying, Rohan was reading about personal development.

For Rohan, responsibility came early. His father died when he was just 13. At the funeral his family members told him, “You’re head of the household, now. It’s down to you.”

From being a fairly happy-go-lucky boy with a love of sport, he began to really “get his head down” and work. At the time, he saw success in simple terms.

“My mum worked so hard I think I adopted a model of, okay, success is basically just work. I saw my mum working two jobs a day to support the family. So my ethos was very much head down, work as hard as you can. Nobody taught me about working smart, it was just work hard.”

After his A Levels, Rohan was directed by careers advisers to study engineering. It wasn’t what he wanted to do, but his careers teachers weren’t interested in finding out about his passions. So, Rohan decided to study civil engineering, since it would give him a chance to see the world.

He strayed a little at university, until an older friend gave him a “kick up the bum” and encouraged him to work harder, saying:

“There aren’t a lot of people with an Asian background in your profession and you’ve got to stand out.”

He got a 2:1 and then went on to be mentored by the world’s number 1 specialist for his PhD. “He launched me through a great PhD into a career where I worked as a consultant in a civil engineering company for about five years.

It seems an ordinary story, yet there was still another interest in his life. “All the way through my degree and PhD I was going into libraries and reading personal development books,” he recalls. “By the time I hit my career with a PhD in my hand my lunch breaks were spent, literally every break, either listening to audio tapes or reading. We didn’t have magazines like The Best You in those days, so you had to go around and scramble for something.”

The personal development seminars he attended away from work had an impact. In his early thirties he decided to go self employed and run his own consultancy while at the same time being asked by universities to give talks to engineering students. Seeing that the few of them had any life skills, he opted to give them personal development training.

“I think there needs to be as part of the curriculum an element of personal development, personal evolution, personal growth, whatever you want to call it,” he says with conviction, pointing out that the average teacher doesn’t know how to teach personal skills like communication, reading people, understanding beliefs and values, or how to articulate and follow a purpose and to set goals.

Rohan then augmented his skills by attending a seminar on making money from property, after which he went on to buy 40 properties with the techniques he had learned at the training. Suddenly he had financial freedom and was no longer trading money for time. Unlike his early days, he had learned to work smarter, not harder.

This gave him the time to do more of what he wanted. Realising giving trainings made him feel most alive, he started to speak about what he’d done. And the interesting thing was that his combined skills of teaching about property and teaching delegates how to change their ideas about themselves were a powerful combination – helping people address their beliefs about money and themselves, as well as showing them how to become wealthy.

From these trainings, his book Turning Point was born. So, why the title? “People who have had financial difficulties, who have been made redundant; anything that happens to somebody results in a turning point,” Rohan explains. “You meet somebody five years later and they say, ‘Ah, that was my turning point’. I wrote the book because I don’t believe people should wait for turning points to occur to them; I think we have the control to create our own turning points.”

Rohan has developed a system that has helped thousands of people. Now it is available in his book. So, what’s in it?

“I initially talk about the blocks that hold us back; there’s a repetitive set of patterns, and then a really practical set of tools. It has six steps, all the way through to dealing with your purpose, which is the very end part of the process. So the book is about really taking control and not allowing things to happen to you. Some people say, ‘Well, can it be that formulaic?’ and actually it can be. We go all the way through from beliefs right through to changing your environment, your language patterns, a whole series of different things. It’s a very powerful process.”

It’s been quite a journey for Rohan, with one major message throughout. As he puts it: “Re-educate, re-educate, re-educate.” What you learn at school or university may not be enough. Be ready to take new skills on board – some of which will give you freedoms you never imagined. It’s spreading this word that now motivates him to train others and drove him to write his book.

To find out more about Turning point, go to: http://www.rohanlive.com/books-and-products/books/turningpoint-book

It wasn't always this way for Dr Ro, and as a young boy he watched his father suffer multiple strokes, become paralysed in one side and blind, whilst his mother worked two jobs to feed both him and his two brothers. "Losing my father at the age of 13 was a major Turning Points in my life " says Dr Ro. He is quick to point out that this was one of many that include divorce, walking away from a career with a PhD, failure and success in business and seeing his mum experience cancer. However, what draws so many people to watch Dr Ro speak again and again is his passionate belief that we all have the ability to turn any situation around on a personal and business level. In 2002 together with a business associate, Dr Ro started to develop a property portfolio that grew rapidly. Very soon Rohan was being asked to teach and inspire audiences on the subject of Wealth Creation which he still does around the world. In 2011, Dr Ro, published an Amazon Best Selling book, Turning Point,which he has also developed into a 3-day intensive program. The process and tools Dr Ro shares help to provide rapid and lasting change for anyone prepared to apply them correctly. From money to health, from business to relationships - anybody exposed to Dr Ro's passionate delivery, live coaching sessions and practical tools experience deep personal life changes. Having touched ten of thousands of lives, Dr Ro is now recognised as one of Europe's most inspiring speakers. He is called upon by companies, seminar organisers, sales organisations, training companies, charities, colleges and universities to deliver his powerful impactful message. Having created an entire live and online education program, built successful businesses and experience business failure, Rohan has developed many powerful tools and learning lessons for his audiences. Today Rohan is called upon by companies, seminar organisers, sales organisations, training companies, charities, colleges and universities to deliver powerful and moving presentations. His primary message has three elements: The importance of aligning with our true Purpose Understanding and re-aligning the core values that define who we are Developing a deeper, universal connection in order that we tap into unlimited resources that will allow us to achieve our purpose and to be able to give beyond ourselves His journey continues as he expands both his brand and his message globally.
http://www.drro.tv/