How to beat depression

Home How to beat depression 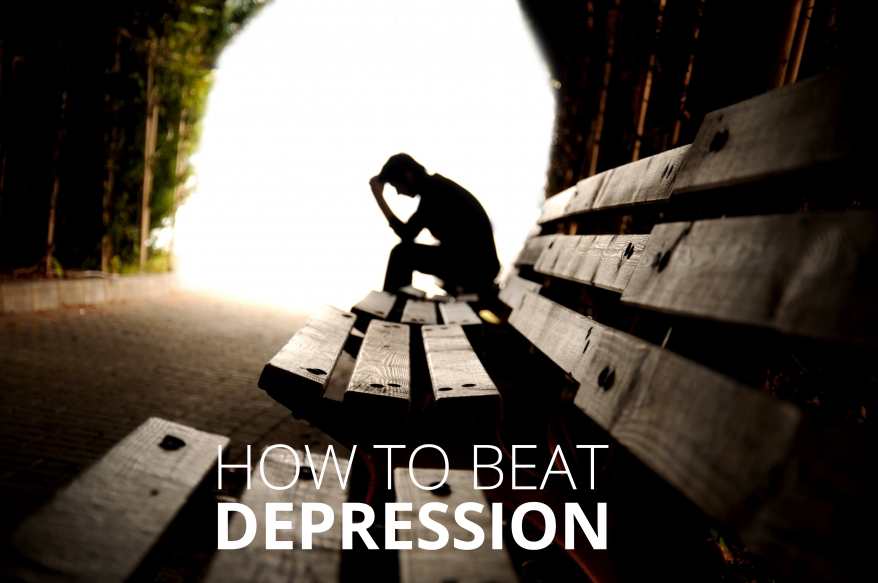 Former Times columnist and Sane ambassador Rachel Kelly has suffered two breakdowns and battled depression, and her strategies for tackling the ‘black dog’ come from the heart

At a time when stress, depression and mental health problems have become everyday, our tactics for dealing with each remain remarkably limited. Talk with your GP and the likelihood is that, after a simple assessment, you will be offered anti-depressants or six weeks of cognitive behavioral therapy. But the ‘medical model’ doesn’t always provide a neat solution.

Writer Rachel Kelly knows first hand that conventional  medicine has its limitations when it comes to healing the mind. An Oxford graduate, Kelly worked for The Times for more than a decade, but says she suffered huge anxiety from constantly trying to achieve perfection in all aspects of life. “Like many women I was constantly trying to be the perfect mum, worker, wife, daughter, daughter-in-law,” she says.

“My depression was largely anxiety-driven. Working in a busy newsroom is a hugely demanding job, you have to reinvent yourself every day. It’s like being on a hamster wheel where you constantly try to do more, but it never feels like it’s good enough. It was a bad fit for my temperament but ironically many people with anxiety are drawn to challenging  environments such as law, the City and media.”

For Kelly, life fell apart after the birth of her second child, George, when anxiety and depression took hold, and a second, much deeper attack several years later as a mother to five young children.

Having tried conventional medication, Kelly found huge solace in other areas such as poetry and nature. “I’m not original in my thinking,” Kelly says, “and if you look back at psychiatry over the past 20 years, there are many who have suggested that the creative arts can be helpful in treating depression.

“The ‘medical model’ has its limitations and the answer isn’t always in medication. There can be lots of side effects and, while the exact outcomes are much debated, 30 per cent of people feel an immediate effect, 30 per cent can see an improvement over time, but 30 per cent may not benefit at all from anti-depressants. They can be a bit of a sticking plaster and you need to look much deeper. It’s not enough to fix one part of the problem, and it’s best to look at many aspects of the mind and body to get well.

“I developed lots of approaches and strategies to tackle my depression. Partly I adjusted my mindset to shift from needing to be ‘perfect’ to ‘good enough’, but I used four or five physical techniques to support this.”

Today, Kelly has a much calmer lifestyle, her talents as a writer combined with her own life experiences to support others both through her memoir, released last year, her  voluntary work and as an ambassador for mental health charity Sane. Her first book, Black Rainbow: How Words Healed Me – My Journey Through Depression, has been well-received with a second planned.

“I am blown away to be involved with Sane,” she says, “and  it is a privilege to work with them. The role and scope of mental health charities has grown enormously in recent years and often fills the cracks in the NHS.

“I’m well now and I have found an answer for me, but it’s like being a diabetic I’ll always be vulnerable and have a tendency towards depression, but I’ve learned to manage it. I would urge anyone whose mental health is suffering to experiment and dip a toe in every water, try everything. It’s like a road map and everyone has to find their own way.”

Rachel Kelly has created a tool kit to tackle the warning signs of an attack, which for her include insomnia, obsessing and physical symptoms such as breathlessness and a racing heart. Her tactics to keep anxiety in abeyance include vitamin supplements, poetry, nature, mindfulness and using a compassionate mental voice to be kind to herself. Here are her tops for staying sane.

Anxiety tends to make breathing shallow and fast but by forcing yourself to inhale and exhale more slowly, your body has to calm down, and with it your anxious, racing mind, lowering levels of stress hormones cortisol and adrenalin.

When I eat a Mediterranean diet, with more lean proteins, whole grains, pulses, fruit, fish, nuts, cereals and olive oil my mind is more stable. I also take a vitamin B supplement as those suffering from depression tend to have low levels.

Although I’m not ‘sporty’ I know activity helps, and so I cycle to pick my son up from school or sweep the back garden as I wait for a call on speakerphone to be answered. Even a short walk outside to get some vitamin D helps.

I’ve never been a drinker, but after an initial ‘high’, alcohol depletes the neurotransmitters in our brain that tell us to feel happy, so cutting out alcohol can be a good tactic.

It’s easy to let negative thinking take over – self-supporting thoughts and mantras can provide a support. Stick them or your computer and use them in moments of adversity.

A poem can be a lifeline when insomnia strikes. Take Love by George Herbert, Hope by Emily Dickinson and Invictus by William Ernest Henley are personal favourites.

It’s not successful for everyone, but focusing on what one is experiencing in the moment can provide full stops amid the rush, and a reminder to slow down.

Acts of generosity are often linked to higher levels of mental wellbeing. I volunteer to support literacy learning at my local prison, and work with a number of charities and I always feel much better after a session with others.

It doesn’t matter when you sleep, your body will rest when it needs it. Instead of worrying about insomnia and becoming tense, be flexible about napping at another time.

In depression, there is a tendency for people to over-advise. Well intentioned as this is, it’s important to create your own path to recovery. Make a list of approaches that help you, copy and laminate them, and refer back to this when you are struggling.