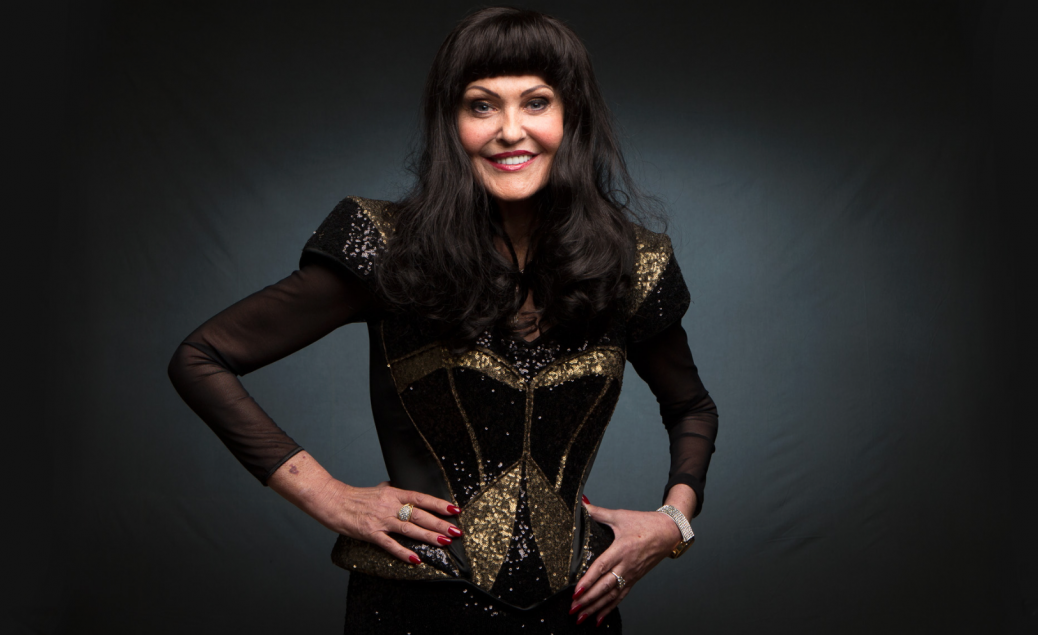 She’s the dragon in the cream jacket, the hard-nosed businesswoman with a distinctive style – and she built her company, Pall-Ex, from nothing to a £100 million turnover. So what is the driving force behind Hilary Devey that took her to the top?

Hilary Devey is clear about the moment she decided she’d be rich. It was after the bailiffs came to repossess her parents’ furniture and the family moved into a cold two-up two-down terrace with “Evil Emily”, her grandmother. She was sitting in Emily’s tiny living room trying to stay warm.

“A visitor came over and turfed me off the sofa and on to the lino. It was then, as I watched the adults soaking up the warmth from the range and felt the cold leaching into my bones, that I can remember thinking just one thing: I will never end up like this. I will never let this happen to me,” she says with feeling.

“I was seven at the time and didn’t even know what an entrepreneur was. I just looked up at the grown-ups around me and decided I’d always make sure that I and the people I loved were secure. And had warm chairs to sit on.”

Born in Bolton in 1957, Hilary’s early bubble of suburban comfort burst when her dad’s business collapsed after a major customer went bust, bills unpaid. From there on, life became a rollercoaster, the first dip being the stay with “Evil Emily” – so named by Hilary because her grandmother was wretchedly mean, stealing money from and feeding her just enough to live on.

After that, her dad took over a series of pubs in the Bolton area, where Hilary watched her dad gather beer tray slops and unfinished drinks, to “recycle” into a barrel whose contents he labelled “mild” and served back up to the punters. It was illegal, but they couldn’t afford to waste a drop. Hilary would even help her dad soak the labels off  Smirnoff bottles and stick them on bottles of cheaper vodka.

“I realized early on, you have to be adaptable, bend to whatever direction life takes you, which is a quality you need to succeed in business,” she says in her no-nonsense way.

Their first pub was the Crompton’s Monument, a mouse and rat-infested dive filled with Irish builders that was forever breaking out in fights. She loved the vibrancy and energy of the place even as a little girl. More pubs followed and she remembers going to 13 different schools over the years. It was impossible to put down roots or make friends. But she was happy working with her dad in the pub, and by age 12 was pulling pints on Wednesday afternoons while her parents took the day off.

Though her old-fashioned dad didn’t believe women needed qualifications, she got her O Levels in the WRAF. She later learned negotiation skills dealing with troublesome union reps working for Littlewoods – “You had to learn to sell a concept,” she says. “To stop the unions from going on strike.”

Soon she was co-ordinating deliveries in the fashion world and went on to work for TNT. Along the way she encountered plenty of sexism, and worse.

Recently in her biography “Bold As Brass” she revealed she was raped as a 12-year-old. She has seen the worst side of men both at home and in the business environment, dealing with Hussain, a violent partner and father to her child, Mevlit, and at the same time putting up with the vilest verbal abuse in business.

There was also more polite sexism, like that of her bank manager who refused to allow her a £20,000 loan to help set up Pall-Ex, the distribution business that would make her a multimillionaire. His advice? “Logistics is a man’s world. I think you should go home and look after your baby.” She walked out on that meeting and raised the money herself.

“Women have just as much toughness inside them as men, and being a rarity meant I could do things a bit differently,” she smiles. “I soon found that wrong-footing people could be the most effective way of persuading them to do things my way.”

When she set up Pall-Ex, at one point she was down to her last 11 pence – so what kept her going?

“I wasn’t chasing money or wealth, because I didn’t set up my own business to be rich. I had a dream of building a company that did things with excellence – and had a strong balance sheet. So I ran my business like I ran my home as a single parent and accounted for every penny.”

And did her life at home give her a special insight that men don’t have? Most definitely, she says:

“Most women underestimate just how much growing a business applies to what they learn as mothers: time management, working to a budget, people skills and the patience of a saint. All those things and more went into Pall-Ex. I had my son, Mevlit, to thank for teaching them to me.”