The genius within by Robin Sharma

Home The genius within by Robin Sharma 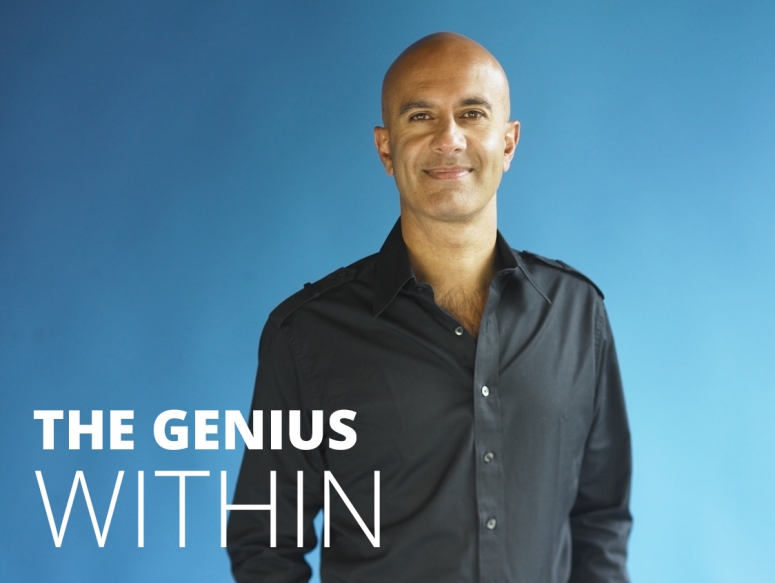 Inspiration can come from many things – a story, a hike in the mountains, a conversation with a friend. But a lot of the time inspiration comes in the form of people – people who have made their mark with their genius. Robin Sharma lists a few.

I have huge respect for those among us who, via their dedication to a vision and devotion to their practice arrive at a place where the world calls them “a genius”.

These are the people who move me, who bring tears to my eyes when I watch them in action or read of their achievements. Heroes. Every one of them.

Genius is much less about genetics and much more about ridiculous amounts of hard work, self-belief, focus and perseverance in the face of any setback

You’re a genius. You have it in you, from the moment you were born. Maybe the people around you have limited it or your fears have stifled it or your distractions have smothered it, but it’s there. Just aching to be expressed. And I’m all about helping you do so, so your life and our world is better for it.

Geoff Colvin’s great book “Talent is overrated” is a must read on this beautiful subject as is “The Talent Code” by Dan Coyle.

Here are five of the geniuses I most admire (I could add 100 more):

Sadly, at the end of his life in 1943 he was nearing madness, obsessive about germs, advocating eugenics and telling people he was working on a ray that would explode 10,000 enemy aircraft.

But at the height of his powers, Tesla was a Titan. He invented the fluorescent light, the laser, the remote control and alternating-current transformers. A true game-changer.

The granddaughter of Mario Prada, founder of the high fashion conglomerate, is in a league of her own when it comes to designing clothes with whimsy and excellence.

I admire her for her exceptionally creative work that results in luxury goods unlike anyone else’s in the marketplace. And for her ferocious productivity. She also holds a Ph.D. in political science.

He painted 1,000s of paintings to deliver just a few true masterpieces to the world. He had little time for socializing, preferring to lose himself for long hours in his studio.

Picasso’s work reflects his originality and comfort with his personal style. An artist and a genius – in the most real sense. Please visit the Picasso museum in Barcelona WHEN you can.

Before there was Zuckerberg and Brin, Dorsey and Mayer, the dominant tech genius was a man in jeans and mock turtlenecks named Steve Jobs. He was mercurial, rude, meticulous and so far ahead of his time peers spoke of his “reality distortion field.”

Jobs disrupted convention and ran his own race. He wasn’t about the money – he was all about the beauty of the products he made. And for that, I love him.

With her explosive serve and her mastery on the tennis court, Williams has risen to the lofty realm of sports genius.

She has trained her brain via relentless practice over many years to spot opportunities her opponents can’t see and to make moves few others can make. I’d also add Lionel Messi, Michael Jordan and Tiger Woods to this group.

Robin Sharma is the #1 Bestselling author of “The Leader Who Had No Title”
See more of his writings at: http://www.robinsharma.com