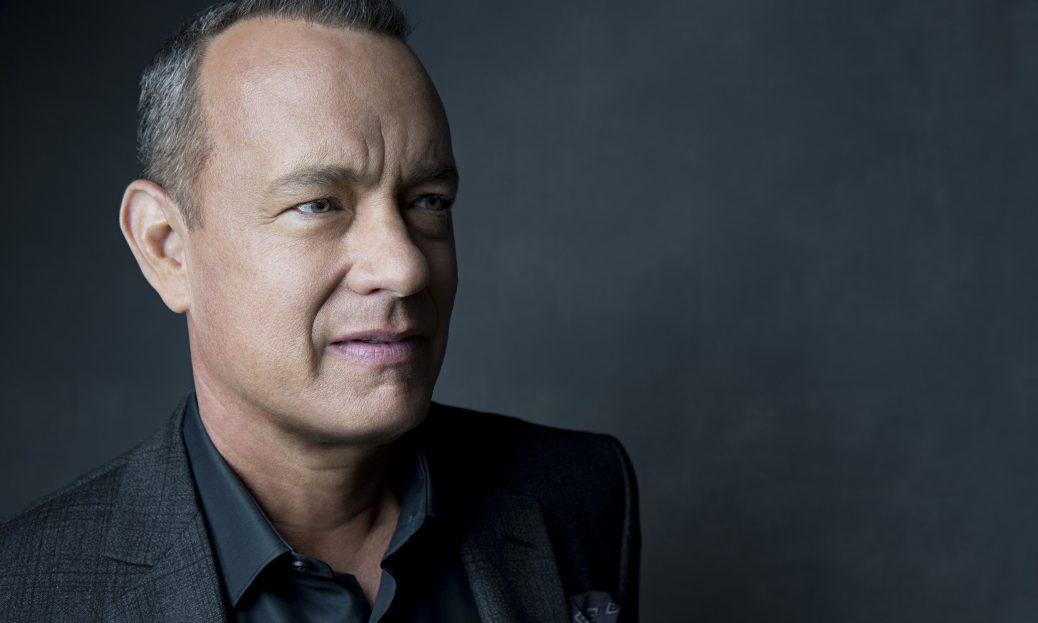 He has a face the world knows as one of the greatest actors the world has known. With his new film Inferno out in November, The Best You explores the life of Tom Hanks, and traces his rise to success.

The first five years of Tom Hanks’s life were perhaps the most stable. His father, Amos Hanks was an ex-US Navy sailor who dreamed of moving to Australia to become a writer, but the realities of providing for his wife, Janet whom he married in 1951, and then for a growing family forced him to become a chef.

By the time Tom arrived in 1956, Amos and the family were moving regularly to follow jobs in catering. Amos’s long hours led to tensions at home and his wife, Janet, took a string of lovers. After several attempts to patch things up, one night his father told Tom, and older siblings Larry and Sandra, to gather their things from their house in Bedding, California and get in the car, leaving their baby brother, Jim, with their mother.

Having filed for a ‘quickie’ divorce the month before, Larry headed for Reno where the family moved into a 600-square-foot basement apartment, which was being rented by Winifred Finley – a mother of eight, who had five children at home.With both Winifred and Amos on the rebound, and both in need of support, it wasn’t long before they become lovers. Four days after Winifred’s divorce from her husband, they married. With eight children between them, Tom was often referred to as “Number Eight” as an easier way to keep track.

Hanks later joked that his “parents pioneered the marriage dissolution laws for the state of California,” but the joke reveals much about his early life. In fact it was a deeply unsettled time during which Tom felt “lonely and in the dark”. He remembers; ”To just have been sat down and told, you haven’t done anything wrong. Give us a couple of moments and we’ll figure something out”, would have helped him understand what was going on.

Relatives remember Tom making the best of his situation, developing a flexibility of approach to others, and a charm that amused the kids in the household. Tom was funny and “knew how to push all the right buttons” recalls his stepbrother, Jon. He knew how to get along with other people, without rubbing them up the wrong way, or letting his ego get in the way – a trait that would become legendary on film sets in later life.

Amos’s life with Winifred, whom Tom called Mom, became more difficult as time went by and Winifred embraced Mormonism and after two years, the families separated. It’s a part of his life Tom does not revisit. A deeply private man, he has compartmentalised this period, and maintains a distance from the step-family. One of his key traits is to maintain focus only on those elements most useful to him.

In the first 10 years of his life he moved to 10 different houses and went to five different schools. After the split from Winifred, the Hanks kids were left to their own devices, fending for themselves while their father worked long hours, often eating burned or badly cooked food.

The resulting chaos had a profound effect on him. Tom’s later life was haunted by the notion that he was lonely and “not good enough”. As a teenager working his way through school, two influences helped him. He became involved with an evangelical Christian group at school, which he remembers helped straighten his head. But after moving away from religion he discovered the activity that would make a huge difference in his life: acting.

Tom recalls when he was 13 being deeply moved by watching Stanley Kubrick’s 2001: A Space Odyssey. He watched it 22 times. “Every time I saw it,” he says, “I saw something new, something else that Kubrick had put in. He was able to suspend my disbelief.”

At Skyline School in San Francisco, Hanks followed the magic of theatre and began to study drama under his teacher Rawley Farnsworth. With his shyness, his sensitive disposition and his inner loneliness, acting gave him a way of connecting with people. Farnsworth was an inspiration, getting the students to act in shows as diverse as Shakespeare’s Twelfth Night, South Pacific and The Night of the Iguana. Tom began to show real talent and an obsessive love of theatre. He would drive to theatres alone to watch professional performances, reading the programme from cover to cover and watching the greats: from Shakespeare to Chekhov. But it was after watching the four-hour-long The Iceman Cometh that Tom realised that acting was what he wanted to do. The four hours of sustained concentration required from the play had moved him deeply.

He pursued his passion to study drama at Sacramento State University in 1976. At first studying as a sound man and stage manager, he became increasingly performance-oriented. Here he met other actors who deeply motivated and excited him, and the shy kid Tom finally found a partner in young acting student Susan Dillingham. Now the relationship took over, and the course of his life was changed. By April 1977, Susan was pregnant. Tom realised he would have to provide for his new family. For him, it was the end of university life.

Tom went on to work as an intern at the Great Lakes Shakespeare Festival, returning for three seasons and earning his Equity card to become a professional actor. The responsibility of fatherhood so young kept him so focused. At times, struggling to find the money to for rent or food, the couple moved to New York. Tom continued to scrape a living as an actor – at one point withdrawing their $60 savings from the bank in order to drive from city to city to find acting jobs that nobody else wanted. This mentality of taking whatever job he could get would work against him in the future.

After getting a manager, Simon Maslow, he landed a small part in an obscure horror film and was noticed by acting agency William Morris. By now, the depressing grind of his life led him to start taking drugs – but once again, the realisation that his wife and child needed him made him stop. For Tom, life was at a low ebb, until a scout for ABC invited him to audition for a new comedy show: Bosom Buddies. To his delight, he got the part.

Though the show only lasted for two seasons, from here on, Tom began to build his reputation. He went on to play supporting roles in Taxi, The Love Boat, Family Ties and Happy Days. On the set of Happy Days, he met Ron Howard, who remembered him when he landed the job of directing Splash – the story of a mermaid’s love affair with a man, starring Daryl Hannah.

The success of Splash launched Tom’s movie career, and at the same time destabilised his marriage. Whether it was his wife’s jealousy of his fame, or his own uncommunicativeness, the divorce proceedings with Susan were messy and protracted. Years of psychoanalysis followed as he sought to find a way to make his life fit together. At the same time, he took numerous roles, including Big, for which he was nominated for an Academy Award for Best Actor. Other films were not so great, and it looked for a while as if his acting career would fizzle out in a string of mediocre movies.

Two things changed that. The first was meeting the woman who would become the love of his life, Rita Wilson. She gave him the stability, confidence and love he needed, while taking away his deep sense of loneliness. The second was realising that one word could powerfully improve his career. That word was “no”.

After the failure of the movie Bonfire of the Vanities in which Hanks was miscast, he decided he would never play the “pussy” again – that is, a weak guy trying to get over his broken heart. From here on in he would say “no”, and take only those roles that were interesting and with which which he could really work in new ways.

The decision saw the quantity of movies he was in fall, but the quality rise as he entered the great phase of his movie career. Not long after making this decision, five box office smashes followed: Sleepless In Seattle, Philadelphia, Forrest Gump, Apollo 13 and Toy Story. The Take control of his destiny by judiciously selecting scripts changed his trajectory forever.

Now, Tom Hanks is one of the most successful stars in Hollywood, with 2 Oscars, 8 Emmies, 1 Bafta 4 Golden Globes, and he is also the youngest ever person to win a lifetime achievement at the American Film Institute.

All of this was done by finding the way to balance his particular traits of likeability, his everyman appeal and dedicated professionalism, by focussing on what he wants in life and cutting away those parts that were not useful to him. A deeply private man, the world feels as if they know Tom Hanks intimately. Now, with his wife of many years, Rita Wilson, the true love of his life, he is stable and happy.

It took him a while to get there, but we look forward to many more years of success for Tom. His latest movie, Inferno, is just one more step in the illustrious career of one of the world’s politest and best-loved star.