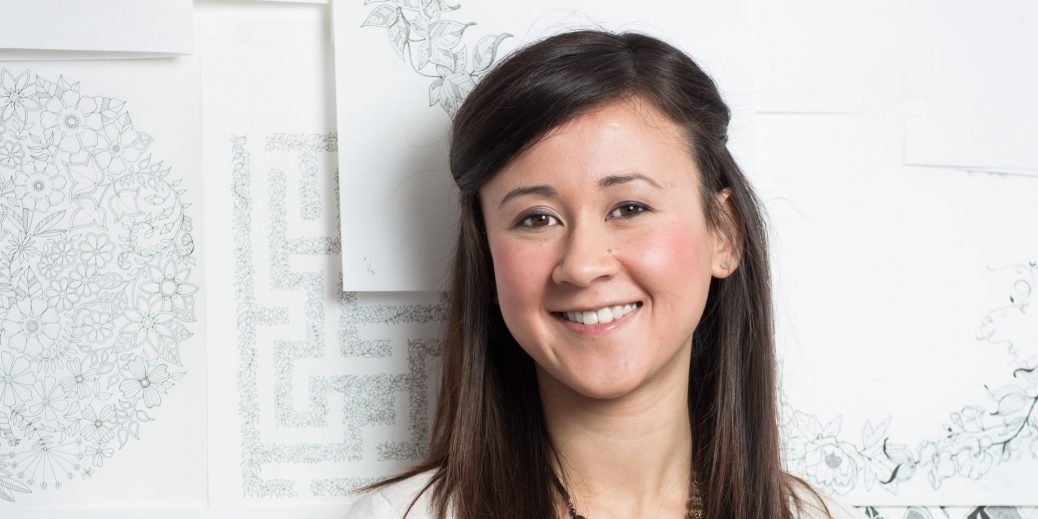 Artist Johanna Basford is the ink evangelist who spearheaded the adult colouring-in craze. Her books have now sold more than 20 million copies worldwide, and she recently collected an OBE as part of the Queen’s Birthday Honours. But as Johanna tells The Best You, it’s not money that motivates her, but helping adults to relax, unwind and be creative

How did you start creating colouring book for adults?

I was working as a commercial illustrator and for years my clients had been telling me they wanted to colour in my drawings. So when I was approached do a colouring book, I said I’d love to do one for adults – something sophisticated and elegant.

That initial conversation was back in 2011 before the colouring-in trend, and the book editors weren’t sure if there would be any demand for books like that and it was in the middle of credit crunch. But I knew there was an underground colouring movement; I had friends who coloured their kids’ books after bedtime.

Creating a book was going to be a big time investment, but I really wanted to – so I thought let’s take a risk. I sat in my studio at home and drew the first five pages, then emailed them to my editor. They got back to me that day and said to go for it!

I finished drawing the first book, Secret Garden, in spring 2013 – it took that long! We printed 13,000 copies first of all – I phoned my mum and told her to buy lots for relatives’ Christmas presents to make sure I’d earn the advance I’d been paid by the publishers back.

Then we went to reprint, and we hit 100,000 sales by autumn 2013. It was amazing. Since then, I’ve published An Inky Treasure Hunt and Enchanted Forest, and my last book Lost Ocean had an initial print run of 1.2 million for the US and UK alone.

Why do you think so many adults are colouring in?

It’s a great way to de-stress. Being ‘in flow’ and completely absorbed in a task – particularly one that doesn’t involve a screen – is so soothing. Everyone’s lives are now so busy and so digital.

Secondly, I think everyone has a creative spark as a child but you lose the confidence as you get older. People just need the opportunity and encouragement to allow it to flourish. An empty sheet of paper can be scary, but a colouring book is accessible and can help you ease your way back into expressing yourself.

There’s also the nostalgia factor. Chances are the last time most people did a spot of colouring in they didn’t have a mortgage, a mean boss or worries about the fiscal debt.

How has success changed you?

It hasn’t changed me; I still live in the same house and have the same friends – but it has afforded me flexibility. In June 2014 I had my daughter and I didn’t appreciate how difficult it is to be a working parent. You always feel guilty. But I am lucky enough to be able to work in my studio upstairs at home with a childminder looking after her downstairs.

People ask how it feels to have sold 20 million books and I can’t comprehend it, but what is so gratifying is to see pictures of what people have coloured in. That’s the sign that we’ve done something good. I see all the books as a collaboration, they’re unfinished until people colour them in, so it’s heartwarming and humbling to think that many people have invested their own time.

When you do something for creative reason rather than a business point of view it changes the way you measure success. It’s about doing something authentic, and the financial side was never a concern. I have a job I love, I help others be creative and I can be the mum I want to be – that’s the greatest of life’s riches.