Brian is the Mayne Event: an interview with Brian Mayne

Home Brian is the Mayne Event: an interview with Brian Mayne 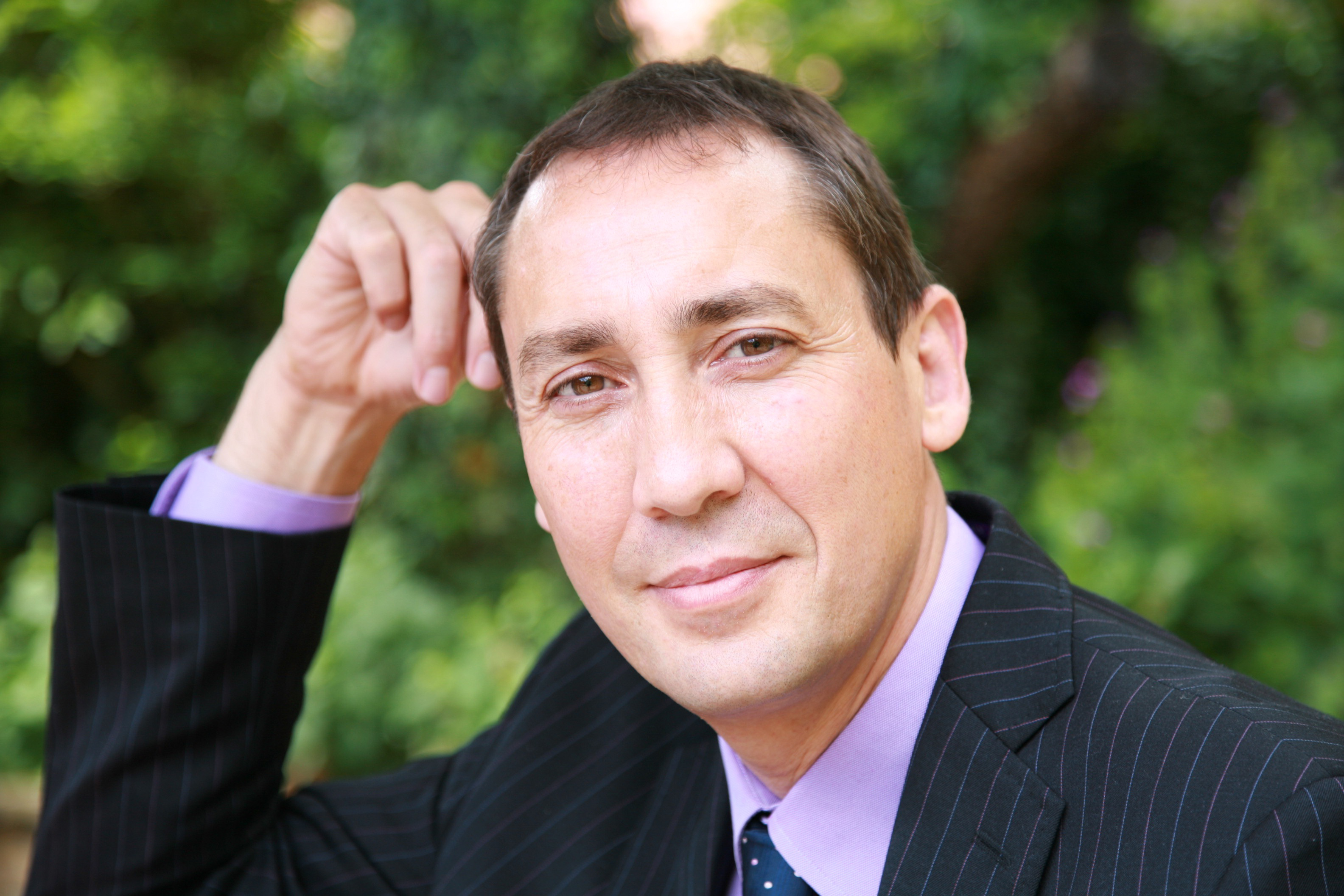 Recognised as one of the leading voices in goal-setting and motivation, Brian Mayne has a distinct British approach to personal development. So how did the one-time illiterate showman become a trainer in the Tony Robbins development programme and go on to create Goal-mapping?

Brian Mayne claims descent from both the Smart family of Smart’s Circus fame and the Chipperfield’s Circus family. No surprise, then, that his early life was dominated by travel, as his family’s travelling funfair equipment business moved around the country. With two bases, one near London and one on the Isle of Wight, where he stayed at different times of the year, it’s no surprise that he never received continual schooling.

Though education was never going to be as important as learning the family business, he also preferred to drop out of school at 13 and work for another reason. Brian suffered from severe dyslexia. By the age of 18 his reading and writing had deteriorated so badly that he “couldn’t fill out a cheque book”, he remembers.

Nevertheless, he was determined to make something of his life, being inspired by the success of his father, who was also illiterate, and by the fact that as the oldest son, he was expected to take over the family business.

After helping run the family’s gift shops, café and amusement arcades, in 1981 he took the business in a new direction by starting a nightclub. He was the youngest licensee in the UK and his club, decorated with waltzer cars, hot dog kiosks and other old fair ground equipment, was a massive hit.

“We had a very alternative music policy and people liked it and came from all over. We were in all the music magazines at the time. We had pop stars coming to the place and we’d become very successful. I stayed in that business for 13 years,” he remembers, savouring the happy times. Then came the recession of the ‘90s, just at the point that Brian was expanding the business to embrace a new club dedicated to the nascent rave scene. The move was a disaster.

“The real problem was me,” Brian admits. “I was terrified of the change that I could see was coming. And rather than taking responsibility and dealing with the change I buried my head in the sand.”

With his father retired and his brother too young to take control, the responsibility to adapt should have been shouldered by Brian. That didn’t happen, and a few years later he woke up bankrupt and with £1,000,000 worth of debt.

“I lost my home. My marriage fell apart under the pressure. I moved back into my old bedroom at my parents’ house on charity and signed onto income support for the first time in my life.”

This was the low point of Brian’s life. It was then that friends persuaded him to get out of bed and work for them in sales. He was 29 years old and could put nothing on his CV, even if he had been able to write one, because he hadn’t worked for anyone else.

Brian joined the sales team “out of desperation” with a very negative attitude. Of course, this didn’t help sales.

“I was hopeless at it. I was blaming the world for my sorry situation and wanted to moan about it at every opportunity. I quickly started to realise that people like to buy things from happy positive people and not miserable moaning negative people.”

It was here that he was introduced to the idea of positive thinking and goal setting at a seminar organised by the company. Although he’d heard such messages before. “This guy put a little bit of additional information, some simple science to back up what he was saying.” That little piece of neuroscience helped him accept the message – that the serotonin released in positive thinking helps us open new pathways and seek solutions.

The message got through to Brian, and he decided to adopt the positive-thinking philosophy “100 per cent” for a year. He used it in all areas of his life, treating his life “as an experiment”.

One of Brian’s most important goals was to learn to read, despite being diagnosed as dyslexic.

“I learnt to read by telling myself I could and by connecting up the brain cells and releasing serotonin.” Brian confides that he has been tested and is still dyslexic, “but,” he adds, “my brain has made some connections that have compensated for it.”

Learning to read gave him a huge lift in his self-esteem and he set about reading more personal development works.

It was then that life for him “took off”. He became the company’s top salesman and was asked to teach others what he’d learned. His teaching style was highly effective.

“I suppose the fact that I hadn’t been traditionally educated made me explain things in very simple ways, which seemed to work very well for people rather than taking a very academic approach and using ten words when one would do.”

From here, someone in the company recommended him to the Anthony Robbins organisation, and in 1993 he started his training career.

Meanwhile, after a flash of insight, Brian developed his own goal-setting approach with a very specific technique for achieving goals. “This technique, what I call Goal- Mapping, just started to take off. I used it first myself for about a year and it really helped me to advance myself, advance my goals and pay off my debt. It’s now gone out to

over 2 million people around the world.”

Nowadays Brian divides his time between his wife and two children and travelling the world to give inspirational talks, developing new products and running Goal-Mapping seminars. His Goal-Mapping system is established as part of the graduate programme run by British Telecom and several blue chip organisations and is being used increasingly in an educational context – an area Brian thinks is vital for it to reach.

“I think the education system has been structured for a long time to teach people hard skills and technical knowledge. Goal setting, I think, was seen as a very soft skill. If you weren’t fortunate to be born into a family where setting goals in a structured way on paper was the norm, or you didn’t mix with people that did that or you didn’t go and work with a team that did that, chances are that you would never discover it in your life.”

students, from primary schools right the way to university. It’s an impressive achievement, and since we’re talking about goals, what is Brian’s goal, now?

His answer is as bold as it is simple:

“I want to help lift seven million lives, to give a lift to seven million people if I can with the simple systems of success I have developed. I feel that if I can do that then it has been a life well spent.”

And is there anything else?

“To balance that with lifting my own two children’s’ lives – because sometimes in my desire to run off round the world and speak at a big conference somewhere and help to lift the lives of a thousand people, I forget that there are two little lives at home that need me.” He looks thoughtful. “And there’s that bigger life, too – my wife. So I’m always looking for the balance,” he smiles.

Brian has travelled a path that has led from gypsy origins to the amusements industry and through to corporate training, education and the world of personal development. His core message of personal leadership through the practice of self response-ability and purpose led motivation have proven as effective and popular with the corporate world as it has with educationalists and the crowds who come to experience his public presentations. As chairman of Lift International Brian is now actively involved in the process of developing and delivering the very finest empowerment material available. His seminars and workshops, like his acclaimed books Sam the Magic Genie and Goal Mapping are both clear in their message and practical in their application. Directed by a principle-centred philosophy, and clothed in the language of success psychology, Brian empowers his audiences with the very latest 'human development' technologies. Amongst his many systems for success, Goal Mapping and Life Mapping have enabled him to help people create and steer change within their lives, winning him the gratitude of his audiences, and a place on the world stage of public speaking. “One of mankind’s greatest fears is that of uncertain change. In reality, the only future thing, of which we can be absolutely certain, is that there will be continuing change to our lives. Learning how to steer the changes of life, towards the things that you desire, is my definition of success – teaching people how to do it, has become my passion and my life’s mission," says Brian.
http://www.liftinternational.com