Age of Innocence by Sue Atkins 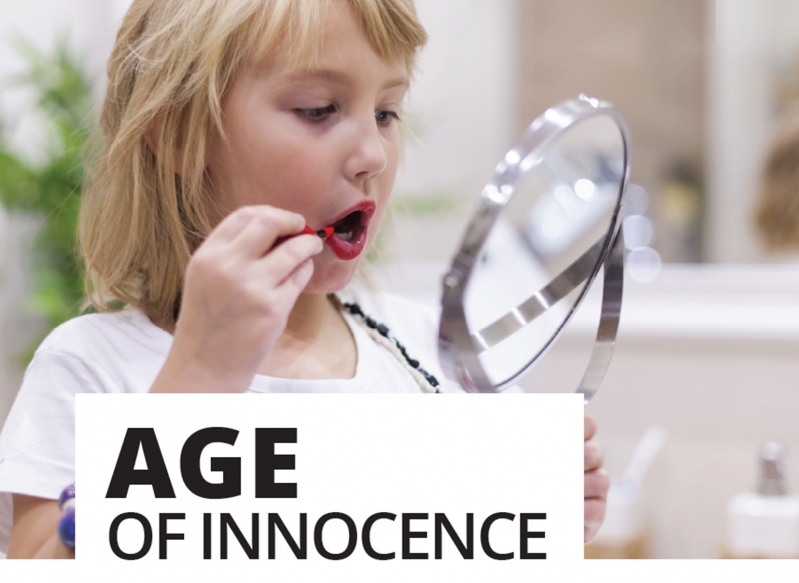 I see Katie Price’s eight-year-old daughter Princess was in the news about the amount of make-up her mum has let her wear. I was talking about it on BBC Radio Three Counties recently.

It’s very easy to celebrity bash and we can all bring up other people’s children but it is a fine balance between allowing our daughters to play around with make-up, our shoes and our perfume to over-sexualising a child too early.

I have a 21-year-old daughter so I know first hand about raising a daughter, and as a child I used to like walking about in my mum’s shoes for fun, but personally I’m not sure I’d have liked my eight-year-old daughter to be seen in public posing in such a provocative stance and wearing such heavy make-up.

I also remember dropping my daughter off at a party when she was eight and the little girl whose party it was, was wearing make-up and it made me feel uncomfortable.

I think there’s a big difference between having fun, dressing up and playing about with mum’s make-up bag and over-sexualising a child.

Children are beautiful, have naturally beautiful skin and hair and don’t need to be told the message too young that they have to look a certain way to be liked, accepted or glamorous.

Self-esteem, self-confidence and self-acceptance are taught by parents initially until a child believes they are beautiful, worthy and wonderful just the way they are.

Confidence and happiness is an inside job and perhaps Katie Price needs to ponder that.