7 ways to face your fears by Dr. Richard Bandler

Home 7 ways to face your fears by Dr. Richard Bandler 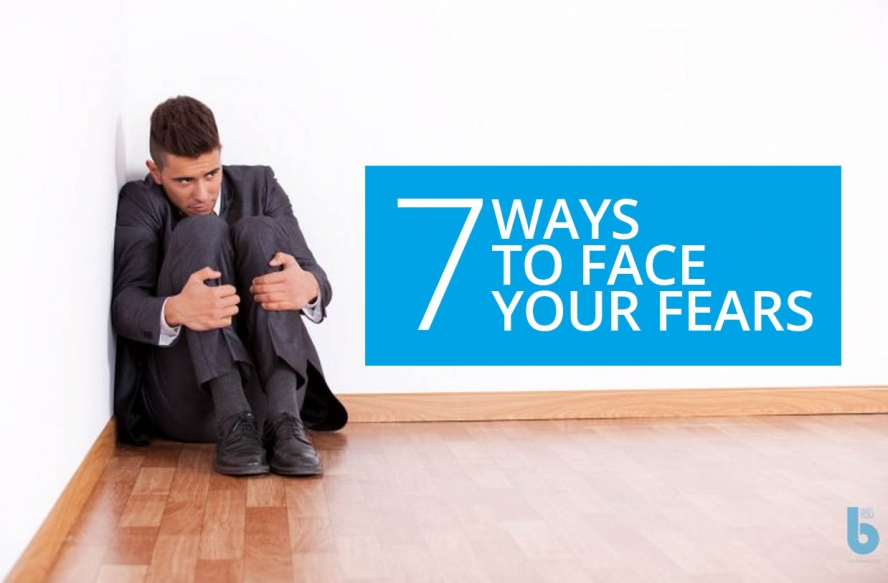 Ahead of his UK seminars, Richard Bandler shares his insight into how we can overcome the phobias that are holding us back.

1. Dont waste your time. How you work with someone with a fear of heights is different to how you would work with someone with a fear of spiders. But the major thing that I get people to focus on is what’s important. In most cases, the phobias have been made into such a big deal that people think about them all the time, which is such a waste of their energy. I ask them to evaluate how much time they’ve spent worrying about their phobia per day. Even if it’s just a half an hour, then that’s three and a half hours a week. Over ten years you’re going to waste a couple of thousand hours worrying, when you could be having fun. That’s when people start to think ‘enough is enough’. When you get there, you know it’s time for a change.

2. Phobias are in your mind With phobias, most people are afraid whether the object’s there or not. Just the other day a woman told me how afraid of spiders she was, and she was shaking in her boots while she was explaining to me. I replied: “excuse me, there are no spiders here. Why are you afraid now?” The truth is, she wasn’t afraid of spiders. She had a huge picture of spiders in her head, and she could barely look at it. She just felt the way she would feel if this huge, imaginary giant spider was there.

3. See the alternative. I have people look and see themselves holding a spider in their hand, and I say: “Do you want to be this person? Wouldn’t you like to be this fearless person? When you look at that don’t you feel, i want that?” It’s all about choice and the direction they want to be headed.

4. Curious creatures. Curiosity beats the alternative. If you’re not curious you’re not exploring the world you’re living in. The fittest organisms are the ones that adapt – and adaptation requires curiosity. Fear is the absolute opposite of curiosity. It’s where you don’t look at things, you don’t find out what works, you don’t find out what’s dangerous. The great thing about curiosity is it blasts fear out of the way.

5. Picture this. Most height phobics get near the edge and start making pictures of themselves jumping off. And that’s why they have fear. If they stop making those pictures and instead make pictures of themselves being relaxed and comfortable and staying away from the edge they’ll be a lot better off. If it’s done in just the right way, it starts to happen unconsciously and automatically.

6. Reverse engineering. To reverse fear, I get people to find the way a direction feels like it’s spinning in their body. Then I get them to reverse the spin. Often, not always, it’s in the guts – the entemic nervous system, which scientists are only just beginning to realise has its own neurology. You reverse that spin, you reverse the feeling, literally.

7. Think. I don’t cure anybody because I don’t think they’re sick. If someone learned to be afraid, it just means they’re dependable. All I have to do is get them to be dependable in a new way. One way is to reverse a memory. When you run an old scared memory backwards, it flattens out the neurons, because those neuro-cortical pathways are selected by size and fired by a chemical charge. Now, here’s the trick to personal change: you create a void and fill it with something better, then it doesn’t go back to what it was.

GET THE LIFE YOU WANT
Buy online at nlplifetraining.com/book/richard-bandler/getthelifeyouwant

Dr. Richard Bandler, is the Co-Founder of the field of Neuro-Linguistic Programming. A distinguished visitor to Menninger's Foundation, a Keynote Speaker for many Associations and Foundations. He has participated at many grand rounds at teaching hospitals. He was an Associate Professor at UCSC and a Graduate Advisor at Colleges. The Society of NLP-Richard Bandler has over 600 Institutes around the world. Dr Bandler is a consultant to many Fortune 500 Companies., the US Military, US Intelligent Agencies, Major League Baseball teams, NFL players and Olympic Athletes. He is a true designer of training programs. He has been the CEO of several corporations from Training and Consulting companies to a Research and Development company specializing in Optics and Holographic Storage systems. Dr. Bandler has continued to improve and evolve the field of NLP and gone on to develop other seminars as well, Design Human Engineering, Persuasion Engineering, Neuro-Hypnotic Repatterning to name a few. He has been interviewed by a variety of magazines from Psychology Today to Newsweek. Most major newspapers, TV Networks and Radio Stations around the world have interviewed him over the past 30+ years. Dr. Bandler, a mathematician, philosopher, modeler, teacher, artist and composer for four decades has left a legacy of books, videos, audios, art, students and a body of knowledge that will change therapy, education and medicine forever. He has hundreds of thousands of students and hundreds of licensed institutes all over the world. Dr Bandler has made his mark and says he is just getting warmed up. His record of helping patients who had been deemed incurable is unsurpassed.
http://www.nlplifetraining.com/richard-bandler