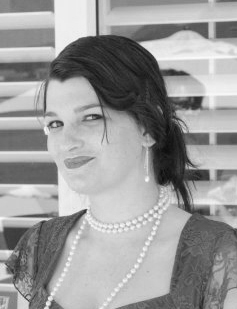 Zoë Henry is from Cape Town, South Africa and earned a Bachelors degree in Media Studies from the University of Cape Town. She worked as a freelance journalist until being hired as a staff writer for online publishing company Jingo Ink in March 2007. She was promoted to managing editor in November of the same year, a position she held for two and a half years.

After leaving Jingo, Zoë began an internship at Marie Claire South Africa, but the talk of conditioner and mascara became too much after a while. She went on to work as a junior editor at Quantum Publishers, where she learned almost everything she knows about print publishing. She was promoted to senior editor and project manager after six months.

In 2012, she bought a one-way ticket to London in search of adventure. She spent the first nine months waitressing in the worst Italian restaurant in London, waking up at the crack of dawn to work in a bakery in Borough Market, selling shoes on Oxford Street, and scrounging for freelance writing work. In February 2013, Zoë was saved from a life of houseshares and menial labour by The Best You, where she currently works as the deputy editor for the UK’s leading personal development magazine.

Zoë loves travelling, bubble baths, vanilla cupcakes, polka dot dresses, and the smell of rain on hot tar. Despite living in London, she is afraid of pigeons. She lives in Brixton with her husband.